We hold these Truths to be self-evident, that all Men are created equal, that they are endowed by their Creator with certain unalienable Rights, that among these are Life, Liberty, and the Pursuit of Happiness.

The media has spilled much ink parsing the meaning of Secretary of State Mike Pompeo’s recently announced  State Department “Commission on Unalienable Rights.” According to the Federal Register notice, “The Commission will provide the Secretary of State advice and recommendations concerning international human rights matters. The Commission will provide fresh thinking about human rights discourse where such discourse has departed from our nation’s founding principles of natural law and natural rights.”

In a statement delivered to the press in early July, Pompeo elaborated on the Commission’s mandate, specifically focusing on the “sad commentary” that, more than 70 years following adoption of the 1948 Universal Declaration of Human Rights, “gross violations continue throughout the world, sometimes even in the name of human rights.” More generally, Pompeo emphasized that an enervating and entropic institutional sloppiness has tarnished and undermined the goals and mission of the 1948 Declaration. International institutions “designed and built to protect human rights” have succumbed to the weight of administrative capture and been whipsawed by political grandstanding of member nations. The proliferation of human rights categories and claims beyond the scope of the mandate of the 1948 Declaration has intensified human rights contradictions and conflicts, making it far more difficult to adjudicate and address which claims are more valid and should possess more standing.

However, the distilled essence of the animus and angst of those participating in the creation of the Unalienable Rights Commission has remained firmly in the ethereum of language, a Fake News critique about the malevolent uses, as Pompeo proclaimed, to which the “dominant discourse” of a time can be used to justify the evils of that time, requiring a vigilance “that human rights discourse not be corrupted or hijacked or used for dubious or malignant purposes.” Harvard Law Professor and Commission Chair Mary Ann Glendon echoed this emphasis on the unreliability of language, failure of cognition, and exploitation of emotion, “this moment when basic human rights are being misunderstood by many, manipulated by many, and ignored by the world’s worst human rights violators.”

All well and good. However, the title of the commission, with its own manipulation of language for instrumental ends, is the tipoff to the mercenary agenda of the Commission on Unalienable Rights. Tactical (and somewhat transparent) use of the inartful and archaic term – “unalienable” – to align contemporary Catholic holy wars (on behalf of natual law, natural rights, religious freedom, and sexual repression) with the celestial political and philosophical dreams of the nation’s founders is a con job that should impress no one.

Legitimate reasons exist for conversation and debate about the scope, direction, and methods of U.S. human rights policy. However, the State Department Commission on Unalienable Rights – hatched from the inventive and restless minds of conservative Catholics (specifically, Princeton University professor Robby George), with no consultation from existing State Department institutions already tasked with defending human rights around the world, and with a gauzy, diverse, goony, and already fracturing member list of uncertain provenance beyond their personal connection to Mike Pompeo and their personal commitment to an anti-reproductive-rights “natural law” lens on human rights – will not be the venue for this conversation.

In a forthcoming 3-part series of essays on natural law for which this post must serve as preface, my goals will be to: 1) introduce the core precepts of Catholic theological and philosophical ideas about “natural law” that frame the political agenda of Christian and other Abrahamic faith conservatives; 2) chronicle the emergence of a philosophically more constrained “new natural law,” with its more specifically focus on increasing religious freedom and  limiting sexual freedom, in response to the Second Vatican Council of the 1960s; and 3) return to the era of the nation’s founders to demonstrate that “natural law,” certainly as Catholic conservatives in the presend day understand the term, was not central to philosophical and political discourse of the era, and that the notion and enumeration of “unalienable rights” itself was arbitrary, contingent, and by no means “self-evident.”

But let’s start off with a few semantic propositions.

What explains the mysterious appearance in the name of a 21st-century government commission of an 18th-century word that, while a tentpole term of the preamble to the Declaration of Independence, long ago fell out of favor? Google Books’ indispenable NGram Viewer tells us that the use of the word “unalienable” peaked around 1780 and has since the 20th century disappeared almost entirely from the English lexicon. At the same time, usage of the essentially equivalent term, “inalienable”, which Lincoln favored during his 1858 debates with Stephen Douglas, maxed out around 1860, and has since also slipped (although less precipitously) into disuse. At the peak of their combined usage in printed materials around 1780, then, the terms “unalienable” and “inalienable” together were used about 2 times more frequently than they are today.

That pretty much no one has incorporated “unalienable” into their vocabulary since 1840 humorously confirms the language lameness of Catholic and natural law conservatives of the First Things persuasion. From which we might learn much about the irrelevance of these conservatives to the contemporary cultural zeitgeist. But perhaps not enough about their concurrent penetration of and unquestioned influence within the halls of power.

Interestingly, use of the related yet opposite (and far more apposite) term “alien,” with all of its profligate noun and adjectival meanings, soared nearly 4-fold between 1780 and 2010, at the same time the use of “unalienable” was plunging inexorably toward zero. This irony may hints at a resolution of this tension between the cultural irrelevance and political potency of conservative Catholicism. “Unalienable rights” ultimately may tell us most about that which is “alien,” and so lacking in rights.

The term “natural law” arcs through the history of English language usage along a different set of slopes. In the decade of the 1770s, when the Enlightenment ideas informing the Declaration of Independence crystallized, “natural law” was invoked in printed materials at a frequency 3 times less than post-Great Awakening peaks in the early 1750s. More significantly, widespread use of the term “natural law” rose steadily following the Civil War, possibly in response to emerging doctrines of legal positivism, growth of a Catholic education infrastructure to accommodate the influx of “alien” Catholic immigrants and, ultimately, post-World War II interest in principles of moral philosophy that might have fortified Europe against totalitarian ideologies.

The adjacent term, “natural right,” flourished in a direction similar to that of “natural law” through the first half of the 18th century, and then maintained its popularity for the next half-century, encompassing both the Revolution and the ratification of the Constitution, before plunging in use in the final decade of the 18th century, presumably as the self-consuming fires of the French Revolution burned away the ideals of the Enlightenment. While the reference to “unalienable rights” in the Declaration is certainly a manifestation of Enlightenment optimism about what we can know and what we can achieve, the history of “rights,” generally, as a framework for thinking about politics has since meandered.

Law of Nature and State of Nature

These theories spoke to the contingent politics in the early modern historical era of relations between individuals and between nation-states. In this sense, the context for “law of nature” and “state of nature” philosophizing, specifically as it informed ideas that were used to justify the American Revolution, was “naturalistic” – focused on the objective and observable realities of existence (creation) itself. In many respects, then, 18th century perspectives on the “law of nature” and the “state of nature were  diametrically opposed to Thomist-Catholic conceptions of a moral order sustained by a transcendent, eternal, and divinely decreed “natural law.”

This semantic analysis leads us to the conclusion that the “self-evident” nexus between “unalienable rights” and “natural law” is at best a spurious dodge resting – given the stakes – on insanely meaningless (asserted rather than demonstrated) assumptions about the first 35 words of the Declaration of Independence. If no logical and historical connection exists between ideas about unalienable rights and the central precepts of Catholic natural law, the entire political program of culture war Catholicism collapses. To fully appreciate the dimensions and import of this linguistic illusion, we need to dig more deeply into the roots and structure of natural law theology and philosophy. 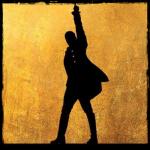 July 29, 2019
'Hamilton the Musical' and the American Historical Imagination
Next Post 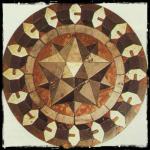 August 6, 2019 God and Religion at Princeton
Browse Our Archives
get the latest from
The Creation Project
Sign up for our newsletter
POPULAR AT PATHEOS Public Square
1