It’s Not Christ-like to Ignore Suffering 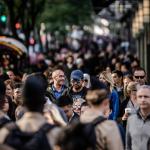 Today we walked through the King of Prussia mall in Pennsylvania.  I’m working here and Laura is here for a week keeping me company.  The mall is so big that we kept getting lost in the mall.  Being an introvert and because of my background, I have some default responses in large crowds of diverse people.  Mainly, I just want to find something to buy so we can leave, but recently some of my default responses have changed.

Jesus also had a default reaction to situations – usually his response was compassion.  Once he landed on the shore and looked out over the multitude.  Seeing them somewhat confused (like a sheep without a shepherd) and he had compassion on them. 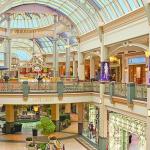 Laura loves the store called Bath and Body Works.  I opted to stand outside while she shopped there.  As I stood outside, 2 black ladies with a large company of children came up – one woman went in and the other stood outside.  I had many default thoughts because of my upbringing, past political assumptions, and even religious beliefs.  I admit my default thoughts were not the best, and even though I am overcoming some of those thoughts, it still takes some effort.

When I am discussing current events, I see the same struggles online.

When I say, Black Lives Matter and someone says All Lives Matter, I assume they are having a default response.  They feel they must says something and instead of just saying yes, they say what makes them feel better – they bypass the issue.  The Black Lives Matter movement is complicated, and it involves systemic racism which has another layer of complexity.

When we assume there is nothing we can do or when we have a hunch that it’s going to be too hard, we do things that help us ignore it.  We continue trying to be not racist but we ignore the suffering because we don’t understand it.  Not understanding should be a clue to work harder, but we opt for the easy road of pretending that it doesn’t exist.

The thought Process goes something like this.  I don’t have the virus, that I know of.  If I get it, there is less than a 1 per cent chance I will die.  I can take my chances, then at least I get to live my life and no one gets to tell me what to do.  After all, what is next?  What will this lead to?  It’s probably all just a big conspiracy anyway.  All of these assumptions are just hopeful wishes for people that deep down are probably scared.

The problem with these assumptions is that there are innocent people that are already being  affected deeply by our carelessness.  Already, over 150, 000 have died, which means probably there have many multitudes more that have suffered greatly.  We can’t just ignore that or compare it to some other stat and say their suffering is insignificant.

Outside the motel where we are staying there was a girl that I’ve seen a couple of times.  She is probably 18-25 years old.  She is thin and shows signs of drug addiction.  She doesn’t look at people, I think because she is trying to be invisible.

Today, she was charging her phone on the outlet outside of our motel, but she quickly scurried off when we got too close to her.  We missed the opportunity to ask her is there was anything we could do  for her probably because we were more frightened of her than concerned with her.

Back to the Mall

As we walked through the multitudes of people at the mall, we noticed there were more people not like us than like us.  I didn’t feel frightened, but I felt a little off center.  I want to bury all my past assumptions, but I think it’s important to realize that they are a part of me as I continue to grow and change.  It is as important to know where I’ve been as to know where I’m going.

I want to be more like Jesus – when my boat lands on the shore of different lands, I want my default reaction to be compassion, not judgement.  Whether that is the King of Prussia Mall or my homeland, I want love to be the go-to and not fear or any other negative reaction.

I know it’s a process and I think I’m getting better, so here’s to the journey!

Photo by Cameron Casey from Pexels 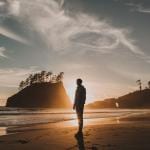 July 29, 2020
Top Ten Things To Contemplate about Religion
Next Post

August 2, 2020 There is No Them
Recent Comments
8 Comments | Leave a Comment
Browse Our Archives
get the latest from
The Desert Sanctuary
Sign up for our newsletter
POPULAR AT PATHEOS Progressive Christian
1

Progressive Christian
Top Ten Reasons NOT to Go to Church...
The Desert Sanctuary 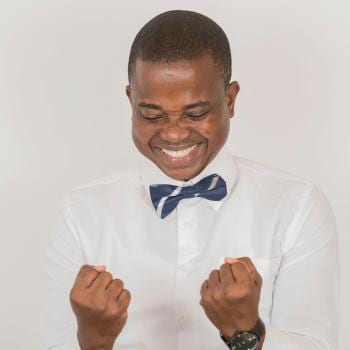 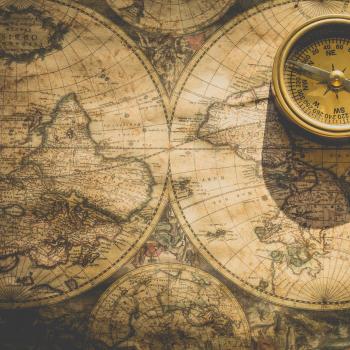 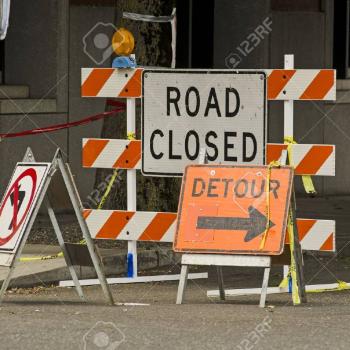 Social Liberation in the Jesus Story (Part 1...
Their focus was very much on this present world, and the gospels...
view all Progressive Christian blogs
What Are Your Thoughts?leave a comment

8 responses to “It’s Not Christ-like to Ignore Suffering”