Despite Criticism, This Woman Loved Much 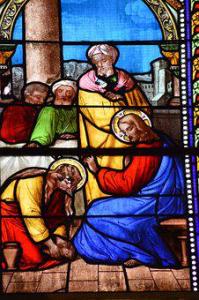 A religious leader—a Pharisee—invited Jesus to a meal. Jesus entered the man’s house and joined others eating the meal.

A disreputable woman there found out Jesus was eating a meal in the Pharisee’s house. Using a flask of costly ointment, she came in and stood behind Jesus—at his feet where he was reclining—and she was sobbing. She began to wash his feet with her tears, then dried them with her hair, kissed them, and rubbed them with the ointment.

“If This Man Were a Prophet….”

While the Pharisee who had invited Jesus was watching, he was saying to himself, “If this man were really a prophet, he would have to know who and what sort of woman this is touching him—that she is a known sinner.” Jesus responded to him, “Simon, I have something to tell you.” (“Tell me, teacher,” he said.)

A parable of forgiveness

Simon answered, “The one, I suppose, whose greater debt was forgiven.”

The Pharisee and the Sinner

Jesus said to him, “You got it right.” Jesus turned to the woman (but was speaking to Simon), “See this woman? When I entered your house, you didn’t offer me the customary water for my feet. She has bathed them with her tears, dried them with her hair. You didn’t offer me a welcoming embrace—she hasn’t stopped kissing my feet since the time I came in here. You didn’t offer conventional oil for my head—she has caressed my feet with ointment. So, I tell you, her many failings have been forgiven; clearly, she has shown great love.

(The one to whom little is forgiven, loves little.)”

Jesus addressed her, “Your sinful faults are forgiven.” The others at table were saying to themselves, “Who is this—who even forgives sins?” But Jesus addressed the woman, “Your faith has saved you; go in peace.” (Luke 7)

This incident receives a different treatment and interpretations in the different Gospels. The story seems to have come down in a variety of ways.

The difference in cultures complicates the story further. The basic story is Jesus is eating a meal in a public situation, a woman fusses over his body. A discussion follows.

Luke’s version stresses sin and forgiveness. Consistent in his treatment of both women and forgiveness, the author emphasizes that her past is washed away by her tears. She treats the body of Jesus in ways that emphasize respect, love, and custom – ways contrary to the treatment of Jesus would have expected from the host. The real issue, however seems to be forgiveness for a past life

Sin – past and Present

In their culture, someone “sinful” might be behaving in ways having nothing to do with our definition of sin. In the language and culture of Jesus, sin referred more to waywardness than to disobedience. a veering off the right path, a departure from your ongoing direction.

Deliberate or indeliberate was irrelevant. And forgiveness meant you have found your way back, with help, to the Right Way. It implies guilt and remorse–but that internal attitude seemed unnecessary. Actions count. The young man is lowered to Jesus and is told his sins are forgiven. We see no confession of guilt or admission of remorse

In our language and culture, sin always implies immorality. Sin is almost always disobedience, defiance of God. For non-believers sin amounts to a departure from the deeper principles of civility, behavior, norms and the general mores of the society. If society accepts it, it is not a sin.

Their idea of sin included a larger orbit. This woman might’ve been a persistent loudmouth, independent, more defiant of society rather than of God. She may have been more infamous than immoral, more scandalous than evil, more gossiped about than wicked. Her “sin” may well have been something that in our behavior code was simply obnoxious, rude, or non-feminine.

Jesus accepts the touching of his body by this woman. Apparently, the Evangelist and Jesus see and describe a love that is not just spiritual but palpable – body to body. It is authentic, mutually respectful, and – to use our terminology – something clicks between the two. The woman “gets” the love that Jesus preaches; Jesus “gets” what she is trying to say about her past and present – and future.

There is much loving in the world beyond the rules of society. Outsiders – the Pharisee and ourselves – may be judgmental. The truth is deeper than what we bring to what we see in others. My understanding and my ideologies are not God’s. Respect, authenticity, and genuine love may be happening in ways that my limited mind and heart do not recognize or acknowledge. “Who am I to judge?” 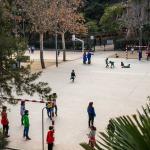 September 16, 2022
Listen to Real People, not This Generation
Next Post 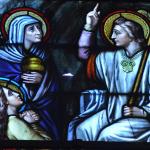 September 17, 2022 Joanna and Susanna – and Mary and Mary
Recent Comments
0 | Leave a Comment
Browse Our Archives
Related posts from The Following of Jesus and His Good News 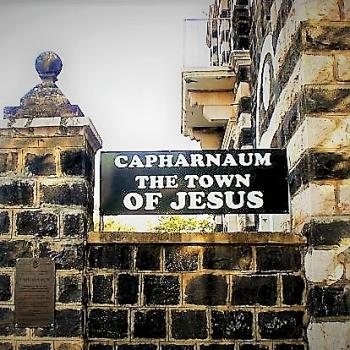 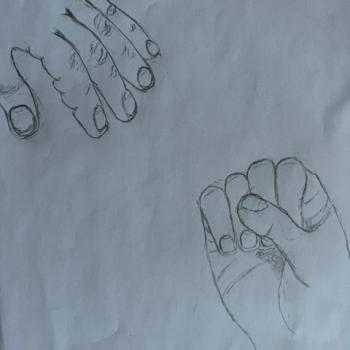