The Poor on the Periphery, the Treasure of the Church

The Poor on the Periphery, the Treasure of the Church March 9, 2015 Zeger Polhuijs 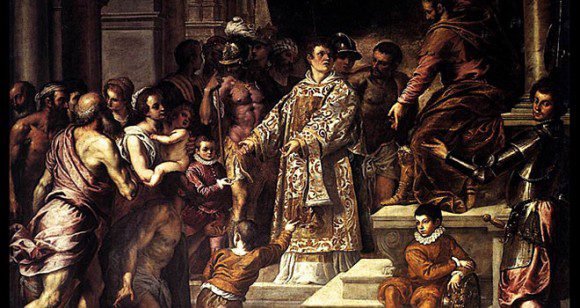 Visiting the Community of Sant’Egidio in Rome for a full week in February was the experience of a lifetime. Spiritually and socially it was a profound experience in what turned out to be a pilgrimage of charity and peace. Intellectually speaking, it raised challenging questions on the state of the Church and the Catholic faith in Europe, the pontificate of Pope Francis, and the ways in which his teaching and example might be put into practice.

My visit happened to take place at a significant moment: the day before I travelled to Rome, the Vatican released a statement on the beatification of Archbishop Oscar Romero of El Salvador. He was now officially recognized as a martyr and would definitely be beatified. Remembering Archbishop Romero, who was murdered while celebrating mass on March 25 1980, has been very important for the Community of Sant’Egidio for many years because of his efforts for peace and for the poor. On the evening I arrived in Rome I attended a thanksgiving prayer of the community for the occasion of this joyful news, which was held in the basilica of Santa Maria in the Trastevere neighbourhood.

The next day I visited San Bartolomeo church on the island in the Tiber river. In this church, dedicated to the 20th and 21st century martyrs, I saw the very missal Romero had been using on the day he was martyred. This suddenly brought an already familiar story very close to my heart.

Over the course of the week, I participated in the community’s service to the poor, especially by visiting the homeless on the streets and in a train station, and serving meals in the community’s restaurant for the homeless. At the same time a group of bishops from various continents visited the Community of Sant’Egidio in Rome. They were received by Pope Francis during an audience, during which he repeated the challenge of what could be called his ‘missionary ecclesiology of the periphery’: “Look at the peripheries and the last”. Within a few days he would put his money where his mouth was, himself, by making a surprise visit to a shantytown in a parish in the Pietralata suburb.

In the first two years of his pontificate, Pope Francis has spoken a lot about ‘center’ and ‘periphery’. He spoke about it frequently in homilies and speeches, and reflected on it in Evangelii Gaudium. As I traced the origins of the Community of Sant’Egidio in various neighbourhoods of Rome during my visit, I learned about the way in which this lay movement has put these missionary concepts into practice during its history (which is of course one of the many possible ways it can be done).

To whit: On February 7 1968 a number of Italian students gathered in the Chiesa Nuova (‘new church’) of St. Philip Neri to discuss what to do about the loneliness in their city. They decided to start visiting the poor inhabitants of the ‘borgate’, the peripheral shantytowns, focusing on improving the lives of its children. In 1973 the community moved into a dilapidated former Carmelite convent in the central Trastevere neighbourhood, which included a small church dedicated to Saint Egidio (this would later lend its name to the community). The motivation to establish a presence in a central neighbourhood of the city was this: to be able to establish a more universal presence in the city’s peripheries. In this small church the growing community could gather to pray as its service to the poor found its way to more and more of the outer neighbourhoods. The center not as a goal in itself but as a means to the goal of a presence in the periphery.

How does this work out nowadays? Two things are clear: the community is still developing its extensive outreach with the various kinds of poor people in the many peripheries, and the church of Sant’Egidio has ceased to be able to accommodate the growing number of community members.

On the 47th anniversary of the community, which was during the week of my visit, a festive mass was celebrated in the massive basilica of Saint John Lateran. Not only bishops, politicians, and diplomats attended, but also the community’s many peripheral friends: the elderly, the disabled, the homeless, and the children. It felt like being confronted with a contemporary and living icon of the story of Saint Lawrence of Rome presenting the poor to Emperor Valerian as the treasures of the church.

That is what I think I saw that evening: a living icon of the presence of Christ in the periphery, being put together in the center of the universal Church.

Meanwhile, the state of the Church in Europe is still worrisome, and the situation of the decreasing number of Catholic faithful, especially in the Netherlands, seems to be more discouraging every year. What is to become of the Catholic community as a minority in a Europe with increasing ethnic, cultural and religious tensions? What is going to happen to parish life with so much churches closing and so little callings to the priesthood? Are the movements, the Community of Sant’Egidio being one of them, going to save the day like the cavalry in a Western movie which always arrived late but in time to save the besieged protagonists?

And what about the poor, and the refugees on their rafts in the Mediterranean? During the next month, I will try to reflect on these questions as I will work on my thesis on the Community of Sant’Egidio as a case study to understand the role of the ecclesial lay movements in contemporary Catholicism. Let’s hope it will not only bring knowledge, but also some wisdom. 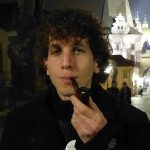 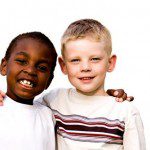 March 5, 2015
That Human Decency Stubbornly Persists is Hopeful
Next Post 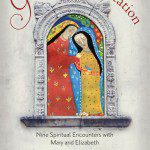 March 15, 2015 What "Gifts" are Found in the Visitation of Mary to Elizabeth?
Browse Our Archives
get the latest updates from
The Font
and the Patheos
Catholic
Channel
POPULAR AT PATHEOS Catholic
1 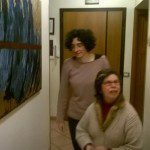 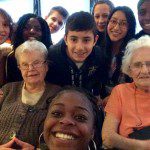 Catholic
A Community of Buoyant Friendship Amid Gathering Clouds
The Font