Mary of Nazareth and #MeToo 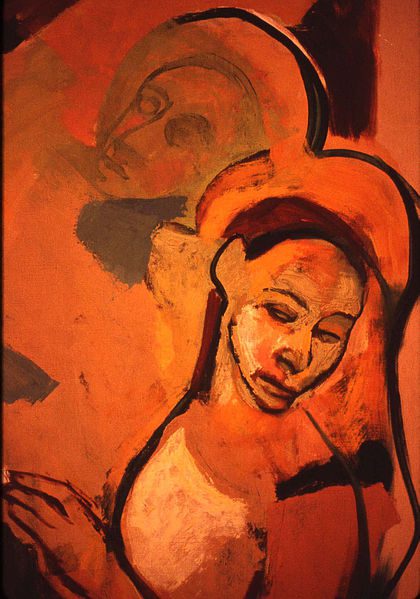 Every woman I know, including me, can legitimately say: “Me, Too.” But maybe the most famous of the “Me, Too” women couldn’t come forward and admit that she’d been sexually harassed or touched against her will. Instead, men wrote her narrative. They decided she wasn’t a victim of non-consensual sex; rather, she had been chosen for the most important job ever: to carry in her womb the Savior of mankind. And how could Mary say otherwise?

The book of Mark, which scholars believe is the oldest of the four gospels, does not offer Jesus’ birth story at all, nor does it name a birth father. Instead, Jesus is simply “the son of Mary.” He doesn’t become God’s “son” until John the Baptist baptizes him. So no Holy Spirit father. Just an absentee father.

Only the books of Matthew and Luke claim that Jesus had no earthly father, but was conceived of the Holy Spirit to a virgin. The books of John and Joseph refer to him as the “son of Joseph,” but most people believe that Joseph was recognized as Jesus’ adopted, but not biological, father.

Growing up Christian, I took it for granted that Jesus was not conceived of a human father, but rather of the Holy Spirit. But after a personal religious quest, I found that this explanation didn’t do it for me. Like many people throughout the ages, including early Church fathers, I had a problem believing that the Holy Spirit impregnated Mary. So if it wasn’t the Holy Spirit, then who was Jesus’ baby daddy, I wondered, and what was that person’s relationship to Mary?

Texts other than the Bible make mention of Jesus, and what they have to say about his paternity is intriguing in light of the present moment we find ourselves in in relation to sexual politics.

The third century church father, Origen, quotes the 2nd century Greek philosopher, Celsus, who recounts that a Jew told him that

The Jewish Talmud makes a number of references to Jesus, and refers to him as “son of Pantera.” The Greek name “Pantera” is attested to in the first century C.E. and was in use amongst Roman soldiers. The 20th century writer Thomas Hardy wrote about Pantera in a lengthy poem. In part, he imagined Pantera meeting Mary:

“Well, I was young, and hot, and readily stirred

The convalescence of the soldiery;

And I beguiled the long and empty days

By blissful yieldance to her sweet allure…

We met, and met, and under the winking stars

To the pure eye of her simplicity….

Given that the Pantera rumor had been bandied about for two millennia, it was of great interest when, in 1859 a tombstone of a first century Roman soldier was found in Bingerbruck Germany. The inscription reads:

Turns out, the soldier who was buried in Germany had belonged to a unit that was stationed in the Galilee and sacked Sephhoris, a town just a few miles from Nazareth in 4 BCE. This Roman unit remained in Palestine until 6 CE. It was then sent to Dalmatia and finally to Germany in 9 CE. Taking into account that Tiberius reigned from 14-37 CE, and Pantera would have taken on Julius Tiberius’ name, as did other Roman soldiers, then he would have been of age, and in the region, when Jesus was conceived.

What to make of all of this? Obviously, for those who believe Jesus arrived on earth without a human father’s help, none of this matters. But if, like me, you find it difficult to imagine that Jesus could have a biological mother but not a biological father, then this conjecture, that Jesus was the biological son of the Roman soldier Pantera, might fill in the blank.

Beyond the question of Jesus’ paternity, which is interesting in its own right, is another question: was the teenage Mary a willing participant in communing with either Pantera – or a spirit god? Perhaps Mary, too, could have hashtagged, “Me too,” if she’d been allowed to write her own story.

About Angela Himsel
Angela Himsel grew up in Jasper, IN, as a member of the doomsday Christian faith, the Worldwide Church of God, now a mainstream evangelical church known as Grace Communion International. Her lifelong search for salvation and understanding led her across the globe, ultimately bringing her to a very unexpected place: as a practicing Jew on Manhattan's Upper West Side. Angela's memoir, A River Could Be a Tree, recounts that journey. For more, visit angelahimsel.com or figtreebooks.net. You can read more about the author here.
Previous Post 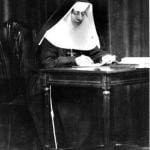 March 3, 2019 St. Katharine Drexel’s Life Teaches Us That Philanthropy is a Sacred Call
Browse Our Archives
get the latest from
The Font
Sign up for our newsletter
POPULAR AT PATHEOS Catholic
1