To Believe or Not To Believe? Part 2: Faith vs. Knowledge

To Believe or Not To Believe? Part 2: Faith vs. Knowledge October 21, 2018 guest writer 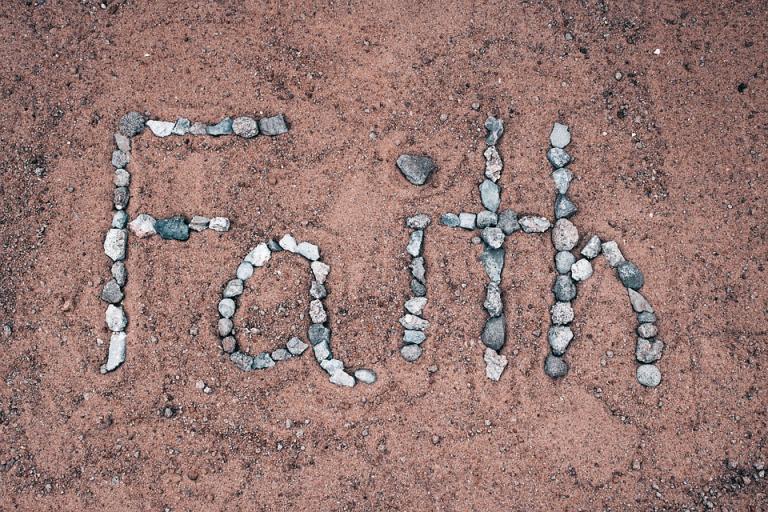 Now I bring in “knowing and knowledge” to bump up against believing and beliefs.  I know both sin and suffering for I have done them both, but what shall I believe about them?  Common usage of the terms knowing and believing amount to this:  what you know you don’t need to believe; what you believe you don’t yet know.  Simple, no?  Add to this the fact that each of us knows very little and we believe a lot more. We know when we make a judgment that the evidence conclusively supports our claim to truth. For example, I know that there is a Subaru Forester in my driveway,  that it is a good car and in fact the best I have ever owned.  No need to believe that!

We believe when we don’t have the evidence but we do have trustworthy support for the claim.  So, I firmly believe that Manhattan is an island but I don’t know it is. I take to be true what the maps and the surveyors who drew them up tell me.  I don’t believe that the moon is made of green cheese because I’m told by scientists that it’s made of rock, and I believe them.  I think the scientists have evidence for their claim and so I believe them.  For all I know Manhattan could be an isthmus or a peninsula. Frankly I don’t know what the moon is made of, never having set foot on it and never having taken a bite.

To make a bit of a leap, what I was taught in my Catholic education (Richard Dawkins thinks it was child abuse) about knowledge and religious belief is just as simple:  (1) everyone can know God by reason up to a point but everyone can also believe in Him as a matter of faith which isn’t the same thing as knowledge;  (2)  believing by faith is made possible for us by God’s grace.  We couldn’t believe by faith without God’s grace, and that believing done by God’s grace carries some special kind of certainty that doesn’t accrue to ordinary beliefs;  (3) we can’t know  most of what we believe by the gift of God’s grace because those truths are revealed by Jesus and confessed in the church.  This is how I put this age-old teaching to work:

I believe in God the Father almighty maker of heaven and earth. I believe in Jesus Christ His only Son, Our Lord, who was conceived of the Holy Spirit and born of the Virgin Mary, was crucified under Pontius Pilate, suffered, died and was buried and rose again on the third day and sits now at the right hand of God. He will come again in glory to judge the living and the dead. I believe in the Holy Spirit,  the Holy Catholic Church, the communion of saints, the forgiveness of sins, the resurrection of the body and life everlasting. [2]

What throws some people, especially intellectuals, into confusion is this:  Can we know, but not know how we know?  This is one way of putting the philosophical issue.  The beliefs in ordinary print are historical events which conceivably could be known (they are after all historical in the ordinary sense} but aren’t in fact known by reason since there is sparse evidence for them.  They are “reasonable” beliefs, perhaps, but not certain historical knowledge.

The first Vatican Council (1869) taught that we CAN know that God exists, not that we DO know, but my own opinion is that everyone knows but some do not know that they know and do not believe in what they already know.  That means that New Age Atheists like Richard Dawkins work very hard to deny explicitly what they implicitly know is true. In my opinion this is THE struggle, THE tension of the human spirit, whether to believe what we already know implicitly, namely that “it all makes sense” even when it sometimes appears to make no sense at all.  What Dawkins charges is child abuse is actually Socratic education making explicit what is implicit in human and natural being.  Dawkins doesn’t get this:  if anything makes sense, everything makes sense. God is.

The distinction between knowing and believing holds for the other beliefs listed in the creed in heavy print, because those are not known either explicitly or implicitly but believed, and in fact cannot be known (except the unvarnished fact that God is) and can only be believed. They are matters of revelation not of reason. For example, I believe with the church that Jesus was born of a virgin but I don’t know that she was a virgin.

How do we come to believe these claims when we can’t know them?  We can’t know that Jesus is the Son of God, was raised from the dead, ascended into heaven and will come to judge the living and the dead. We can’t know the Holy Spirit, that the church is holy (especially given the past three decades of scandal), that sin is forgiven and there will be resurrection of the dead and life everlasting.  If we can’t know them, why do we believe them?  Theologians make admiral attempts to show us how “reasonable” these beliefs are but none of these attempts moves the beliefs over to the arena of knowledge.  They are literally “Mysteries of the Faith.”

We come to believe them because they are the very meaning of the church and we need and want the church. We believe what the church believes and has believed because we want to live in the church, and the church is a believing just as much as it is a worshipping and serving community.  What we see in the church is the body believing because it is good to believe and that good is identical with the church and its believing.  In other words, I am not a Catholic because I believe certain things but I believe these things because I am a Catholic (or an evangelical), and being a Catholic (or an evangelical) is a very good thing indeed. We believe these things because we want to live in the believing, worshipping and serving church. We want to be “in Christ.”

Now there is the somewhat vexed question of the certainty of the beliefs we hold. Some Catholics are convinced that there is some certainty attaching to their religious beliefs that elevates them practically speaking to the level of knowledge (which itself is certain when it is true).

For example,  I believe God is triune but in fact I don’t know that God is. I believe God is triune and that belief is well founded in the life of the church but it isn’t knowledge of mine. It is close to certain, i.e. close to knowledge, but it is not in fact certain, at least for me. There is always room for doubt precisely because this believing is not knowledge. Believing that Jesus of Nazareth was born of a Virgin is not known and cannot be known, and I believe it because it seems to me to be an important, indeed central, belief of my church but it is not my knowledge and so cannot be certain.  You will note that I attach the possibility of certitude to knowledge and deny it of belief.

And here begins the next argument:  are my religious beliefs certainly true? No, because they are beliefs and never become knowledge or a “form of knowledge.”  Yes, the beliefs are certain, say those who do not agree, for these beliefs are not MERE beliefs but religious beliefs and so the unfurling of the gift of God’s grace wherein lies the source of their surety.  Far from being “mere” beliefs, some say, they are “a form of knowledge” which is supernatural.  Some might even argue that I may doubt and “merely” believe but the church knows and so we may rest in that certitude.

Well, what can one say in such a disagreement?  It may make great sense to believe what the church believes, but that ”great sense” attaches to the evaluation of the value of belonging to the body which believes. It does not become knowledge in any sense. Granted such beliefs are cognitional, that they have an intelligible content,   that they make a claim to truth, that they “intend” truth, but they are not knowledge nor the content of a completed act of knowing.  Could those who disagree with me be correct and I be incorrect? Surely, for after all I am merely thinking and believing and not claiming to know “for sure.”

All this leaves out the role of “faith,” something we can return to on another day if indeed we have another day. 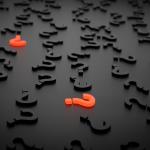 December 18, 2018 Mary of Nazareth and #MeToo
Browse Our Archives
get the latest from
The Font
Sign up for our newsletter
POPULAR AT PATHEOS Catholic
1

St. Mary Magdalene Was Not a...
Femina Ferox
Related posts from The Font