Has Pope Francis Betrayed His Supporters By Failing to Enact Reform?

Has Pope Francis Betrayed His Supporters By Failing to Enact Reform? May 14, 2020 guest writer 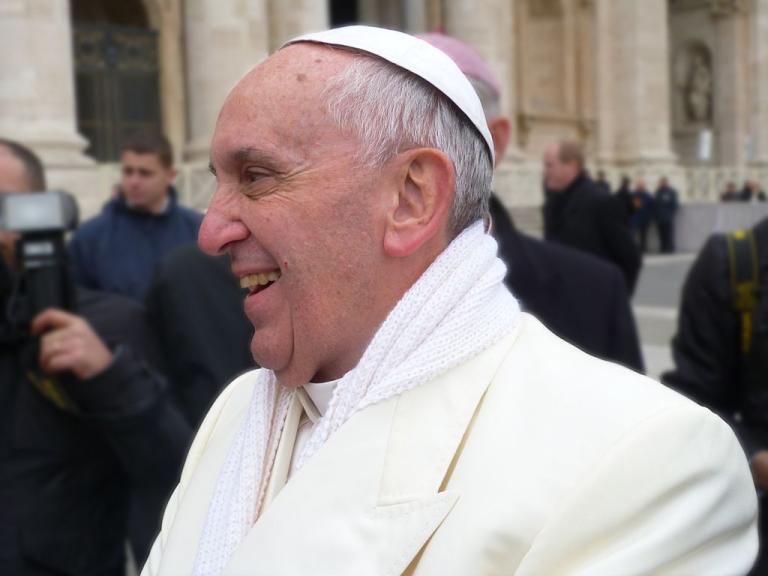 This is a follow up to a previous piece addressing criticisms of the pope by progressive Catholics.

I think that Jamie Manson [NCR 4/14/20] in her recent column on Pope Francis is journalist on a crusade. There is nothing wrong with that. Thank God for journalists on crusades! Had it not been for Jason Berry and Spotlight we might still be in the dark about sexual corruption among our clergy. They kicked off public awareness of church’s worst scandal. On this journalistic  score I would place Manson on a plane with Jennifer Rubin of The Washington Post, my very favorite reporter-critic on the subject of our current president. However, I think Rubin has picked the right target and Manson this time the wrong one.

We are in the same kettle again when we read Massimo Faggioli’s review of Pope Francis’ papacy. Professionally Faggoli is a historical theologian as well as a journalist. I am piqued by Manson’s biting critique of the pope but I am professionally as well as personally disappointed by Faggioli’s two part analysis. [La Croix 4/19/20]

According to Faggioli the church is faced with yet another crisis, this time Francis’ papacy itself. The “eighty three year old” (note the implicit ageism) pope doesn’t realize that his “strongest supporters are becoming disillusioned” with his response to issues or his lack thereof.  I’m one of those strongest supporters, but, unlike Faggioli’s friends, I’m still thoroughly ‘illusioned.’

Faggioli claims that “the dynamism of his pontificate has begun to reach its limits.” Furthermore, the pope’s “spiritual insights” lack a “clear systematic structure” that can be translated into institutional reform. I get the point: the pope has run out of gas and the church is suffering because the pope can’t think systemically. And besides, he is “eighty three years old.”

Pope Francis is doing just what meets the need of the church, and he’s more likely right than Faggioli or me. I have a view of reform far to the left of the pope and Faggioli. In fact it is so radical a view that even Faggioli would gag on it. But so what?  Francis is the pope and I am not. He’s the “decider” and I’m not. In addition I admire both his actions and his refusal to act  even when I disagree.

I sympathize with Faggioli’s worry about a possible right-wing charge that Faggioli is a liberal donning an academic objectivity cloak, though I think he clearly is a liberal. He wants to be taken as a “good Catholic” without an ideological back-pack, and he may be a good Catholic but no one familiar with the American Catholic landscape would place him in the center or on the right.  He’s a lefty reformist while I am a radical solely in matters of ecclesiology.

Let’s take a look at Faggioli’s reasons for claiming that the church is in yet another crisis because the pope isn’t moving things along and seems incapable of doing so.  Faggioli points to the recent failure of the pope to follow up on the questions of female diaconate and married priests put to him by the Amazonian synod. He also points to the makeup of the pope’s second Commission on the female diaconate. The pope, he claims, has betrayed his supporters, and left them in a state of shock and disappointment. Francis won’t act and so the church isn’t making the decisions necessary for institutional reform.

In Faggioli’s view the crisis is caused by three things: Francis’ “hands off approach” [dialogue and encounter?] and so he’s “allowed the traditionalist sideshow to continue.”  In addition, he’s delayed  the document on reform of the Curia several times.  He hasn’t silenced Sarah or rebuked Mueller. In fact he has compromised with the traditionalists!

What, I ask, should the pope do with the right wing? Return to the days of John Paul II or Pius X, to the days of the imperial and autocratic papacy, and command silence?  Faggioli paints Francis as an old man over his head, isolated, lonely. To draw the bottom line Faggioli implies that Francis should resign. He entertains no hope for the remainder of Francis’ term

M.S.Winters, for his part, maintains that Faggoli is “deeply respectful, expressing concern not scorn.” (NCR 3/20/20) But, he says, Faggioli should be “a tad less definitive in his pronouncing this pontificate has lost steam and is now in crisis.” But why hasn’t Francis “moved forward?”  Winters suggests: (1) Don’t clericalise women by ordaining them deacons if you want to end clericalism. (2) The Amazon synod was not the proper vehicle for changing the celibacy requirement for priests or ordaining women since these are questions for the whole church, not ones to one decided by papal fiat. (3) We shouldn’t want reform that further divides the church.

Even two thirds agreement is not enough for change of this magnitude. The church as a community needs the same ninety percent as happened with the bishops’ votes at Vatican II. A papal decision one way or another will predictably eventuate in schism. Don’t decide until the whole church has had much more dialogue and encounter to reach consensus!

As Faggioli admits, thank God the church isn’t governed by academics (or journalists!). My experience in academia is that we are commonly afflicted by tunnel vision and liable to possession by the devils of ideology and group-think, myself as much as any though I struggle against them with little success. Both Manson and Faggioli  in their comments give us a picture of what we would have on our hands if they were the “deciders”! I pray we have all learned the lesson of what the rule by intellectuals provided in the previous two pontificates, neither of which wanted significant reform and one of which collapsed under its weight.

Secondly, in line with Winters’ plea for patience, I am reminded that it took two hundred shameful years and six hundred thousand deaths to undo slavery, and another hundred years of social pain and lynching to begin to include African Americans in full citizenship in “the greatest nation on the face of the earth.” The church is three times the size of the USA and far more complex. That is one big barque to turn around.

Thirdly, let’s give the pope a break! Since Manson and Faggioli are seriously concerned, why not write to the pope himself?  Why not make it one Christian to another, something which the church needs along with structural reform. He might even read them and think. Why criticize in a public venue? Why would you skip an “encounter” with him, to inform him?  Why not be informed by him? Why become lefty Muellers and Burkes?  Why, as anyone is liable to conclude, are you asking the pope to retire?

As for myself, I believe Francis is a saint and capable of leading the church in a reform that will bring it as close to unanimity as is humanly possible, losing few who have been entrusted to him. I am thankful to have lived long enough to be ministered to by him.

May 10, 2020
Is Pope Francis Blocking Women's Progress In the Church?
Next Post

May 20, 2020 Personal Faith and Manipulative Religion in Puccini's "Tosca"
Browse Our Archives
get the latest from
The Font
Sign up for our newsletter
POPULAR AT PATHEOS Catholic
1