Is Jesus the Essence and Center of Christianity?

Is Jesus the Essence and Center of Christianity? January 28, 2021 guest writer

For most persons, Jesus is an important figure of the past.

As it is the case with most figures of the past, Jesus has not much meaning in people’s daily life because their words and deeds do not consciously consider Jesus’s teachings and life; if we did, we would certainly have a different Christianity and world today.

What makes people to acknowledge Jesus is very likely the spirit of society that still calls itself “Christian.” Most people in the U.S. identify themselves as Christians. Jesus can be compared with a symbol, and, as it is the case with symbols, some people have more knowledge about them than others, but they rarely have a practical meaning. It is like a with a statue, it symbolizes something, but most people have no idea what it truly means and represents. And although some images of Jesus or other religious figures may inspire some devotion, they rarely inspired a consistent way of life. From my experience as a professor and Christian who attends a church, Jesus is much like a symbol of love and good deeds, a relic which is a part of the collective memory of a society; people acknowledge Jesus, but He is not really part of their life. I often point my students to the attention they pay to their favorite, singer, actor, boyfriend, and girlfriend and then ask them, especially those who claim to be Christians, how much attention they pay to Jesus’s teachings.

Jesus of the Christian traditions.

Each form of Christianity interprets Jesus according to its tradition. For example, some Christians say that Jesus can only save some people, those who were chosen by the Father before the creation of the world. Other Christians say that Jesus saves all those who repent and consciously choose to follow Him. While for some Jesus was a good man, a teacher and a model of piety as no other man, others see Him as God, the incarnate Son of the invisible Father.

People may claim that Jesus is the essence of Christianity, but that essence depends on the individual Christian tradition and even individual preference. What Jesus may mean to a person may not be true for another person. What seems to generally characterize each different Christian group is its tradition and the spirit of the herd of its people, which indicates tradition/custom, stubbornness, and the refusal to think honestly. Generally, people follow the religion of their parents, which tells us that they are not consciously looking as much for truth as they are looking for the consent of people and of tradition.

This reminds me of Augustine, who was influenced in his decision to convert to Christianity by the success of Christianity at the end of the fourth century, when “the whole human race almost with one voice” praised Jesus. (Vera. Rel. 3.5) Despite the questions he had about the Bible and the church, he relied on the faith of the catholic (orthodox and universal) Christian tradition. Augustine took Christianity very seriously, however, but it was not the case in the fourth century when people were forced to convert to Christianity by the emperors’ laws. At that time, he did not see it a problem. In addition, intellectuals like Victorinus openly confessed their faith in Jesus and the catholic church. It was the church and its powerful expansion which made Christianity attractive to some people, not Jesus; it was the church which made Jesus credible and reliable. Jesus belonged to the church; whoever had wanted to warship Jesus in the right way was supposed to be a member of the church. Thus, whenever people follow a religious tradition, Jesus always comes on the second place because He is viewed through the lenses of that tradition.

I am not against tradition. In fact, I value it because we all, whether we realize it or not, are products of tradition. Tradition gives a sense of community and meaning to people. The problem is when it does not allow Jesus to speak because of its agenda, when we say too much and/or too less on questions which the Bible does not address thoroughly. Whenever we do that, we support ourselves, our theologies and interests, not Jesus and/or the Bible. Moreover, such an attitude means that we place ourselves above Scripture and common sense, which Jesus condemned.

I have often heard that Jesus is the key to the Bible – that is, the key by which Scripture should be interpreted and which unlocks any difficult questions and text in the Bible. While I do agree, it is not clear how Jesus is the key to the Bible. How is the ‘key Jesus’ solving the controversies that divide Christianity? Does the key mean a return to Jesus whenever we do not have good answers to our questions? It does not seem so because our theological questions and divisive spirit remain the same. A key unlocks and brings to light anything hidden and unknown, but it is not clear how Jesus is unlocking the Bible and our questions, considering that the Christians are highly divided and fail to be light and to change the world according to Jesus’s message of love and unity.

What tells us about our relationship with Jesus is the way we treat people and the way we relate to culture. Our relationships with people do not depend on us because we cannot control other people’s actions and decisions, but the way we treat people depends on us. God’s revelation in Jesus is about people, and our relationship with Jesus is a new life in “existence for others.” (Bonhoeffer, Letters and Papers, 381-382.) Like Jesus, our business must be about people, about a society transformed by love, justice, and unity. In fact, unity, which is the product of love, is the mark of true discipleship. Through such an attitude, we would mirror Jesus’s attitude and teachings and a new life in the power of the Spirit, the ideal unity of the Triune God with the people.

Jesus’s disciples must love people and reject the evils and injustices of society.

Augustine, disappointed due to the moral state of Christianity, stated, “How many of the baptized have chosen to fill the circus today rather than this basilica.” (En. Ps. 80.2) That kind of Christianity brought him more and more toward a theology of grace and predestination: since most people wo had attended the spectacles organized by the state were Christians, the obvious question was, “who knows who will be saved by God”? Membership meant not much to Augustine, considering that the majority were not good Christians. So, he spoke about a church of true believers within the visible and official church. The true church “which swims along with bad fishes within the Lord’s net … is always separated in heart and morals” from the church of untrue believers. The true church also “departs” from the church of bad fishes “in order that she may be presented to her husband as glorious having neither spot of wrinkle.” (Ep. 93)

January 24, 2021
Making a Difference - President Biden: ‘Build Back Better’ for Everyone, Everywhere
Next Post 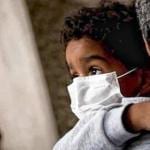 February 4, 2021 Making a Difference: Slavery in the 21st Century
Browse Our Archives
get the latest from
The Font
Sign up for our newsletter
POPULAR AT PATHEOS Catholic
1