I’m sure many of you have noticed the #DefendOccultBooks trend on social media. Me being me, I attempted to research the genesis of this hashtag as this was the first I had heard of an attack on occult books. 10 posts deep, the Instagram hashtag evolved to include comments about needing to push more newbies to read books as a means to shield against anti-intellectualism. Anti-intellectualism encourages intuition over logic and action over reflection. At the core of anti-intellectualism is dissent. In fact, America is rife with extremist anti-intellectual movements, including right-wing political affiliations and QAnon.

Christianity has had the privilege of a couple thousand years of recorded history. Men, white men, have contributed the most Christian theological information than any other ethnic or gender in their field. White men also dominate books written on paganism, the occult, and witchcraft. So, when we support movements like #DefendOccultBooks then we are inherently supporting classism and sexism. Put down the pitchfork for a second and hear me out.

Upper class men and, eventually, women were the only people with formal education for a long time. Even then, women weren’t allowed to read or write for a huge portion of recorded history. Additionally, black and brown people weren’t given access to formal education for most of that time. So, let’s take a glance at some of the most well-known occult and witchcraft authors:
Aleister Crowley
Cornelius Agrippa
Anton LaVey
Dion Fortune
Eliphas Levi

What largely ties them all together? Being white, being educated, and mostly being male.

A marker of intellect is an ability and willingness to consider multiple viewpoints and pieces of information. Just because you consider another viewpoint doesn’t mean you have to adopt it, okay? In a similar vein, I’m asking you to consider what I’m writing here – you don’t have to accept it.

Folkloric beliefs and practices have their roots in communities of people who lack formal (read: colonized) education. These beliefs are usually passed down through oral stories, dance, song, and art. Sometimes these practices were recorded, though usually by missionaries and with a particular slant born from cultural and religious affiliations. But what about Mayan, Egyptian, Hindi, and other non-Abrahamic religious writings? Think about who wrote those texts or glyphs – educated religious leaders in those cultures, usually men.

And then there’s witchcraft, which has no singular sacred texts or leaders. Witchcraft is a collection of magical practices and beliefs, usually rooted in folklore. These practices and beliefs were rarely written down by practitioners in older times, perhaps out of fear of persecution. That, or another likely answer is that witches of yore simply could not read or write well enough (or at all) to put it in a book. Or they didn’t have enough money to buy ink and paper, let alone cough it up to have a book bound.

Writing is a luxury because it requires both time and money to do it. Likewise, owning books is a luxury because it requires money to purchase them, space to store them, and time to read them. “Defending occult books” isn’t a war on anti-intellectualism but a war on intellectualism. Not defending equitable access to education and information in our communities is a war on intellectualism. Think about it: lack of access to information and education prevents scores of people from adding their voices to conversations. The very conversations that often determine their livelihoods.

So, someone somewhere decided we need to defend occult books. The types of books written by academics for academics when only a portion of the readership has access? And not just monetary or physical access to these books, but the education to contextualize those books? Occult books are usually written with specific people in mind with a certain level of education. Therefore, occult books can provide additional barriers for new practitioners.

Part of witchcraft’s appeal is that physical things aren’t really required to make it work. How many of us gravitated to witchcraft at a young age as a solution to bullying, abuse, or loneliness and we didn’t tools or books? Witchcraft offers magical solutions to mundane problems, no cash down and interest-free. Well, usually. *wink* Most of our ancestral witches weren’t rolling in the dough, folks. They used what they access to and passed down via oral lore what knowledge they gained through experience.

The only people who believe that witchcraft or magical practices must be learned from books are elitists. Elitists scare newbies into thinking they’re going to harm themselves or loved ones without specific knowledge. Elitists think that books are the font of knowledge and that we must read all the books by the “correct” authors.

I’m a librarian. I love me some books. I love to read and I love to see others loving it too. At the same time, I’ve worked in public libraries. If you ever want to see a super clear picture of the disparities between class, race, sex, and gender then work in a public library. Upper class white folks are there for the books, while everyone else needs Internet access, access to social programs, and help with taxes.  I wrote a blog post back in October 2020 on this exact thing, titled “Information Privilege and Poverty in Paganism.”

Public libraries assist communities by offering free resources and programs. Not all public libraries carry occult books, let alone the ones we often push on one another to read. Most libraries have strict budgets and most of the cash pie goes toward fiction, youth programs, and providing computers and Internet-access. Digital materials eat up a massive portion of library budgets.

Furthermore, many people who choose to patronize public libraries are poverty-stricken. So what’s a practitioner to do when they don’t have access to all of the “best” information? They either use whatever they can get their hands on or rely on experience-based information to guide their practice. Does this make them less intellectual or, dare we say, “anti-intellectualism?” No. It makes them resourceful and in need of resources.

I’ll never forget this one professor that I had in grad school. Bare with me – this post will circle back to paganism, I promise. Her lecture videos were 60+ minutes long each and unedited. In each video there was five to ten untouched minutes of her staring open-mouthed at the camera with the computer light reflecting on her eyeglasses. Within the first two weeks, I contacted her asking for transcripts of her videos. I (truthfully) told her that I do not learn well from listening and needed to read her lecture material. Instead of helping me, she tells me to make due with the videos because “they’re required to pass this class.” So, I stopped listening to her videos and only read the assigned textbook material. I passed just fine.

Today, many educators utilize alternative teaching techniques, like the flipped classroom method, Socratic method, and (my personal favorite) inquiry-based learning. The heart of inquiry-based learning is curiosity. People learn best if their research is based on a personal question. It doesn’t matter how the question came to be, just that they have a desire to answer it. Then I use my librarian magic to teach them how to search for their answers.

Many people do not and cannot learn well from reading, let alone reading super obscure, text-heavy occult books. Instead of pushing new practitioners to read, read, read, we should ask them to reflect on how they learn best. Is it through listening, writing, doing, or reading? A combination of any of those things? If you’re a teacher, consider asking your students how you can assist their learning. Say you’ve read an occult book but your student or friend doesn’t have access to it or can’t read it well. You could offer to give them a verbal or written summary of the material. If it’s an access issue then you can lend them your personal copy.

Consider how you can contribute to a solution rather than placing issues of equitable access on others. It’s not anyone’s fault that they are less privileged. #DefendEquitableAccess #DefendPublicLibraries 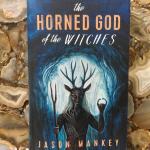 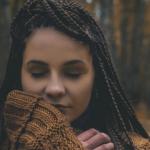 July 15, 2021 Bittersweet: Reflections on Suffering
Browse Our Archives
get the latest updates from
The Gardnerian Librarian
and the Patheos
Pagan
Channel
POPULAR AT PATHEOS Pagan
1 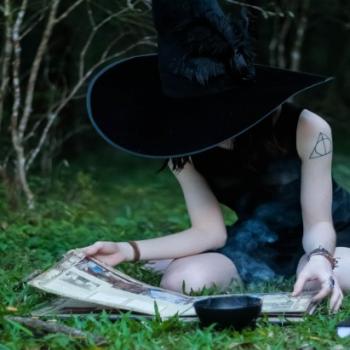 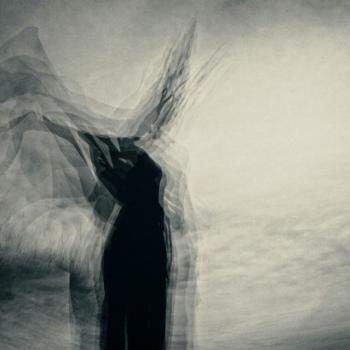 Pagan
Vertigo: My Lesson in Temperance
The Gardnerian Librarian 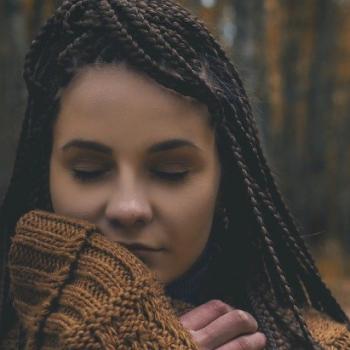