If You Only See One Video This Week, It Should Be This One

If You Only See One Video This Week, It Should Be This One October 24, 2014 Mark Sandlin 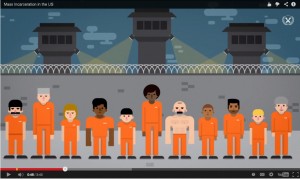 When you add those who are under parole or probation supervision to the numbers for those who are in jail, 1 out of every 31 adults in the U.S. is under some form of correctional supervision.

African Americans make up a disproportionate percentage of the U.S. prison population.

The U.S. has one-third of the world’s female prison population.

These facts should be beyond alarming to us all. If you have even the faintest ability to feel compassion and to long for real justice, this reality should not be acceptable to you.

As Christians, we should recognize that it stands over and against everything we are called to be.

The spirit of the Lord God is upon me,

because the Lord has anointed me;

he has sent me to bring good news to the oppressed,

to bind up the brokenhearted,

to proclaim liberty to the captives,

and release to the prisoners;

Please, take the 4 minutes of time needed to watch this video about incarceration in the U.S. It’s important that we all understand what is happening.

If you are willing, take the first step to bringing greater awareness to the rapidly growing issue and share this post with everyone that you can. 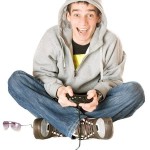 October 24, 2014
How a Simple Thing All Gamers Know Can Help Save The Church
Next Post 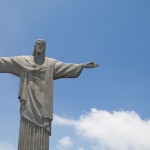 We've made God in our image, and we're...
Ever since Inauguration Day, Evangelical Christians have been declaring on social media...

Postmodernism Wasn’t the Problem
Some conservative evangelicals and other voices are trying to blame the last...
view all Progressive Christian blogs
What Are Your Thoughts?leave a comment
Copyright 2008-2020, Patheos. All rights reserved.