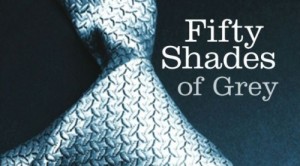 Three little letters that evoke such a wide range of responses from people.

For some, the word’s an instant turn on. For others, the word itself is taboo (not to mention what it means). Some people find that it pulls up a wealth of difficult emotions and, for others, it’s a reminder of a nurturing and mutually loving relationship.

“Sex” is even more befuddling if you grew up in a Christian church or even in a society whose cultural norms were dictated by Christianity.

Oh, it happened quite awhile back, but I say “somehow” because biblically, we don’t have a lot of support for being anti-sexuality.

If anything, the Bible could be considered a little racy. From the steamy stanzas of the Song of Solomon to the multiple wives and concubines of many of God’s chosen leaders, to Ruth and Boaz on the threshing room floor, there are definitely sparks flying in the Bible.

No, the Bible doesn’t seem to get as disturbed by sex as many modern Christian followers do.

And this makes all the hoopla over 50 Shades of Grey that I’m seeing from some Christians even more confusing.

They are upset about all the sex in the movie.

But, that’s not what they should be upset about.

There is a MUCH bigger problem in this movie than sex.

And it’s something that the Bible does, very much, care about.

Using the U.S. Centers for Disease Control and Prevention’s definitions of emotional abuse (intimidation/threats; isolation; stalking; and humiliation) and sexual violence (forced sex acts/contact against a person’s will, including using alcohol/drugs or intimidation/pressure), the Department of Human Sciences at The Ohio State University conducted a double review of the book and arrived at the conclusion that 50 Shades of Grey depicts intimate partner violence (IPV) in nearly every interaction between the two main characters. The abuse includes: stalking, intimidation, isolation as well as other forms (not the foundation of a healthy relationship).

And trust me, I read the book – it’s all in there.

This is where 50 Shades of Grey and the frequently prudish Christian outlook on sex take a strange and interesting turn.

Among other things, the long standing anti-LGBT stance of many Christians is based on the issue of sex. (Stick with me, this is where it gets very interesting).

But, there are an astoundingly few Bible verses that even remotely seem to address homosexuality.

In the New Testament, while Jesus doesn’t say a word about it, two of the most popular verses used (inappropriately) to bash LGBT folk are 1 Corinthians 6:9-10 & 1 Timothy 1:9-10.

Here’s the interesting thing about those verses: while I won’t bore you with the Greek which is frequently and improperly translated as “homosexuality,” accurate translations of the ancient Greek manuscripts have led many scholars to believe the issue the New Testament letters address is actually the problem of someone using their power over another person, particularly when it comes to an issue as intimate as sex.

If you think about it, it makes a lot of sense that the first leaders of Christian communities would be concerned about the mis-use of power and sexuality.

The Bible tells us that “God is love” and Jesus’ teachings frequently were about the importance of love. Is it really all that surprising that the Bible would have a really BIG problem with introducing something as unloving and abusive as asserting your power over someone into and act that is meant to be so intimately loving?

That’s the problem Christians should have with 50 Shades of Grey – not the sex, but rather, the introduction of power and abuse in the relationship.

Twenty-five percent of women are affected by IPV.

And, if the predictions are accurate, we as a society are going to allow a film that not only normalizes sexually abusive behavior but romanticizes it become one of the biggest box office hits of the year?

I certainly hope not.

Not because of the sex.

Frankly, we Christians need to get over our prudish attitudes about sexuality that have been falsely indoctrinated into our way of going about in the world. Our negativity about healthy sexuality has done far too much damage not only to other groups of people but to our own relationships. Honestly, I can’t help but think Christianity’s squeamishness about sex is its own form of IPV as it meets the criteria for isolation and humiliation among others.

I hope we don’t allow 50 Shades of Grey to become a box office smash because of what it seems to say about IPV.

Frankly, no one should be okay with it.

And as Christians, we have biblical guidance for standing over and against sexual abuse.

Sadly, I do realize that the movie is going to be a smash hit no matter what we do. But maybe we can do something to help counter its influence and to help those who already affected by IPV.

There’s a fantastic campaign hoping to do just that. #50dollarsnot50shades is encouraging people to skip the movie and take the fifty bucks they would have spent on tickets and concessions, and donate it to shelters and agencies that support abused women.

I hope you will too.

January 28, 2015
Christianity has it wrong – YOU Are NOT Broken
Next Post

February 9, 2015 A Prayer for a Larger Perspective
Recent Comments
0 | Leave a Comment
Browse Our Archives
Related posts from The God Article with Mark Sandlin