I have bad news.

I’m really sorry about this; but, the prognosis came back and I’m afraid its terminal.

Don’t take it out on me. I mean, I’m just the messenger.

The good folks over at “Standing on my Head” (SOMH), on Patheos’ Catholic Channel, compiled all the difficult analysis, historical context, and sound critical thinking about Progressive Christianity’s demise.

By “compiled” I mean, hobbled together via keyboard with the intent of “proving” that the thing they don’t like is very much worth not liking. So, by “difficult analysis” and “historical context” I mean “opinion.”

Still, you get the general gist of what I’m saying. Right?

But, you know, I feel like it’s rather unfair to just leave the whole “sound critical thinking” thing just sitting there. What I really meant was “riddled with fallacious thinking.”

Here’s an example: without references of any sort, SOMH claims that “Progressive Christians believe religion is a historical accident of circumstances and people…”

What we have here is a straw man fallacy and it’s not-so-cleverly veiled in an apology for painting “with broad strokes.” But, that’s not-so-much painting with broad strokes as it is saying a picture of a dog is actually a picture of a rock in an effort to prove that dogs are not cuddly and have a tendency, when gathered in large numbers, to slide off the side of mountains.

That might be “critical” but it’s very unsound thinking.

SOMH uses several other shell-game tricks to give the argument-that’s-not-an-argument false ground to stand on. One of these tricks is labeling the groups based on their opinion rather than reality.

They claim the label of “historical” for their side of the argument, which shows them to be oblivious to the reality that most Progressive Christians consider themselves “historical” Christians as well.

Perhaps better descriptors for the two groups would be “Traditionalist,” referencing the more conservative wing of the Christian faith’s comfort with dogma and traditions,” and “Progressive,” pointing to a need to move forward without the anchors of “how we’ve always done/understood it. But, I digress.

Eat drink and be merry Progressive Christians! For “tomorrow” we die.

Ironically, Progressive Christians believe that a breadth of differences and theological perspectives is a strength. The dogmatic, stay-in-line, thinking of traditional Christianity not only seems limiting to us, but also antithetical to Jesus’ love of folks from all different walks of life.

If I believed in hell, the whole “death of Progressive Christianity” might really be upsetting to me. Well, that and the fact that the entire article is really nothing more than an attempt to validate the institution as it is. SOMH makes no allowance for the Church to change.

In a not-surprisingly dogmatic take, their position is that the Progressive Christian perspective will cause people to slowly leave the church and ultimately, because of that exodus, the movement will die. (Actually, that and the fact that we like the idea of contraception and therefore will not reproduce little baby Progressive Christians. Yep, really. Their argument, not mine).

But, what SOMH is missing is that progressive churches (that don’t look much like idealized traditional churches) are creating spiritual community in new and exciting ways; progressive churches are nourishing the spirits and theological growth of longtime progressives, newcomers, and a whole new generation of Christians.

It’s a shame really. Those kinds of churches sound so good. But, turn out the lights, the party is over.

If only God was bigger than the Church. If only God were found in life, in nature, and in relationships. Because, I mean, if we can’t keep the progressive Church alive within those walls that contain God on the inside it just like they do in traditional Church, how are we ever going to find God?

December 30, 2015
A Prayer of Awakening for the New Year
Next Post 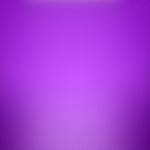