Patheos Explore the world's faith through different perspectives on religion and spirituality! Patheos has the views of the prevalent religions and spiritualities of the world.
Dear Bernie,

I hate to admit it, but I was wrong.

A few years ago, when I was having lunch with my friend and award winning writer, Diana Butler Bass, I told her that I didn’t think we’d ever have another person like the Rev. Dr. Martin Luther King again.

As a matter of fact, I said I felt that, with the accessibility and freedom of social media, the people collectively would be the next MLK. With the rise of leaderless movements like Occupy Wall Street, it makes complete sense.

Now, I know you marched with Dr. King, and I’m almost 100% positive you’d say that you are no Martin Luther King — and I’d agree. You’re not.

The icon that we’ve turned him into paints over all his flaws and foibles, and creates an image that no human being could live up to (which is mighty convenient for those who’d rather not see someone like MLK rise again).

While I follow politics pretty closely, I’m no expert. But at this point it does seem that it will take something pretty spectacular for you to receive the Democratic nomination (and I’m still holding out hope!). I also believe you realize that it’s essential for The Democrats to win the White House this year and that you won’t split the vote like Nader did with Gore. You’ve even said you’d do whatever it takes to ensure a Democratic win and I greatly respect that.

But, what that could possibly mean is either a Trump or Clinton Presidency.

While I believe that one is much worse than the other, I also believe both will play favorites with Big Business, Big Oil, and Wall Street.

Ultimately, what that means is a continued shrinking of the middle class.

And that guarantees not only needless suffering of a society that already has far too many children going hungry, but history tells us it will lead to the downfall of a nation.

We need you to stay in the race as long as you can.

We need you to keep running with Dr. King’s dream.

We need you to continue to help bend the moral arc of the Universe toward equality and inclusion.

We need you to be our next MLK

And – we also need your political experience and wisdom. You not only keep Dr. King’s dream for an ethical and just society alive, you know how to “get things done” in D.C.

We need you to keep running, through the Democratic National convention. Because dear Bernie, considering what we are likely to be up against regardless of who is elected, we need you to continue to lead a national revolution that values people over business, demands equality for all, and stands up for the rights of the working class.

You are in a position to change the moral compass of our nation.

So, I respectfully request that you keep building the momentum of this movement you have begun, continuing on for as long as it takes to ensure that “we the people” one day finally see “justice and equality for all.”

It turns out what I said to Diana was both wrong and right. With the way social media changes the game, all of us together are the next MLK. AND you are the one whom we have endorsed as our chosen voice.

The reality is that not only are you already building on MLK’s movement, you are now the MLK of a melting pot of MLKs who will be here to support and encourage you at every turn, and to work tirelessly to win this nation back from our wealthy overlords.

Can you imagine, what The Reverend Dr. Martin Luther King Jr. could have done with these tools?

I for one, don’t think we will have to imagine it. We are seeing it every day as you lead this movement.

We need you, Bernie.

We need you now. 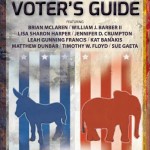