Go and Sin No More… Really? 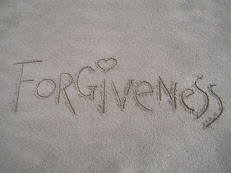 The Woman Caught in Sin

What is our responsibility to God? We know that God loves us, that He created us, and that he ultimately suffered and died to save us. We know that “while we were yet sinners, Christ died for us” (Romans 5:8). While we know all the wonderous deeds God has done for us, I believe we fail to take hold of our responsibility in the story of our salvation. We embrace the love, but not what that love demands of us. For this, I too am guilty. Allow me to illustrate.

The above verse from John 8 is familiar to any serious Christian. Taken from a larger section, the verses concern a woman caught in adultery. Brought to Jesus, the crowd demand her blood. A trap is set for Jesus. If he refuses to call for her stoning, the crowd can claim Jesus violated the law of Moses. Jesus, not falling into the trap, says to the them, “Let the one among you who is without sin be the first to throw a stone at her.” (Verse 7). In response to the challenge they all dropped their rocks, starting with the eldest.

Once the last accuser departs, Jesus stands and says, “Woman, where are they? Has no one condemned you?” She replies, “No one, Lord.” This next verse is the crux of the issue, for it is divided into two parts (separated by a semicolon). Jesus says, “Neither do I condemn you; go, and from now on sin no more.” Jesus says that, even though she was caught in the act of adultery, he does not condemn her. He shows her mercy. This is where most in our culture stop. We thank Jesus for his mercy and continue in our sinful ways.

Is There Still Such a Thing as Sin?

Our culture is in the midst of a deconstruction. This deconstruction is geared towards the redefinition of words that will, in turn, redefine reality. Two examples of words that are currently redefined are gender (to go beyond biological sex) and racism (as beyond individual choice). The push towards redefinition is itself an exercise in a denial of objective reality. If there is no objective reality, our language and culture create subjective realities. In other words, to change the definition of words changes the reality those words function in.

We also see this played out in Christianity, as some who profess a Christian faith also seek to redefine sin. To do this, these same Christians use the tactics of deconstruction to redefine traditionally understood words (like sin) to the point of removing their original meaning and intent. For example, homosexual acts (and many sins of a sexual nature) are redefined as acts of love between two adults. Since homosexual are homosexual by nature (made that way), their sexual actions are now no longer sinful. To illustrate this point, one would only have to see the current conflict between certain Roman Catholic clergy in Germany and the Holy See in Rome over the blessing of same sex couples. The Holy See reaffirmed the Church’s historical position on sacramental marriage and that it is impossible to bless “sin.”

The attempt to redefine sin is not a modern or post-modern phenomenon. It is as old as humanity itself. Soon after the creation of man, the enemy of God sought humanity’s destruction. In the form of a serpent, the enemy questioned God’s definition of sin. God had made it clear that to eat of the Tree of the Knowledge of Good and Evil would lead to death (sin). The serpent questions this command with the phrase, “Did God really say…?” In response, Eve then expands on what God had commanded when she adds that God not only commanded her and Adam to “not eat,” but that He also told to them to not “even touch it…”. This last part, God did not say. 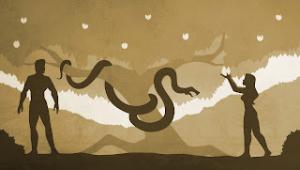 Notice what preceded the fall was first to question the objective truth or set definition of sin God has proclaimed, then the subjectivation and expansion of that definition by Eve, and then finally the ultimate redefinition and fall. We as humans have not changed. We question truth to avoid responsibility.

Go and Sin No More

The most powerful moment in the story of Jesus and the woman caught in adultery is the declaration of non-condemnation of Jesus towards the woman. Not only did he not condemn her, but he was also the only one “without sin” who could have thrown a stone. If you are a sinner who understands your sin, this will move you.

It is at this point many in our culture stop reading. Jesus does not condemn the woman caught in sin, therefore we ought to do likewise and not condemn others, especially others engaged in actions traditionally considered sexual “sins.” Are such “sins” truly “sins” and not alternative acts of love?  It is for God to judge, not us. It is as if Jesus is espousing a “live and let live” ethic. But is he?

Jesus never questions whether the woman committed a sin—she did. While it is true that God is the final judge, we also have a responsibility in this divine transaction. God offers mercy, forgiveness and grace with the admonition to “go and sin more.” Jesus moves the woman on from her sin by the admonition to leave her sinful past behind. He does not condemn her. Jesus sets her free. What she does next will determine the course of her life—return to sin or “sin no more.” Jesus admonishes us, too. Will we turn way from sin or justify sin by its redefinition? The choice is ours.

December 18, 2021 The Adventure of Catholic Faith
Recent Comments
0 | Leave a Comment
"As I stated in my article, I know it will go back to the states. ..."
The Latin Right As Abortion (and I) Approach 50, ..."
"It seems overly hopeful to believe that reversing Roe will significantly end abortions.The issue will ..."
alwayspuzzled As Abortion (and I) Approach 50, ..."
""I believe (and the Bible teaches) that this same Spirit protects the truth from lies."Yes, ..."
Luis Gutierrez The God of the Personal (Pronouns)
""YES. We are a church of sinners. What else is new? We are a pilgrim ..."
The Latin Right The God of the Personal (Pronouns)
Browse Our Archives
get the latest updates from
The Latin Right
and the Patheos
Catholic
Channel
POPULAR AT PATHEOS Catholic
1

Catholic
As Abortion (and I) Approach 50, Its End...
The Latin Right 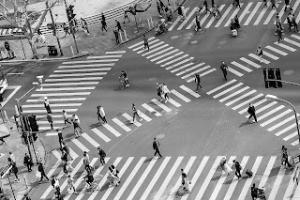 Catholic
Identity Crisis: Does the Catholic Church Have the...
The Latin Right