What Happens When the Existential Vacuum Stares Back at You? 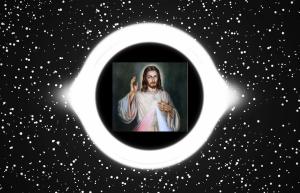 What happens when the existential vacuum stares back at you? This may seem like an inauspicious question, but as our youth and Western society experience an identity crisis, the answer to this question is of the utmost relevance. Previously, I wrote about the identity crisis experienced by our youth. In this article, I further explore the causes of the current crisis in the West drawing upon the wisdom of Viktor Frankl, Fredrick Nietzsche, and Blaise Pascal. I will also present that a life grounded in Christianity provides interpersonal fulfillment (happiness), makes sense to apparent senseless suffering, and fills the existential vacuum with meaning and purpose.

What is the Existential Vacuum?

The existential vacuum which is the mass neurosis of the present time can be described as a private and personal form of nihilism; for nihilism can be defined as the contention that being has no meaning. [emphasis added]

The existential vacuum is a widespread phenomenon of the twentieth century… man has suffered another loss in his more recent development inasmuch as the traditions which buttressed his behavior are now rapidly diminishing. No instinct tells him what he has to do, and no tradition tells him what he ought to do; sometimes he does not even know what he wishes to do. Instead, he either wishes to do what other people do (conformism) or he does what other people tell him to do (totalitarianism). [emphasis added]

We see the truth of Frankl’s observations in the mid-20thcentury, played out to the extremes in the third decade of the 21st century, as both conformity and totalitarianism merge into totalitarian conformity. Devoid of ultimate meaning, individuals now seek to conform to the dictates of a reductionist society and obey what this society tells them. To break with the status quo incurs the label traitor, the brand of pariah, and exile (cancelation). For all wise enough to pick up on the subtle undertones, I am here referring to the current identity movement.

Moreover, as our current culture continues to grapple with the existential vacuum, the absence of ultimate meaning has caused an increase in the neurosis Frankl called the “mass neurotic triad” of depression, addiction, and aggression—an increase Frankl predicted. One does not have to look far to see the rampant hopelessness, drug use, and violent crime afflicting communities in the West. Experts point to systematic racism, income inequality, and sexism, but the real cause is the existential vacuum.

“He who has a why to live for can bear almost any how.” ―Friedrich Nietzsche

Frankl lived through one of the worst experiences in human history—the Holocaust. He lost his parent and brother as he moved through four different concentration camps. What kept him alive, and what caused many others to succumb, was hope. Frankl observed that those who survived did so because they held onto hope, despite their apparently hopeless situation. From this experience, the philosophy of Friedrich Nietzche, and his psychiatric training, Frankl developed the logotherapeutic method.

To sum up, meaning is found in creativity, loving relationships, and a healthy attitude towards inevitable suffering. Furthermore, meaning must be found, it cannot be given. It takes work, individual work.

Frankl’s solution the broader societal problem of the existential vacuum was to focus on the individual reaction to the problem and not the problem itself. He admitted that reductionism caused the existential vacuum but did not see a return to traditional norms and beliefs as part of the solution. It is to the self that one must turn to find meaning; exterior realities cannot provide it.

It did not really matter what we expected from life, but rather what life expected from us. We needed to stop asking about the meaning of life, and instead to think of ourselves as those who were being questioned by life—daily and hourly. Our answer must consist, not in talk and meditation, but in right action and in right conduct. Life ultimately means taking the responsibility to find the right answer to its problems and to fulfill the tasks which it constantly sets for each individual.” (from Man’s Search for Meaning).

As a Catholic, here is where I part ways with Frankl. I respect and admire his approach. I also agree with his assessment of the existential vacuum, but we part ways. Frankl does not attempt to address the larger issue of meaningless but leaves it up to the individual. If the current state of the identity crisis is any indication of the current state of the individual, this is not a solution to the existential vacuum. This vacuum requires something to fill it.

Why Are the Religious Happier?

According to a 2019 Pew Research Study, religious people tend to be happier, live longer, and are more civically engaged than non-religious people. Why? I have a few thoughts on this.

Religious people, especially Christians, view their lives as meaningful. In their view, God created them for a purpose. Furthermore, they believe their lives are of such value that this same God took on human flesh, lived, suffered, and died to rescue them from death. That this God also suffered as an innocent man gives meaning to their suffering, as this God personally knows the full extent of human suffering and death. This Godman not only sympathizes with His creation, but He also empathizes through firsthand experience. This is not to say that Christians do not suffer from depression, addiction, or aggression—they do. Sin is still part of the human equation on this side of heaven. Christians do not only have themselves to turn to for assistance. Christians also have a God who suffers with them.

Why are religious, and especially Christians, happier than non-believers? In short, their lives have meaning and purpose. They have filled the existential vacuum.

Blaise Pascal (1623–1662) was a French mathematician and thinker who many know for Pascal’s Wager. Many think this “wager” is a proof of God’s existence, but I disagree. I see the “wager” as a productive thought exercise to determine a meaningful life. It is a pragmatic “wager” between happiness and unhappiness.

What is the “wager?”

You have two things to lose: the true and the good; and two things to stake: your reason and your will, your knowledge and your happiness; and your nature has two things to avoid: error and wretchedness. Since you must necessarily choose, your reason is no more affronted by choosing one rather than the other. That is one point cleared up. But your happiness? Let us weigh up the gain and the loss involved in calling heads that God exists. Let us assess the two cases: if you win, you win everything: if you lose, you lose nothing. Do not hesitate then: wager that he does exist. {Pensées, 1669)

To conclude, Viktor Frankl was the first to point out the reality of the existential vacuum effect on Western culture. As reductionist science, philosophy, and psychology spread through the West, so too does the “mass neurotic triad” of depression, addiction, and aggression. Frankl did attempt to counter this phenomenon with his logotherapeutic method, but this did nothing to contain the spread of the existential vacuum. This focus solely on an individual’s search for meaning is moot in today’s identity crisis.

Anyone who views YouTube and TikTok can see the individual search for meaning is floundering, if not lost. The 2019 Pew Research Study showed that religious people are happier, live longer, and are more civically involved. Pascal’s Wager shows that a belief in the existence of God is beneficial on a pragmatic level, as those who believe in God are happier than those who do not believe in God. This is due to the filling of the existential vacuum and a sense of meaningfulness and purpose.

What happens when the existential vacuum stares back at you? You need to “wager” that God exists and fill it with meaning and purpose.

March 25, 2022
It’s Not What You Define, but Who Defines It: The Truth Behind Judge Ketanji Brown Jackson's Refusal to Define the Word "Woman"
Next Post

April 14, 2022 Why I am Catholic: My Long Journey to Rome
Recent Comments
0 | Leave a Comment
Browse Our Archives
Related posts from The Latin Right 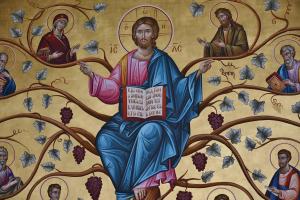 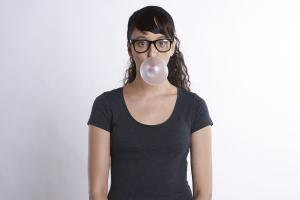 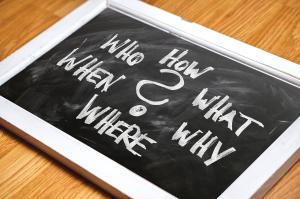