Do you bring more heat than light?

For a while now, I have had it in my heart to write about a certain kind of language written (and spoken) towards the political Right. This type of language does not enlighten, nor does it seek understanding. At its core, this language only seeks to damage and destroy others with whom there is disagreement. The language in question here is called polemical language. What is the definition of polemical language? The Oxford Dictionary states:

a strong verbal or written attack on someone or something.

Wikipedia also does a good job summarizing it:

contentious rhetoric intended to support a specific position by forthright claims and to undermine the opposing position.

Why to Avoid Polemic Language

In this article, I will show some examples of polemical language leveled towards those on the political Right and show that the use of such language, while it may offer some sort of cathartic release for those who use it, only demonstrates a lack of awareness of the positions and views of the political Right. Furthermore, not only does it show a lack of awareness, the use of such language also demonstrates a broader sense of ignorance that makes the polemicist appear uninformed and easy to write off. I implore all who disagree with the Right to engage them in civil dialogue devoid of the type of polemical language demonstrated below. If you heed my advice, not only will others take your position more seriously, but you will also come off as more intelligent and informed. Now, I do support free speech, so I do not support a ban on polemical language. My intent is to offer advice.

By far the most popular word used by polemicists on the Left to describe the political Right. The use of such a word demonstrates a profound lack of historical understanding of both fascism and political Right. What is fascism? A quick Google search comes up with the proper definition.

often capitalized: a political philosophy, movement, or regime (such as that of the Fascisti) that exalts nation and often race above the individual and that stands for a centralized autocratic government headed by a dictatorial leader, severe economic and social regimentation, and forcible suppression of opposition. [Merriam-Webster Online Dictionary]

If we compare this definition to what the Right believes, we see that fascism stands in stark contrast to the political Right in the United States. For example, the Right promotes small government and less government control. Likewise, the Right in the United States support a Constitutional Republic, where all races are viewed the same under the Constitution, not autocratic dictatorship. Finally, the Right supports free markets, not governmental control of the economy. So, we see that those who use this word as a polemical tool against the Right show their utmost ignorance of both the word fascism and politically Right positions.

This word combines Republicans with the word QAnon, a far-right conspiracy group that claims a cabal of liberal elites control a large-scale pedophile ring. Some polemicists substitute the abbreviation GOP with GQP. By combining these two words, polemists on the Left seek to paint Republicans as extremists. This is by far the laziest attempt at polemics. As with fascism, those who use this word fail to understand Republicans. Low taxes, small government, and traditional family values are in no way in line with a group like QAnon. The fact that some Republicans were seen as sympathetic also does not grant validity to this word. Most Republicans are normal hard-working Americans who seek to better their local community and country. To label such genuine people as RepubiQan or GQP is disrespectful in the extreme.

This word gets leveled often at the Right, especially considering the recent overturn of Roe V. Wade. Let’s again turn to the Oxford Dictionary for a definition of the word misogynist.

a person who dislikes, despises, or is strongly prejudiced against women.

A Call to Civil Dialogue

To conclude, I offer an appeal for civil dialogue devoid polemical rhetoric. Such use of polemical language in political discourse only brings heat, not light. It may make the person using such words feel better. In the end, it serves only to demonstrate how uninformed and out of touch that person is with political opponents. Let both sides address the issues devoid of name calling and vitriol. In this may we reach true understanding and potential compromise, when possible.

Support my writing through Patreon. Thank you!

July 11, 2022 Things Christians (and Catholics) Need to Hold Onto with Both Hands!
Recent Comments
0 | Leave a Comment
"Sorry for any confusion. My thought is that they use X to get Y. X ..."
The Latin Right Catholic Virtue Vs. Modern Virtue Signaling
"No, only good things exist. Evil is a deprivation of the good."
The Latin Right Are We Truly Rational Animals or ..."
"Oh, I agree they seeming tend to want these things. However, your prior remarks seemed ..."
abb3w Catholic Virtue Vs. Modern Virtue Signaling
"But "good" is a thing? Thank for the word games!!"
alwayspuzzled Are We Truly Rational Animals or ..."
Browse Our Archives
Related posts from The Latin Right

Catholic
What’s in a Bill’s Name? The So Called...
The Latin Right

Catholic
Are We Truly Rational Animals or Not?
The Latin Right 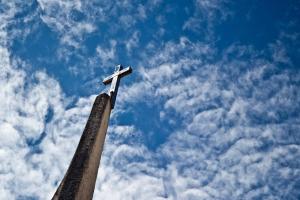 Catholic
Can You Imagine a World Without the Catholic...
The Latin Right
TRENDING AT PATHEOS Catholic