5 things that would happen if the Catholic and Orthodox Church reunited.

The Roman Catholic and Orthodox Church share a lot in common. They both trace their origins back to Pentecost, where Jesus established His Church. Therefore, both Roman Catholicism and Orthodoxy hold the honor as the Church Jesus personally established. In fact, these Churches were one for over a thousand years. The official split took place in 1054 AD. The sacking and conquest of Constantinople in 1204 AD by the Latin crusaders seemingly put the last nail in the coffin of reconciliation. Although, the formal excommunications were lifted by both Catholic and Orthodox Churches in 1965.

In this article, I posit events that would happen if the Catholic and Orthodox Churches reunited. Using the model already in place through the reunited Eastern Catholic Churches, I show that very little theological changes may take place. In short, a reuniting would follow, on a larger scale, the reunion already experienced by Eastern Catholics.

Below are five similarities (but there are more) between the Catholic and Orthodox Churches.

Moreover, below are five differences (but there are more) between the Catholic and Orthodox Churches.

Using the example of the 23 Eastern Rite Churches now in full communion with the Catholic Church, below are five things that will happened if the Catholic and Orthodox Churches Reunite. These are based on the Second Vatican Council’s document Orientalium Ecclesiarum.

“…it is the mind of the Catholic Church that each individual Church or Rite should retain its traditions whole and entire and likewise that it should adapt its way of life to the different needs of time and place.”

“For this reason, it solemnly declares that the Churches of the East, as much as those of the West, have a full right and are in duty bound to rule themselves, each in accordance with its own established disciplines, since all these are praiseworthy by reason of their venerable antiquity, more harmonious with the character of their faithful and more suited to the promotion of the good of souls.”

“By the most ancient tradition of the Church the patriarchs of the Eastern Churches are to be accorded special honor, seeing that each is set over his patriarchate as father and head.

This Sacred Council, therefore, determines that their rights and privileges should be re-established in accordance with the ancient tradition of each of the Churches and the decrees of the ecumenical councils.

The rights and privileges in question are those that obtained in the time of union between East and West; though they should be adapted somewhat to modern conditions.

“Eastern clerics and Religious should celebrate in accordance with the prescriptions and traditions of their own established custom the Divine Office, which from ancient times has been held in high honor in all Eastern Churches. The faithful too should follow the example of their forebears and assist devoutly as occasion allows at the Divine Office.”

“If any separated Eastern Christian should, under the guidance of the grace of the Holy Spirit, join himself to the unity of Catholics, no more should be required of him than what a bare profession of the Catholic faith demands. Eastern clerics, seeing that a valid priesthood is preserved among them, are permitted to exercise the Orders they possess on joining the unity of the Catholic Church, in accordance with the regulations established by the competent authority.”

In conclusion, clearly very little will change in the appearance and day-to-day operations of either the Catholic or Orthodox Churches. Each Church will maintain almost all its previous feel and flavor. In Orientalium Ecclesiarum, the groundwork for reunification already exists. A few things I see beyond the five listed above that will change on the Orthodox side are views of contraception (the Orthodox accept it with limits) and the addition of the pope behind the scenes. Furthermore, the reunification will answer Christ’s prayer in John 17:21-23:

Let us join our prays to those of Jesus. Father, may we become perfectly one, so that the world may know Jesus. Amen.

October 24, 2022
Allow Me to Introduce You to the Episcopal Church
Next Post

November 3, 2022 The Misuse of the Faithful in the Synod of Synodality
Recent Comments
0 | Leave a Comment
Browse Our Archives
Related posts from The Latin Right 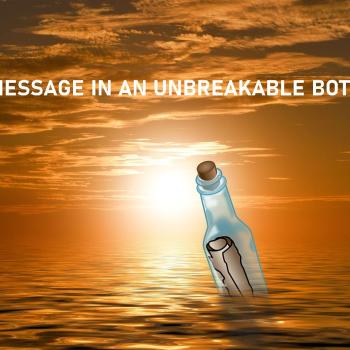 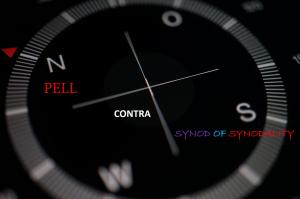