Lady Bird, I, Tonya, and Two Modes of Ambition

So we are not quite into summer yet, but it’s just around the corner. Outdoor neighborhood parties are starting. The local pool is open and the kids swim and play themselves into exhaustion with their friends. Then, tired and sun-soaked, they settle in for a movie.

After all these kids movies, I decided it was time to re-watch two favorites now that they’re streaming: Lady Bird and I, Tonya. Both are only good for when the kids are in bed. Both have women-driven casts. Both are about mother-daughter relationships. Both are about ambition and the drive to make a better life. Both are also recently available to stream, so it seems like as good a time as any to revisit them.

The two movies follow opposite trajectories. Tonya is never ordinary. She’s a prodigy skater from the beginning who, in her own words, became the best skater in the world “at one point in time.” Midori Ito probably deserves that title a bit more for 1991 (Ito landed her Triple Axel in international competition in 1989 and then at the Albertville Olympics in 1992), but that’s a debate for another time. The Harding story is about decline, about a dream that falls apart and the demons around a person that make bad situations worse. Harding now regrets her first marriage to the husband that was abusive and, in her version, responsible for the scheming that led to Nancy Kerrigan’s assault and Harding’s lifetime ban from skating.

Not surprisingly, I, Tonya is a loud and jarring movie, down to the final scene. There is no quiet in her life. No peace. She goes from an abusive mother to an abusive husband to a scandal that made her an object of abuse and derision for the entire world. The movie describes a family life from which you can only hope she can escape.

What is so amazing about Lady Bird as a movie is how resistant it is to clichés. The mother, played phenomenally by Laurie Metcalf, is cruel, sometimes to upsetting extremes, but the film makes clear the pain she is in. Her parents are frustrated, at times angry, by the disappointments life has given them. Her father is depressed but resilient. Her mother is cruel but deeply loving. Patience and forgiveness are required, but in short supply. It is, in other words, fully human.

This film is also one of the greatest Catholic movies ever made. This may sound like a bold statement, but it’s true, even though the main character isn’t Catholic.

The depiction of Catholic school life has received a lot of attention. Those of us who attended those schools recognize the loving and careful portrait the film paints. Nor is it perfect. A character breaks down crying realizing he is gay, knowing “it will be bad” in the unforgiving environment around him. Lady Bird mocks an anti-abortion presenter in a way that makes the presenter’s over-wrought presentation seem flawed while also making Lady Bird’s outburst seem self-indulgent and disrespectful. Priests and nuns are presented as all doing the best they can. Though Lady Bird mocks her school to her mother in an opening scene, it is clear the school is important to her. She gazes at Christ in an early scene, not with mocking or indifference, but with attention. As the principal of the school tells Lady Bird later in the film, “are they not the same thing? Love and attention.”

And the friendships. Has a movie ever passed the Bechdel test so confidently? Has high school friendship between girls, so often reduced to “Mean Girls” stereotypes, ever been shown so warmly? The film even allows the token “mean girl,” in the end, to be a stickler for integrity and honesty.

By the end of the film, Lady Bird has made it to New York. She has flirted. She has drunk too much and ended up in the hospital. She has lived the flawed life of a college student. Yet, in the end, she returns to the church. Not in the pews, but in the back loft, observing the mass in quiet reverence. This reverence inspires her to make peace with her past and with her mother. Not with yelling or accusations, but with quiet gratitude for where she grew up and with whom she grew up. I don’t think any recent film has painted faith in such accurate light.

The Church will have that effect on the lives of young people. Like a childhood friend, memories may be tucked away, even looked on with hostility, but in the moments that test them, they may very well come back to the quiet spaces their faith can produce. Watching I, Tonya, the viewer mourns for her lack of peace. Watching Lady Bird, we see how peace is found. 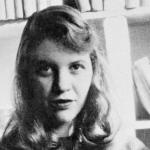 June 9, 2018
The Poet and Suicide (Sylvia Plath, The Moon and the Yew Tree)
Next Post