July 4th always brings me back to Boston. In most cases, it is because I am revisiting my homeland to celebrate the only proper way: with the music of the Boston Pops and the 1812 Overture (even if last year it was only on Bloomberg TV). But even when I’m not in Boston (and I have spent July 4th everywhere from London to Ohio), I think of Boston.

Boston is a special place for literature and an especially sacred place for American poetry. In the eighteenth-century, Boston housed one of the most famous global literary celebrities, Phyllis Wheatley (1753-1784). She was born in Africa, sold into slavery in childhood, and by the age of twenty was one of the first American literary superstars. Her collection, Poems on Various Subjects, Religious and Moral (1773) is a classic.

Reading the collection, one is struck by how much Wheatley has mastered European poetic conventions and brought them to America. Her expertise in classical literature and the swollen phrases of John Dryden, Alexander Pope, and their ilk drip from every page.

Readers in 1773 would have read a preface detailing Wheatley’s extraordinary life. She was brought to America and enslaved as a young girl. It took her sixteen months to learn to speak English and only a year or two after that she wrote an impressive formal letter to the Reverend Occom, a minister to the Native American population, while she was in England in 1765. By 1773, having mastered the writing of English, she was deep in the study of Latin. Her prodigious mind was the talk of Boston.

If you know just one poem by Wheatley, it is most likely “On Being Brought from Africa to America”:

‘Twas mercy brought me from my Pagan land,
Taught my benighted soul to understand
That there’s a God, that there’s a Saviour too:
Once I redemption neither sought nor knew.
Some view our sable race with scornful eye,
“Their colour is a diabolic die.”
Remember, Christians, Negros, black as Cain,
May be refin’d, and join th’ angelic train.
This poem can’t help but make the modern reader uncomfortable. Is Wheatley saying she is grateful for slavery? No. She is, however, thankful to have come to know Christ. There’s a similar moment in the recently published Barracoon by Zora Neal Hurston, when Hurston, interviewing one of the last living survivors of the slave trade, recounts Cudjo Lewis’s astonishment and gratitude when learning about Christ. Wheatley’s point is a deeper one: her own Christian faith is a testimony to the unity of humanity under Christ. The description of the end goal: “may be refin’d, and join th’angelic train” is applicable to all Christians. She is saying that those of you who call yourselves Christians but are still racist and cruel to Africans need to re-examine your belief in salvation. If you truly believe in Christ’s redeeming power, racial hatred, racism, and the cruelty of slavery cannot be in your heart. It’s a quietly subversive poem. So quietly subversive it can often be read as a defense of the institution it subverts.
The first poem in the collection, “To Maecenas” is often anthologized but rarely discussed. In it, Wheatley the Latin scholar faces antiquity. Antiquity and slavery in America has a complicated relationship. Famously, in a text in which he attacks Wheatley herself, Thomas Jefferson used ancient slaves as an example of people facing slavery who could make the most of their intelligence and artfulness, unlike the African slaves he saw as ultimately unintellectual and untalented (he even makes sure to state that he believes the Native American tribes are much more adept at art than African slaves). Singling Wheatley out, Jefferson writes:
“Religion indeed has produced a Phyllis Whately [sic]; but it could not produce a poet. The compositions published under her name are below the dignity of criticism.” Notes on the State of Virginia.
The nastiness of Jefferson’s remarks are stunning. The famously deistic Jefferson sees Wheatley as the product of over-emotional evangelists who have filled her head with Christ and not with poetry. He sees her as a weepy Christian novelty act. That Wheatley was one of America’s great literary celebrities must have galled Jefferson.
But in contemplating ancient slavery, Wheatley finds a kindred spirit, the poet Terence. Terence was born in Africa and lived as a slave. He also, like Wheatley, died young, disappearing in his late 20s. When considering her own place in literary history, she turns to the greatest poets in the classical tradition:

O could I rival thine and Virgil’s page,
Or claim the Muses with the Mantuan Sage;
Soon the same beauties should my mind adorn,
And the same ardors in my soul should burn:
Then should my song in bolder notes arise,
And all my numbers pleasingly surprise;
But here I sit, and mourn a grov’ling mind,
That fain would mount, and ride upon the wind.
Not you, my friend, these plaintive strains become,
Not you, whose bosom is the Muses home;
When they from tow’ring Helicon retire,
They fan in you the bright immortal fire,
But I less happy, cannot raise the song,
The fault’ring music dies upon my tongue.
The happier Terence all the choir inspir’d,
His soul replenish’d, and his bosom fir’d;
But say, ye Muses, why this partial grace,
To one alone of Afric’s sable race;

From age to age transmitting thus his name
With the finest glory in the rolls of fame?
Thy virtues, great Maecenas! shall be sung
In praise of him, from whom those virtues sprung:
While blooming wreaths around thy temples spread,
I’ll snatch a laurel from thine honour’d head,
While you indulgent smile upon the deed.

As long as Thames in streams majestic flows,
Or Naiads in their oozy beds repose
While Phoebus reigns above the starry train
While bright Aurora purples o’er the main,
So long, great Sir, the muse thy praise shall sing,
So long thy praise shal’ make Parnassus ring:
Then grant, Maecenas, thy paternal rays,
Hear me propitious, and defend my lays.

Wheatley sees the one famous African poet whose name has survived on European and American lips: Terence. While she engages in some of the symbolic modesty essential for this sort of poem, it is clear she has hopes to pick up where Terence left off. In many ways, she succeeded. Sadly, her life also resembles his. After being freed by her master shortly after the publication of her book, she found herself in poverty, unable to publish again, and suffering the death of her children from illness. She would die young too, at 31. Like so many freed slaves whose past lives in slavery had featured creative work in the proximity of high society, life after slavery was often hard and full of thankless work and poverty. Jefferson’s own cook, James Hemings, freed later in his life, ended his days in poverty and alcoholism before committing suicide. The human dignity of freedom, a rare gift to slaves in those days before Emancipation, came with a cost in a society built on racial hatred and segregation.

Though Wheatley’s extraordinary life is an American story, it is also a testament to a legacy of American cruelty and to the way the sin and idol of racism have destroyed the lives and talents of generations. Wheatley’s work is a miracle shining out from a shameful period. On July 4, we should think of these American stories. Stories of cruelty. Stories of defiant strength. Stories that remind us we can become better, that we need to become better, starting now. 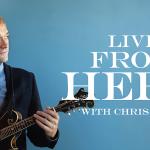 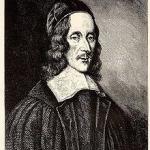