When I was young, so many descriptions of prayer tried to emphasize how active and transformative the act of praying could be. I think of the pastor in the satirical religious comedy Saved (if you haven’t seen that movie, go watch it now) screaming at a group of young people: “Alright! Let’s get our Christ on! Let’s kick it Jesus style! You want to rock with the ultimate rebel?..Who’s down with G-O-D? Jesus rules!” The movie was a cringe-worthy indictment of the fake sheen in culture-war popular Christianity. While the pastor goes on and on, the camera pans to the face of the young people, voiceovers revealing their prayers. One young woman prays: “Daddy still hasn’t stopped drinking, but I know you’re working on it.” The film lands heavy: behind the sheen of trying to convert teens with flashy, pop-culture infused prayer-theater is real suffering, real hopes. Some are banal, some are chilling, some are misguided, but there is so much energy that is not being harnessed in the narrow confines of Christian identity at the time. Seeing that movie, I am brought back to what it was like to be a young Catholic in the aughts, caught in the Bush years’ political weaponizing of Evangelical identity and the secularizing backlash.

The real work of prayer, though, is the work of waiting. It’s a work of patience. Most of all, it’s a work of openness and of acceptance even of silence and confusion. Enter George Herbert (1593-1633) and his poem “Artillerie.” The poem, published for the first time in 1633 in The Temple, begins with the poet struck by a small star which he quickly shakes off, as one would if struck by a flaming ember from a fire:

As I one ev’ning sat before my cell,

Me thoughts a starre did shoot into my lap,

I rose, and shook my clothes, as knowing well

That from small fires comes oft no small mishap,

When suddenly I heard one say,

Do as thou usest, disobey,

Expell good motions from thy breast,

Which have the face of fire, but end in rest.

Human expectations and common sense have failed our poet here. He has received a “good motion” from heaven but shook it off too quickly because it frightened him. He receives a heavenly rebuke, as if to say: “fine, do it your way, throw away good lessons. Even though they seem dangerous, they end in peace.” Herbert, per usual, submits (“For I will do, or suffer what I ought”). Yet, Herbert, like anyone engaged in prayer, can’t help but be aware of how unequal this arrangement is:

But I have also starres and shooters too,

Born where thy servants both artilleries use.

My tears and prayers night and day do wooe,

And work up to thee; yet thou dost refuse.

Much more oblig’d to do thy will,

Then thou to grant mine: but because

Herbert is on earth throwing up tears and prayers with seemingly uneven results. God has the privilege of ignoring him, yet, as the star that struck him proved, Herbert does not have the right to refuse God. The truth of the praying life: feeling ignored by God even as one feels a connection. Herbert gets it:

Then we are shooters both, and thou dost deigne

To enter combate with us, and contest

With thine own clay. But I would parley fain:

Shunne not my arrows, and behold my breast.

Yet if thou shunnest, I am thine:

There is no articling with thee:

I am but finite, yet thine infinitely.

Herbert switches from “me” to “us.” He is talking about all those who pray. Two shooters, one infinite, winning, and in control, the other, created, finite, and desperate. Though we may not always have our prayers answered, our tears wiped away, or our unease soothed, there is no talking our way out of the system. That may be the best definition of the praying life: accepting an unequal relationship. To pray is to throw imperfect, weak gestures at the sky in the hope of that star being hurled back. As is so often the case, however, when our prayers return to us, they look radically different from what we sent up. This is the thrill and the pain, the hope and the perseverance of the praying life. 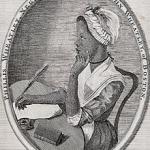 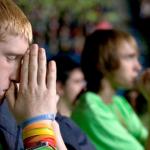