I sometimes imagine talking to my daughters, who are quite young now, in twenty years or so about this period. I imagine telling them this was the nadir of modern American politics, a partisan and divided country so aggressive in its strategizing that the very health of the institutions around which our democracy was founded devolves into an illness and a distracting hatred.

The Kavanaugh hearing was an extraordinary sight. I can recall nothing like it. Not even the Anita Hill hearing. Where Clarence Thomas had invoked, in bad faith in my opinion, the quite real legacy of black men being vilified and mischaracterized for their sexuality (and, to be clear, I believe Anita Hill and believe that Clarence Thomas should never have been confirmed to the Supreme Court, an opinion perhaps vindicated given his completely unremarkable tenure on the court), Kavanaugh chased windmills, seeing enemies in a country and a society that was built for him. His words reeked of entitlement as if even a talented Yale alumnus could simply *expect* to be elevated to the Supreme Court.

What I saw that made my stomach churn was a sense that Kavanaugh was talking directly to those who doubted him and rather than working to allay those doubts, shouted about conspiracies and the Clintons, a common GOP trick when evidence is in short supply. He simply did not allow for the fact that real questions about his drinking, his veracity (he willfully and illegally mischaracterized terms used in his yearbook, as well as the drinking age at the time of his drunken escapades, as if taunting his listener with how easily he lies about easily verifiable facts), and his character were somehow only able to grow in partisan minds.

Another problem: according to recent polls, more Americans believed Dr. Ford than Judge Kavanaugh. Meaning, that if Kavanaugh is confirmed, he will be the second GOP-nominated judge to squeak by a confirmation hearing with serious doubts about his behavior. The SCOTUS, which is meant to float above politics and safeguard our democracy, is becoming rapidly just another partisan branch of government.

In the Trump era, politics has become hard to swallow and hard to teach. A presidential campaign rally or a presidential press conference (rare these days with Trump) used to be the high fiber stuff of history class assignments. Who could expect young children to watch the Kavanaugh hearings or Trump’s disgusting remarks about Dr. Ford and have any pride in our institutions?

As Senator Collins, famous for her ability to vacillate and soak up attention before falling in line with her corporate donors and party, cast doubt on Dr. Ford’s memory saying essentially “I believe something happened to her, but not by Kavanaugh” she is essentially saying “I don’t believe her.” For all her legally misleading talk about a “presumption of innoncence” (there is no presumption of innocence in a job interview or advisory role), she basically accused Dr. Ford of a felony by denying her assumption that she was 100% sure that Kavanaugh was to blame.

None of this, by the way, though the media focuses almost exclusively on the horse race aspect of these events, is going away. Women across the country have heard loud and clear that their testimony and accusations mean nothing when a powerful man has powerful friends. Kavanaugh’s past behavior will continue to be scrutinized by the press with renewed vigor, and protests will certainly escalate across the nation.

Indeed, it is clear that guided by a president that has never had majority popularity (and did not win the popular vote), our government is increasingly disconnected from the will of the majority of Americans. That is a dangerous precedent. It is also a warning for the church.

Some corners of the church too have embraced minority positions with fanatical zeal. Too many Catholics believe that overturning Roe v. Wade is worth the selling of every other principle (and supporting a president openly repugnant to essential Catholic beliefs and temperament). As the Church wrestles, again, with an abuse crisis as well as the dangerous downsides of its past culture of paternalistic authority, there are lessons here about learning to see your flock and potential flock for who they are, not who you wish them to be.

The GOP with its actions this week may very well have lost young women for generations. The Church, if it’s not careful, may do the same. Now is the time to return to pastoral and evangelical principles, to a revolutionary social vision for the world in line with Jesus’s teachings and real presence in the Eucharist. Now is not to sell our souls cheaply for partisan battles. More than just the future is on the line. 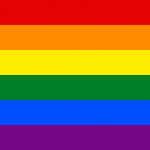 September 18, 2018
Burning the Rainbow and Other Wrong Ways to Save a Church in Crisis
Next Post 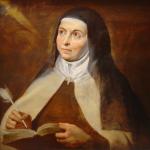