Why the Church Needs Women (Everywhere)

A relative asked me recently: “When will you just decide you’re through with the Church?” He was referring to the fallout from the latest abuse crisis, a crisis still very much gripping the throat of the Church. How could anyone who claimed to care about power and abuse, someone who supported the “me too” movement and had listened to women describe years of harassment, support a church that had, in parts, preyed on the vulnerable and tried to cover it up? When would I decide enough was enough?

My short answer was “never.” I explained that I had lived and worked in secular, self-proclaimedly “radical” circles in academia and had always found a significant chasm between theorizing and action. Among my fellow members of my parish’s Ministry to the Hungry, Homeless, and Those in Need, I saw more radical potential than I saw in any Marxist reading group (not that there is anything wrong with reading Marx, it can, in fact, be an important education). These people, far from radicals in their everyday lives, display every week a hungry urgency to feed, clothe, and support those in need. They do not believe, as some of our leaders and thinkers do, that those in need are needy because of some fault in their lives or, even if they did believe that, it wouldn’t make any difference, the needy are there for God’s people to support. If I were not devoted to the Eucharist, to the beauty of Catholic Theology, and to the faith my family has held onto for over a millennium already, this radical faith in action would draw me back every time.

So I often tell my fellow young people (though I find I get less young every year) that the Church, which may have left because they don’t believe it can fit into their lives and beliefs, shares their concerns about the inequalities in our society. That the Catholic Church is not the Republican Party (or the Democratic Party) but, in its truest form, radically meta-partisan (despite what some of its members try to make it). The Church, I tell them, shares so many of your outrages and wants to work to answer them. The materialism they dislike in everyday life is a dislike shared by the Gospels and Church Teaching.

Yet, there is always a problem. “But the Church is sexist,” I will hear.

When I think of the future of the church. I think of the pain and distrust of the abuse crisis. Yet, the Church is not alone in facing a reckoning over abuse in its ranks. Academics, actors, and restauranteurs have joined the ignominious assembly of those who have turned their workplaces and communities into places of abuse and harassment. Yet, the Church is alone among many institutions for its insistence on a male-only leadership. One can’t help but wonder if the cover ups which have plunged the Church again into a defensive crouch would have been possible if women were in positions of leadership in the Church. We know that cultures of sexual harassment are empowered by male-only management.

Beyond the current crisis, however, do we really believe the church can thrive after we are all dead, when the young in our world that too many of our older citizens mock are in charge, that they will tolerate never mind expand a church that systematically excludes women?

I understand the theological backing of the male-only priesthood. Yet, I also see how those first priests failed in the time of Jesus, showing weakness and denial while the women who knew Jesus were not only the first witnesses of resurrection but were steadfast when his male followers faltered. Catholics are alone among major Christian churches in excluding women in such a literal interpretation of the bodies of the apostles. Could it be time, slowly and prayerfully, to turn the page? To not only explore a women’s diaconate but the actual ordination of women?

The Church needs to find a path forward. It needs to prove that its key truths are what the world needs most. Yet, the Church finds its followers with tradition in one hand and powerful, present faith in the other. Could it be time to open its leadership and sacramental duties to women? To read tradition more radically than it has? To continue the work of Vatican II to breathe new life into timeless doctrine? For me, and for many, yes. 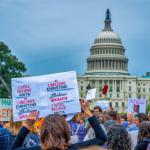 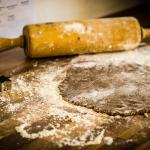