This past Sunday, my family and I walked into Mass to the blaring sounds of anti-Catholic protesters with bullhorns shouting, “You worship idols. You’re not real Christians”, and carrying a giant sign that read REPENT FOR PRAYING TO MARY.

Great way to start a Sunday, let me tell ya.

This isn’t the first time these people have been outside our parish, and I doubt it’ll be the last. The main perpetrator, a relatively unknown “street preacher”, likes to show up once or twice a year, shout at Catholics trying to worship, film it, and then put it on YouTube.

For the most part, everyone in the parish just ignores them, but it’s difficult. Especially since the message is blatantly, objectively wrong—specifically the notion that Catholics worship Mary and the Saints. (We don’t. Never have. Never will.)

Now, this mistaken belief is nothing new. It has long been one of the primary accusations thrown at the Church by anti-Catholic Fundamentalists. And to be fair, it might be a bit more forgivable if we didn’t live in a world where one quick Google search will turn up thousands of articles from priests, bishops, and lay theologians explaining Catholic Mariology, veneration, and intercessory prayers.

But unfortunately for Jack Chick Jr. over here, we do. In fact, every bit of what the Catholic Church actually teaches, proclaims, and believes is available to anyone with access to Wi-Fi—including our entire Catechism. So there’s really not much of an excuse for this type of demonstration anymore.

This isn’t even a theological issue; it’s a factual one. If our protestors wanted to debate justification, John 6, or the Solas, that’d be one thing. But instead, they preached—and continue to preach—a message that is factually, objectively wrong—which makes it a lie. And if I remember my Sunday School correctly, that’s one of the big no-nos.

As hard as it may be, I suppose we should pray for these people. Maybe a Hail Mary?

October 24, 2016
What The New Pro-Life Movement Stands For
Next Post 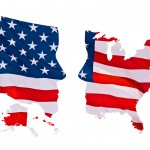 November 7, 2016 Laura Calise on Voting for Clinton
Recent Comments
0 | Leave a Comment
Browse Our Archives
get the latest from
Catholic
Sign up for our newsletter
POPULAR AT PATHEOS Catholic
1