Go Wherever God Shows Up

Growing up Southern Baptist, Advent wasn’t really a thing for me. In fact, I don’t even remember hearing the word “Advent” until I started attending Mass. Since my conversion, however, this season has become a time of intense spiritual reflection for me. And as I sit here at the end of the year and think back on the last 12 months, I’ve found myself dwelling on one question.

Why am I still a Catholic?

It’s not a unique question. Just about every single Catholic blogger has written a piece about why they converted or remain in the Church. It’s a good way to get your feet wet as a beginner, and it’s low hanging fruit when you’re out of content ideas.

Nevertheless, it’s a question I’ve been asking myself a lot lately, and it’s one that I really don’t like dealing with. Converting to Catholicism was one of the few things in my life I can say I was absolutely sure about. And that really means something to me, because as a person who struggles daily with doubt and skepticism, those extraordinary moments of pure and total certainty don’t come around very often.

But if I’m honest, for the last couple of years, being a Catholic has felt more like a grueling chore than a joy.

Let’s start with the current political climate. Whether directly or indirectly, the Trump era has brought out the absolute worst in people, and the Church has not been spared. Prominent Catholic figures, some of whom I used to look up to, have descended into darkness and twisted themselves into pretzels trying to defend the atrocious actions of this administration. Others have been less subtle, proudly displaying their sexism, racism, and classism as if it were a badge of honor (lookin‘ at you Ruse).

Then, of course, there’s the ongoing, worse-by-the-day sex abuse crisis that has done irrevocable damage to thousands of people, demolished the Church’s witness, and caused tremendous friction between the laity and the leadership. As a matter of fact, I’m writing this just a day after it was reported the Illinois diocese has suppressed accusations against a jaw-dropping number of potentially abusive priests.

And then on top of all this, I’ve had to deal with some strenuous events in my personal life that, among other things, have significantly altered my perspective on a few particularly critical issues. I’ll spare you the details, but let’s just say this was the back-breaking piece of straw – the cherry on top of my crisis-of-faith-sundae.

But I do it anyways. And it’s not because of the sacraments, or the history, or the theology.  When you strip everything else way, the one and only reason I remain in the Catholic Church is that, for me, it’s the only place God ever really showed up.

I’ve always struggled to feel God’s presence in my life. For the longest time, I rarely felt confident in my salvation. I never felt forgiven. I never felt overwhelmed with a love for Jesus. I mostly just felt alone and abandoned – like my prayers were just dissipating before anyone heard them.

In the Baptist church, it wasn’t uncommon for people to get caught up in the moment during worship. They’d close their eyes, raise their hands, and holler “Amen” at the preacher. There was always a lot emotion, a lot of tears, and a lot of Sundays where it felt like the Holy Spirit had touched everyone in the room except me.

Then, after years of feeling virtually nothing, I came into the Church, and suddenly there was something there that wasn’t before.

And it stayed there.

And it’s still there.

It’s not always clear, it’s not always intelligible, and sometimes it’s dead silent. But it’s there. And that’s why I can’t leave.

There may be rot in the physical church. There may be corruption in the leadership. But the Catholic faith is where I happened to find God. For me, that something worth sticking around for – it might even be worth fighting for.

But I want to be clear on something. The point of this blog is not to admonish those who have left the Church. It’s not to offer a defense of the Church. It’s not to set myself up and some kind of example. This is just me struggling to express some complicated feelings about a really complicated issue. And so the message I want you to walk away with is this: Go wherever God shows up to you.

I can’t tell you why the Catholic Church is the only place God ever really spoke to me. I can’t tell you why others have had the exact opposite experience. All I know is that finding God after years of searching is one of the most precious, cherished moments of my life.

Far be it from me to tell you where or how to find God, but when you do, don’t leave. 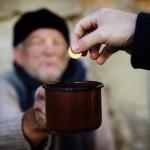 December 3, 2018
Charity is not enough for Christians. We must struggle for justice.
Next Post 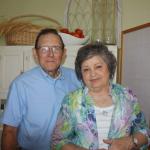 January 5, 2019 A Eulogy for My Grandmother
Recent Comments
0 | Leave a Comment
"Thank you for this beautiful meditation. Yes, Christ has saved us, and all he asks ..."
E Brown A Letter to My Children on ..."
"Many "street preachers" (and I've encountered their university educated younglings in CRU on campus) actually ..."
Elzbieta Close Encounters With Anti-Catholic Street Preachers
"Be ready for your death."
See Noevo Jesus Says Be Ready. Ready For ..."
"Really? The author specifically says that the movement abhors abortion, denounces euthanasia and seeks to ..."
Elzbieta What The New Pro-Life Movement Stands ..."
Browse Our Archives
get the latest from
Catholic
Sign up for our newsletter
POPULAR AT PATHEOS Catholic
1 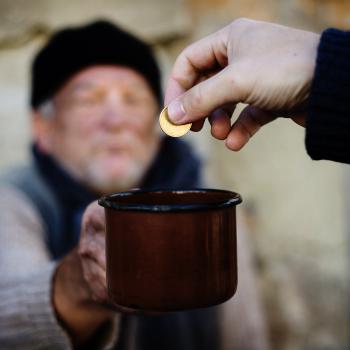