If We Are Pro Life, We Are Anarchists.

If We Are Pro Life, We Are Anarchists. November 10, 2016 Matthew Tyson

“There are different forms of anarchy and different currents in it. I must, first say very simply what anarchy I have in view. By anarchy I mean first an absolute rejection of violence.” – Jacques Ellul, Anarchy & Christianity.

During my conversion to Catholicism, I became very drawn to the radical non-violence of Dorothy Day and other Christian Anarchists, such as Jacques Ellul, quoted above. Their absolute rejection of violence is something that has played a big role in both the formation of my pro-life identity and the New Pro-Life Movement.

I’ve made it plenty clear in past blogs that when I call myself pro-life, I’m not talking about just abortion. To me, being pro-life means exactly what the title dictates: to be for life — totally, completely, and without reservation. It means to see the preservation of all human life as the greatest good, from the unborn to the elderly, the innocent to the guilty. It means to exhaust every possible effort to avoid killing at all costs — even in cases where it can be lawfully justified. It means no abortion, no euthanasia, no death penalty, no war, no torture, no gun violence, and no vengeance.

And this belief is radical. It is anarchy. It flies directly in the face of strongly held convictions from all over the socio-political spectrum. It requires one to look at both the unborn child and the convicted murderer and declare that both have the right to live. It challenges and rejects the idea that bloodshed is an effective, even honorable, option for achieving good—a belief that is deeply rooted in our society.

We live in an inherently violent culture. This movement is a revolt against that culture. If we are pro-life, then we are anarchists. 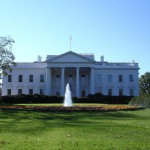 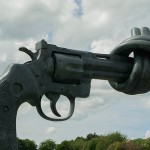 November 12, 2016 Violence Can Be Permissible. That Doesn't Make It Good.
Recent Comments
0 | Leave a Comment
"Thank you for this beautiful meditation. Yes, Christ has saved us, and all he asks ..."
E Brown A Letter to My Children on ..."
"Many "street preachers" (and I've encountered their university educated younglings in CRU on campus) actually ..."
Elzbieta Close Encounters With Anti-Catholic Street Preachers
"Be ready for your death."
See Noevo Jesus Says Be Ready. Ready For ..."
"Really? The author specifically says that the movement abhors abortion, denounces euthanasia and seeks to ..."
Elzbieta What The New Pro-Life Movement Stands ..."
Browse Our Archives
get the latest from
Catholic
Sign up for our newsletter
POPULAR AT PATHEOS Catholic
1