In a recent article from The Atlantic, Italian journalist Anna Momigliano writes about an interesting alliance between two unlikely allies in Europe: Conservative, Pro-Life Catholics and Left-Wing, Pro-Choice Feminists.

The cause that has united the two? Surrogacy.

Unlike in America, where the practice is legal and not nearly scrutinized to the same degree as other reproductive issues, surrogacy is a hot topic in Europe. Momigliano writes:

“The practice whereby a woman carries a pregnancy to term for third parties is legal in the United States and Canada, but not in most of Western Europe. Some countries, like France, Germany, Spain, Italy, and Sweden, have banned surrogacy outright. Others, such as the United Kingdom, don’t have specific laws against surrogacy, but recognize the woman who gives birth to a child as the legal mother, making any surrogate agreements unenforceable. The European Parliament rejected surrogacy in a 2015 non-binding resolution.”

For the Catholics, this is a pro-life issue. For the Feminists, it’s a battle against the patriarchy for body autonomy. For both sides, it’s an issue of human dignity, and they’ve managed to use this common ground to work towards a mutual goal.

This concept might seem a bit foreign to Americans (no pun intended), considering that we are perhaps more polarized now than at any point in the last 150 years. But there’s a lesson here that American Catholics—Liberal AND Conservative—should pay attention to.

In our fight for social justice—be it on behalf of the unborn, the worker, the poor, the environment, or society as a whole—we need to be less monolithic and more willing to make allies wherever possible, even with those we often oppose.

Take abortion for example. We spend so much time debating the merits, morality, and legality of the issue that we completely ignore the fact that no one on either side (except for maybe Planned Parenthood) wants *more* abortions. “I’m not pro-abortion, I’m pro-choice” is an often repeated pro-choice mantra that—philosophical inconsistencies aside—provides an opportunity to find some middle ground where both sides can potentially work towards a common goal, together.

Does that mean Catholics have to stop talking about *why* abortion is evil in the first place or that we have to compromise our moral and religious beliefs? Absolutely not. But we can’t become so consumed by the culture war that we reject potential solutions for real goal of actually reducing abortions.

The fact that we routinely choose to do the opposite—with this and most other issues—says a lot about our true intentions. Many of us aren’t nearly as dedicated to advancing social justice as we are to winning the debate. We let our political bias take precedence, and all the while the issues we’re supposed to be addressing remain unresolved.

American Catholics could stand to learn a thing or two from anti-surrogacy movement in Europe. Let’s make allies, not enemies. 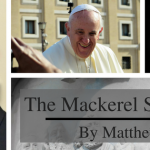 March 25, 2017
Working for Social Justice is Not Optional for Catholics
Next Post 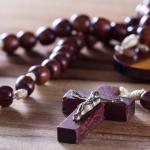 September 8, 2017 On Salvation and Witnessing, Or Why Father Martin Is Right
Recent Comments
0 | Leave a Comment
Browse Our Archives
get the latest from
Catholic
Sign up for our newsletter
POPULAR AT PATHEOS Catholic
1