Remind me why Mormons hang out with the Religious Right?

Regardless of how hard Mormons try to gain acceptance from conservative Christians by playing up their culture war bona fides, they’ll never be admitted to the country club.

There are dog whistles and then there are dog foghorns. On December 5th, former White House Chief Strategist (and alleged wife-beater, avowed Leninist, and anti-Semite) Steve Bannon let sound one of the latter before a crowd of Republicans in Alabama. In response to Mitt Romney’s criticisms of credibly accused child molester Roy Moore, Bannon accused the former Massachusetts governor of “hid[ing] behind [his] religion” by serving a Mormon mission in France while America was fighting in Vietnam. In Alabama’s overwhelmingly evangelical electorate, the strategy behind his remarks was clear: discredit Romney’s condemnation of Moore by playing up many conservative Christians’ strong antipathy for Mormons.

I grew up in the Deep South, and I have firsthand experience with the disdain many conservative evangelicals express toward Mormons. I still remember my 4th grade teacher making snide comments about my religion, and I recall when other prominent churches in my hometown boycotted a community holiday celebration because my Mormon congregation’s choir was participating. I also carry the memories of my classmates who told me that their pastors had condemned my faith as a “cult.”

This brings me to my question: why do so many of my fellow Latter-Day Saints insist upon identifying with the Religious Right, a political demographic that has time and time again shown that it views us with contempt? Yes, many conservative Mormons hold views similar to conservative evangelicals on issues like abortion and marriage equality, but are those hot-button topics really worth wedding ourselves to a movement that clearly has no qualms about throwing us under the bus when it’s convenient?

Regardless of how hard Mormons try to gain acceptance among conservative Christians by playing up their culture war bona fides, they’ll never be admitted to the country club. This was vividly demonstrated to me when I worked for the ACLU of Georgia during law school. While I was reviewing potential litigation for our office to sign on to, I came across a complaint from a Mormon parent in the Atlanta suburbs. Her child had done everything “right” to prove her devotion to the Religious Right – she was enrolled in an evangelical private school, participated wholeheartedly in school activities, and even sang in the school’s religiously themed choir. But when she auditioned for, and won, a solo part in a school production, she was subsequently booted from the role because school administrators were concerned about having a “non-Christian” so prominently featured.

The fact is, rather than having the Religious Right promote their interests, Mormons are more likely to be victims of the Religious Right’s intolerant ire. Take one of the “Moral Majority’s” favorite hobby horses: school prayer. One of the foundational Supreme Court cases limiting schools’ ability to have government-sponsored prayer resulted from Mormon and Catholic parents suing a Texas school district whose personnel saw nothing wrong with students and administrators railing against non-evangelicals in hateful diatribes dressed up as appeals to deity. In the run-up to and during that litigation, Mormon students and their families were subject to threats and harassment, a Jewish student was taunted with anti-Semitic slurs, and Catholic parents were condemned in public school board meetings for “not being Christians.” After years of winding through the appellate process, when the case ultimately reached the Supreme Court, Jay Sekulow (a Pat Robertson acolyte, golden boy of the Religious Right, and attorney for Donald Trump in the current investigation of his potential collusion with Russia) cynically argued for the Santa Fe Independent School District that the schools, rather than discriminating against members of minority faiths, were doing nothing of the sort.

Don’t get me wrong – I’m not saying there aren’t many on the secular left who express enmity for Mormons. However, at least for them, their ire is typically rooted in opposition to political positions espoused by Church members (like Mormons’ support for Proposition 8), rather than a contempt for Mormons simply for their religious identity. And even though some on the left may disagree with Mormons’ politics, they typically stand up for us when they sense religiously motivated bigotry. Look at how Obama refused to make an issue out of Romney’s faith in 2012 – and how conservative Christian extraordinaire Mike Huckabee didn’t hesitate to do so in 2007.

I’ll take someone who dislikes me over my politics rather than my religion any day of the week. 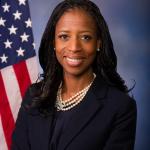 February 9, 2018 "I should have told her to divorce him": The Rob Porter Scandal
Recent Comments
0 | Leave a Comment
"Virtually none of this article is true."
theman8469 When Americans Forced Muslims to “Immigrate” ..."
"I am not LDS, but I admire much the witness of Senator Romney who returned ..."
Christiane Smith “I should have told her to ..."
"Bishops are asked to not counsel either way, as @ji mentions below. In instances where ..."
Observer “I should have told her to ..."
"DESPICABLE ARTICLE, SEETHING WITH TRUMP-ITIS, A DISEASE OF LEFTIST ONE-WORLD GOVERNMENT DEMOCRATS. Shameful and oozing ..."
LightRevolutions dotcom Elders Ballard & Anderson Confront the ..."
Browse Our Archives
Related posts from The Mormon Politico