I woke up today to see a friend had shared yet another account of a priest sexually assaulting children.

It has been almost two decades since the first wave of sex abuse scandals broke, and not only are reports still coming in—they are actually surging. And it is not just Catholics.

In the decades since these first cases came to light, we have learned a lot about pastor-perpetrators. We know they aren’t any more likely to be gay, mentally ill or pedophiles than anyone else. We know that these perpetrators offend and reoffend, especially when they are left in continuing pastoral care relationships with their victims.  We know predator priests are more likely to use coercion than violence. We know the numbers are similar to those of other professionals placed in positions of power, trust and authority.

We know that the measures currently being taken to control this epidemic are not working.

What we don’t know is why.

Since 2002, the United States Conference of Catholic Bishops has implemented a number of major initiatives, including background checks, additional training, and increased oversight, but little has changed.  Most Protestant and other denominations have the same story.

Looking back at this dismal history–and especially at the failure of new guidelines to change anything–can be discouraging. But there is one thing that these churches have not tried to change that could make a major impact on nearly every single identified risk factor.   That one thing is their theology.

The Catholic Church believes that the ordination of priests is a sacrament. They gain certain sacred trust and authority just by virtue of their office. Although any actual power is believed to originate with God, except in certain emergency circumstances it is only through priests that mass can be held, sacraments can be administered, confession can be made, sins can be forgiven, and so on. Only priests have authority over a parish, which, by way of Apostolic Succession, is exactly the way Christ ordered it.

Although Protestant and other denominations vary in their polity, the closer the pastor has to god-like power, the more sexual assault allegations we see.    We know the old maxim, “power corrupts,” but it is rare we remember the full context of that original statement. In an 1887 letter to his Bishop, chastising him for not holding authority figures accountable, Lord John Dalberg-Acton wrote:

I cannot accept your canon that we are to judge Pope and King unlike other men, with a favorable presumption that they did no wrong. If there is any presumption it is the other way against holders of power, increasing as the power increases […] Power tends to corrupt and absolute power corrupts absolutely. Great men are almost always bad men, even when they exercise influence and not authority; still more when you superadd the tendency or the certainty of corruption by authority. There is no worse heresy than that the office sanctifies the holder of it.

There is a growing movement among progressive Christians to stop seeing clergy as particularly holy. To see them as servants, not saints. To take away their special priestly powers and replace them with the “priesthood of all believers.” While this doctrine is almost 500 years old, it is only now, in the wake of so many scandals rooted in abuse of power, that it is finally coming into actual practice.

In my own church, the pastor rarely meets with congregants alone. There are no youth events without at least two adults present. The pastor has no magical powers—baptism is a communal welcome, and eucharist is a shared table of all believers (with an invitation to non-believers too). Certainly the pastor has a job to do, but it is done as servant, not Father, of the church. With no special power to begin with, there is no special power to abuse.

How much trauma and how many childhoods could be saved, if only every church adopted this approach?

About Jim Coppoc
Jim Coppoc is a Seminarian, writer and father. You can read more about the author here.
Previous Post 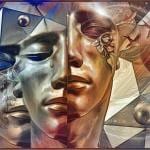 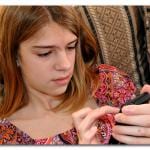 What if life wasn't just a...
slacktivist
Related posts from The New Paraclete