Eros, Agape and Why We Cannot Love Well

In an incisive, albeit slightly esoteric, essay entitled “The Schizoid Christ,” theologian Graham Ward criticizes a view of love held by the post-modernist philosopher Emmanuel Lévinas. Ward quotes Levinas on Lévinas’ understanding of what it means to live a life for the Good:

A Jew is accountable and responsible for the whole edifice of creation. Something engages man even more than the salvation of his soul. The acts, utterance, thoughts of a Jew have a formidable privilege of destroying or restoring worlds. [A]s responsible…I [Lévinas] am never finished with emptying myself of myself. There is infinite increase in this exhausting of oneself, in which the subject is not simply an awareness of this expenditure, but is its locus and event.

Graham Ward, “The Schizoid Christ” in Christ and Culture, 79

What Ward rightly criticizes about Lévinas’ ethics, and metaphysics, is the lack of reciprocity in the relationship between the subject and the other, i.e., the personal object of love. For Lévinas there is only kenosis (self-emptying) from one direction, that of the individual emptying himself or herself for the other. One is bound up in an eternal emptying of oneself. There is no reciprocity, no expectation (or desire even) to also receive love from the “thou” in the “I-Thou” relationship (to use Buber’s phrase). There is no hope of entering the promised land, only an endless embrace of the wilderness experience (Ward, 78).

According to the postmodernist Lévinas, to desire or expect any gratitude from the beloved is itself a moral failure. And so, as Ward correctly points out, Lévinas posits an ethical stance where reciprocity is banished from the social relation. As such, according to Ward, Lévinas rejects the deeper truth that “sociality is not simply desire for the other, it is also the other’s desire for me.”

In his critique of Lévinas, Ward touches upon a foundational, yet often neglected, truth of the biblical view of Love. Divine Love is not an unreciprocated, or unappreciated, one-way flow of charity. It is an economy of mutual self-giving between the lover and the beloved, even if in the Divine-human relationship between God and man, this mutual self-giving is ontologically asymmetrical.

Paul on Christ’s Kenosis and Exaltation

Paul sums up for us the archetype of mutual love in his letter to the Philippian church when he writes,

Make your own attitude that of Christ Jesus,

who, existing in the form of God,
did not consider equality
with God
as something to be used
for His own advantage.
Instead He emptied Himself
by assuming the form of a slave,
taking on the likeness of men.
And when He had come as a man
in His external form,
He humbled Himself
by becoming obedient
to the point of death–even to death
on a cross.

On Lévinas’ view this is where love ends. In the total self-giving of the person, in this case a divine person (although Levinas would not see Jesus as divinity per se). Many Christians too, unfortunately, fall into the same trap as Lévinas, failing to realize that kenosis is not the terminus ad quem of love. The final destination of any love relationship is instead, exaltation. Paul continues,

For this reason God also
highly exalted Him [Jesus]
and gave Him the name that is above
every name,
so that every knee should bow–
of those who are in heaven
and on earth and under the earth–
and every tongue should confess
that Jesus Christ is Lord,
to the glory of God
the Father.

C.S. Lewis On Knowing and Being Known

C.S. Lewis, in what has been called the greatest sermon of the 20th century, “The Weight of Glory,” also calls our attention to this central truth about love. In Lewis’ commentary, he highlights the act of knowing “the other” and of being known, a desire that exists in every human heart and that we know intuitively from our childhood:

I suddenly remembered that no one can enter heaven except as a child; and nothing is so obvious in a child—not in a conceited child, but in a good child—as its great and undisguised pleasure in being praised. Not only in a child, either, but even in a dog or a horse. Apparently what I had mistaken for humility had, all these years prevented me from understanding what is in fact the humblest, the most childlike, the most creaturely of pleasures—nay, the specific pleasure of the inferior: the pleasure a beast before men, a child before its father, a pupil before his teacher, a creature before its Creator.

In the end that Face which is the delight or the terror of the universe must be turned upon each of us either with one expression or with the other, either conferring glory inexpressible or inflicting shame that can never be cured or disguised. I read in a periodical the other day that the fundamental thing is how we think of God. By God Himself, it is not! How God thinks of us is not only more important, but infinitely more important. Indeed, how we think of Him is of no importance except in so far as it is related to how He thinks of us.

It is this being thought about by God that entails the full weight of His glory, a glory that is then shared with us, just as it was shared first with Christ. The converse to this, of course, is to not be known by Him, which is the most terrifying prospect of all:

Perhaps it seems rather crude to describe glory as the fact of being “noticed” by God. But this is almost the language of the New Testament. St. Paul promises to those who love God not, as we should expect, that they will know Him, but that they will be known by Him (I Cor. viii. 3). It is a strange promise. Does not God know all things at all times?

But it is dreadfully rechoed in another passage of the New Testament. There we are warned that it may happen to any one of us to appear at last before the face of God and hear only the appalling words: “I never knew you. Depart from Me.” In some sense, as dark to the intellect as it is unendurable to the feelings, we can be both banished from the presence of Him who is present everywhere and erased from the knowledge of Him who knows all. We can be left utterly and absolutely outside—repelled, exiled, estranged, finally and unspeakably ignored.

It is this prospect of not being known by God that must haunt the mind of someone like Lévinas, whose view entails there can be no reciprocity from the beloved. How terrible and frightening, and depressing, it is to entertain a view that precludes the possibility of being known by one’s Maker, Who is also Love itself!

Love is a confluence of two seemingly paradoxical tendencies: The desire to enjoy the object of love, and the will to do good for the beloved. One impulse takes and the other gives….In Greek, the passion to possess another is called eros, whereas self-giving love is called agapē. They are joined in creative tension in all human love.

The reason we cannot love properly, however, is because we cannot, can never in this world, perfectly harmonize both the kenotic and the receptive aspects of love. Usually we struggle to give of ourselves, and, as such, become only takers (or in-takers) of the love of others. And, in this way, we become users and manipulators of those who love us. We become egoists, self-centered and exploitative. Always taking, never giving. Eros with no agape.

However, there is the opposite tendency as well. There is the one who only gives, but who fails to properly receive love. Those who only give (the out-givers), yet reject or suppress any desire or inclination to receive praise, good report or reward, i.e., to allow themselves to be known (even in the Hebrew sense of the word), are also not participating in the archetypal plan of love. For, like Lévinas, they reject the exaltation that God the Father rewarded the Son upon His act of outpouring love. The endstate of many who go down this route is inevitably bitterness, ingratitude and a form of pride. Agape without eros is as great an error as its inverse, even if we tend to see it play out less frequently in our lives.

There is a caveat to this last privation of love, however. The giver of love can experience unrequited love, yet still keep on giving love. However, to not experience love returned is not the same as rejecting the very desire or need for that love. The one is unfortunate, the other is sin.

Conclusion: We Cannot Love (Yet)

The divine love, presented to us succinctly by Paul in Philippians 2:5-11, requires both agape and eros to be in perfect harmony and demands from us to acknowledge and pursue both. Oden sums up this harmony well:

Love that becomes fulfilled is that which finds some balance of giving and receiving, of self-fulfillment and fulfillment of the other, of eros and agape, of love received and love poured out if not now, over time, bound by fidelity, and if not in time in eternity…A perfect love would be that which receives to the limit whatever goods can be received from a relationship and gives without bounds whatever goods can be given.

Finally, we can not love like this, not yet at least, because we are not yet fully incorporated into the Divine Love of God:

God loves all creatures in the twofold sense that God unapologetically enjoys them for their own sake and desires their answering, enjoying love in response to eternally patient, self-sacrificial love…God feels the worth of creatures and longs to do them good. Because God loves in both of these ways in full and fitting balance, we say that God is love.

The entire Gospel of Jesus Christ hinges on this understanding of love. Of course to understand is one thing, to act is another. Like all things divine, there is often a grasping of the intellect first and a catching up of the will second. When it comes to Love, we must pray fervently for both. 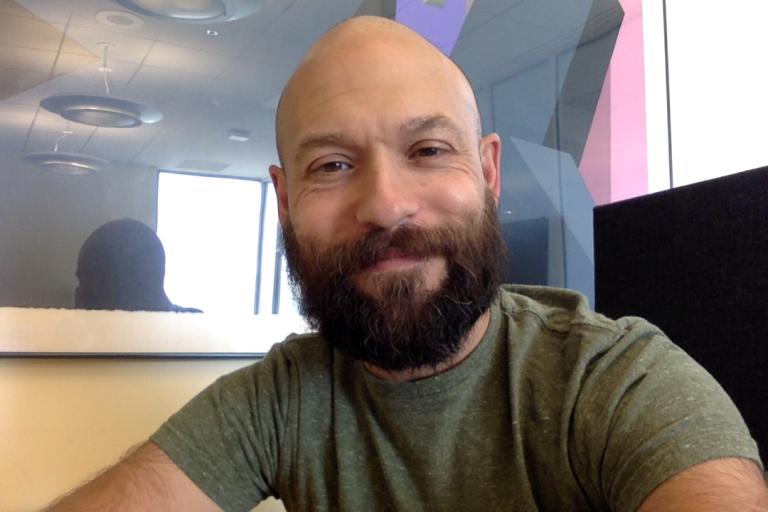 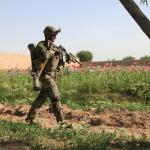 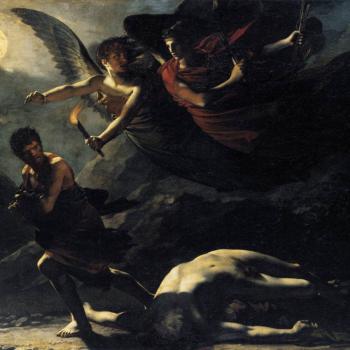 Evangelical
Resentment and Her Children: The Emotional Heart of...
Theological Apologetics 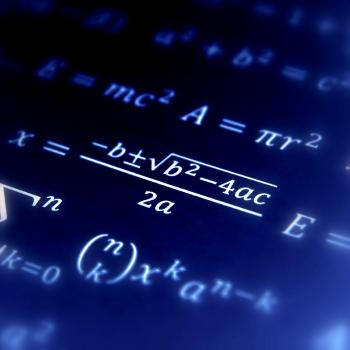 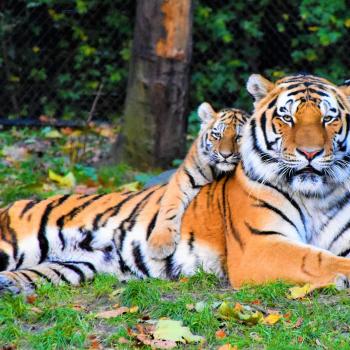 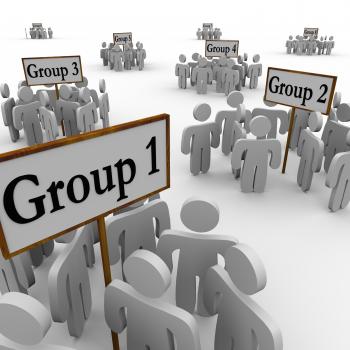