This is a Guest Post by my friend and colleague Logan Zeppieri. Logan holds an MA in Philosophy from Talbot School of Theology, a BA in Philosophy of Science and is a current graduate student in Clinical Psychology. His work includes political and business research, pastoral training, animation, and essay contributions to several publications like the Claremont Institutes, “The American Mind.”

In response to overturning Roe v. Wade, there have been more nuanced responses than perhaps Oxford’s Bodelian library could catalog. But as the social media snow globe begins to settle, there has been one response among certain academic circles which I believe warrants a reconsideration—in-part because it is profoundly correct, in-part because it naturally squares with conservative inclinations, but most importantly because it has the potential to implode our own advances in social policy.

The response goes something like this. First, and of course foremost, overturning Roe v. Wade undid a ruling that was an affront to the fundamental principles of the American republic, found in the doctrine of “substantive due process,” and a denial of the fundamental laws of human nature, found in the purported constitutional right to kill children. And second, while not at the forefront of the discussion, but illustrative of conservative inclinations towards pessimism, is the admittance that this is merely a legal and not cultural victory. There has been no real change to the  “hearts and souls” of the American people. Children will still be born out of wedlock; abortions will still become legal in many states (perhaps even more aggressively so); and family values will remain under attack from almost every media and academic outlet. There may have been a great legal victory, but there was no cultural victory, and, therefore, no real victory.

For whatever reason, conservatives always fail to see the importance of cultural symbols and the effects that can ripple through a society from their public destruction. Of course, a SCOTUS ruling will not save us from our sins. Of course, returning the question of abortion back to the states may effect little “real” change in the hearts and souls of the American people, today. But is this “merely” a SCOTUS ruling? Is this “merely” returning a question of abortion back to the states? Ask any sitting Democrat or any radical feminist and the answer will be a resounding, “No!”

If it is from the House Chamber or from behind the silver screen, Dobbs has been declared an act of war against the radical reimagination of the human condition and the constitution of human rights. Conservatives must see the obvious, if not take the leftists at their word. Dobbs is not “merely” a SCOTUS ruling or “merely” returning the question of the abortion back to the states. This ruling overturns a cultural symbol of radical leftwing ideology. So while the profane march against every decent and respectable institution has not been stopped—not even slowed down—it has been shown that their march is neither immutable nor inevitable; it has been shown that, even if by a pin prick, leftwing ideology can bleed.

And this is the danger of the undercurrent of conservative pessimism. It has the tendency to inoculate their adherence against real excitement and real joy. This lack-luster self-degradation amidst triumph is something that leftists have failed to enforce upon conservatives for almost fifty years, but which conservatives impose upon themselves almost every day.

A New Constellation of Moral Policies

Whether by hook or by crook, the left has aligned for us the new constellation of conservative social values, a beachhead into moral reform. The conservative answer: Reinforce a new cultural expectation that sex does not come before marriage. Reinstate the constraints of monogamous marriage. Connect pregnant women to the vast networks of crisis and pregnancy centers. And, especially, begin forcing massive overhauls of our decrepit and dying foster system. Put plainly, let us not allow a crisis of the Left go to waste and their social indictments fall on deaf ears.

But where must we begin? We must begin where the entire abortion debate started, the only place capable of bearing the burden of such moral regard for human persons—the church, that institution which guides and forms the moral character of our nation. A reformation of the church must begin. We must start by purging the immoral pastorate.

Every priest and every pastor who either bent the knee to Black Lives Matter or raised their first against the protection of the unborn child should be pulled from their pulpits, stripped of their authority, and offered one of two paths forward: to beg for forgiveness from their congregation or be exiled from the church. For those who cannot be held accountable, allowing their congregation to perish beneath the shadow of the pulpit, must be held accountable by those faithful churches—declaring the wolves in sheep’s clothing illegitimate upon moral grounds, stemming from theological commitments to the equality of all persons by divine right of the created order.

Be courageous, ignore the haters. Leftists influencers will froth at the mouth over “taking away women’s rights,” about introducing a “religious theocracy,” and that we are threatening “the very foundations of democracy.” They will use every indecent and immoral accusation from within their own indecent and immoral framework.

But if we took a critical lens to our modern society, who has allowed men to dominate in women’s sports, allowed men into women’s bathrooms? Who has reintroduced the social inquisition through their own elaborate system of faith-practice, public rites of atonement, shadow-banning, and hate crimes? And who leveraged the administrative state through the entire pandemic to shut down the economy, override the legislature’s powers, strip the citizens the right to work, and drown-out the voices of the people and their businesses? They may profess that saving the lives of children and promoting the welfare of the family will destroy society at its core, but when we examine the real and present dangers, Leftism has done far more damage to far more people in a single generation than any child-loving, family- building, faithful Christian has ever done in the history of the West.

July 1, 2022
More Reflections on Abortion: Agape, Eros and Our Desperate Pursuit of Bodily Pleasure
Next Post 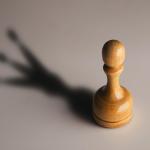 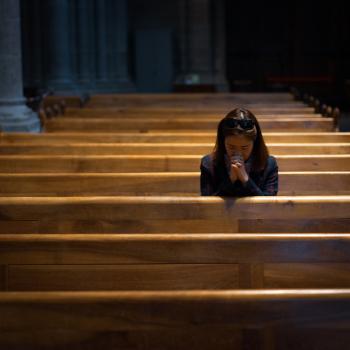 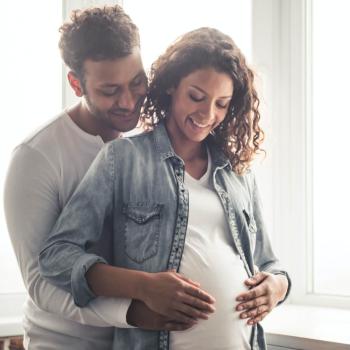 Evangelical
Should Evangelicals Have Children? (Part 3): On Self-Regard
Theological Apologetics

Evangelical
Should Evangelicals Have Children? (Part 2): On Selfishness
Theological Apologetics