Infant Baptism: Is it Biblical?

I’ve never advocated for infant baptism, nor have I let my kids near the dunking tank until I’ve witnessed a confession of faith. I believe in what’s called “believer’s baptism;” that is, a person should be baptized after they’ve made a personal 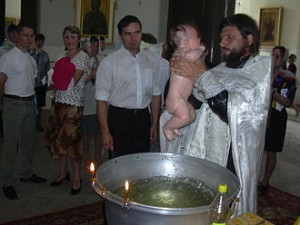 However, over the years I’ve come to see the logic and scriptural support for infant baptism. I still advocate for believer’s baptism but I don’t see this position as a clear, slam dunk, how-can-you-believe-the-Bible-and-baptize-babies issue. It’s much less clear than you may think. Here’s why.

One of the main arguments I’ve heard against infant baptism is that all the baptisms we see in the New Testament are of adults (e.g. Acts 8:36-38; 10:47-48; we’ll get to the household baptisms of Acts later). But this is a poor argument, because all of these adults are converts. That is, they weren’t raised in a Christian home, where their baptism was delayed until their parents saw a confession of faith. They were adult converts to Christianity from Judaism or Roman paganism. Their baptism as an adult convert supports neither side of the debate, since both sides—yes, even those who hold to infant baptism—believe that adult converts should be baptized, as adults, after a confession of faith.

The widespread presence of first generation adult converts getting baptized contributes nothing to the debate. We must look elsewhere.

A solid biblical argument for infant baptism is its parallel to circumcision in the Old Covenant. Just as infants were circumcised as a sign of Old Covenant membership, so infants should be baptized as a sign of New Covenant membership. “But we’re saved by faith!” the Baptist will interject. Yes, of course, but I didn’t say that infants were “saved” by circumcision or baptism. Infants were, at least in the Old Covenant, members of the Covenant by virtue of being born into it. There’s a difference between being part of the Covenant and having a personal response of faith to God. At least, according to the Old Testament.

Back to infant baptism. One of the loudest complaints from baptistic folks like myself is that infant baptism is an affront on salvation by faith. But infant baptists don’t claim that their freshly sprinkled babies are “saved” apart from a confession. They claim, with the grain of the Old Testament, that their baby is part of the New Covenant in the same way that little Ahab or Isaiah would have been part of the Old Covenant (or First Covenant) 8 days after they were born in Jerusalem. Isaiah would go on to be “saved”—a prophet of the Holy One of Israel—while Ahab would become an idolatrous wolf dressed in Israelite clothes.

The New Testament has no such parallel of second generation Christians (e.g. born into an existing Christian family), who were either baptized or not baptized as infants.

And then there’s the whole correlation between Old Testament circumcision and New Testament baptism in Colossians 2:11-12:

In him also you were circumcised with a circumcision made without hands, by putting off the body of the flesh, by the circumcision of Christ, having been buried with him in baptism, in which you were also raised with him through faith in the powerful working of God, who raises the dead.

Okay, so it’s not the clearest association ever seen. But if Paul never wanted folks to relate circumcision to baptism, he could have done better. There appears to be at least a general correlation between Old Covenant circumcision and New Covenant baptism.

My point, though, is not to reveal the true meaning of Colossians 2, but to show that there is some solid biblical support for infant baptism. It’s not as if infant baptists have traded in their Bibles for the traditions of Rome (I’ve actually heard some Protestants say this). It’s an inner-biblical issue. And some of the arguments lobbed against infant baptism are not as strong as they seem.

“So why are you for believer’s baptism?”

Great question! Tune in to the next post to see why.

May 29, 2015 Why I (Still) Believe in Believer's Baptism
Recent Comments
0 | Leave a Comment
"I just want to point out to current readers that EBC is now fully accredited ..."
Shannon Tristal Why I Love Eternity Bible College
"I don't think God killed Jesus; but I am beginning to think someone killed Preston ..."
Caspian Did God Kill Jesus?
"I remember reading a book written in the late 1940s that claimed young people at ..."
ThoughtorTwo . Why Are Millennials Leaving the Church ..."
"First of all, this was from almost a year ago. Second, if Jesus is going ..."
Hilary Jesus Was a Jew: Understanding Jesus ..."
Browse Our Archives
Related posts from Theology in the Raw 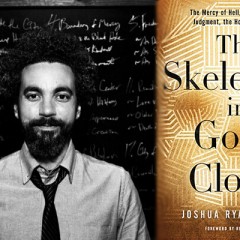 Evangelical
The Hope of Holy War
Theology in the Raw 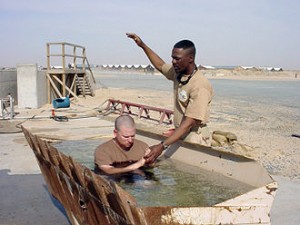 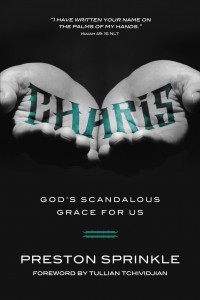 Evangelical
Did God Kill Jesus?
Theology in the Raw
TRENDING AT PATHEOS Evangelical