Guarding Against Gossip at Work

In our day-to-day lives, especially at work, gossip can seem harmless. But gossip is a serious offense that can destroy relationships and damage our witness as followers of Jesus. How does God empower us to turn away from gossip?

How Can You Tell If You’re Gossiping?

Wikipedia defines gossip as “idle talk or rumor, especially about the personal or private affairs of others.” It’s easy to excuse our own gossip. We might claim to be speaking out of concern. Or we might think that if we’re simply speaking the truth about someone, it doesn’t count as gossip. Of course, there are situations where these justifications are valid. How can we tell?

In the book of 3 John, John then offers himself as an example of someone who is not being treated well in his work. A member of the congregation named Diotrephes has been trying to undermine “our authority,” John says, by “spreading false charges against us” (3 John 10). You can almost feel John’s pain as he says—to use the more dra­matic translation of the New International Version—“I will call attention to what he is doing, gossiping maliciously about us” (3 John 10, NIV).

No doubt Diotrephes thinks of himself in the right. What we recognize as false gossip, he may well consider simply warning others so they can protect themselves.

One simple test can help us discern if we’re engaging in gossip: Would we talk about people the same way if they were in the room?—If not, we are likely giving a false impression of those we’re speaking about. John, while he has a complaint about Diotrephes, is not gossiping. He knows that his letter will be read aloud in the church, so his complaint will be in the open for Diotrephes to hear and respond to. John believes that his complaint against Diotrephes is true, yet he recognizes that his opponent deserves an opportunity to explain or defend himself.

How We Talk About Others is a Witness

An important form of witness to Jesus is the way Chris­tians talk with co-workers when we’re not talking about Jesus. Humility and avoiding gossip and judgmentalism when we talk about others are the surest ways to avoid senseless controversies. Christians who consistently encourage, appreciate, respect and demonstrate care by their words are a powerful witness for Jesus, even if their words are seldom directly about him.

So How Do We Resist Gossip?

Those of us who have gossiped about others or been the recipients of gossip know that it’s difficult to walk away from.—Gossip empowers one person (or a group of people) by disempowering another; some even consider gossip to be a form of workplace violence (Vadja). Having information and/or being a source of information increases one’s power and status.  If we give up gossip, we might find ourselves with little to say, or feeling left out.

In addition, research has found that people need to maintain a positive sense of self to function well; when that feels threatened, they tend to judge others more harshly. Expressing negative judgment about others via gossip can take the focus off of our own feelings of fear, vulnerability and inadequacy.

Chapters 3 and 4 in the book of James give us clues about how we can resist participating in gossip. First, in chapter 3, James confirms that  the tongue is difficult to control:

“..but no human being can tame the tongue. It is a restless evil, full of deadly poison.” (James 3:8)

However, he moves on to exhort us to relinquish “selfish ambition”, which can manifest in slan­der, accusation, and judgment (James 4:11), in exchange for godly wisdom.

“Who is wise and understanding among you? Let them show it by their good life, by deeds done in the humility that comes from wisdom. But if you harbor bitter envy and selfish ambition in your hearts, do not boast about it or deny the truth. Such “wisdom” does not come down from heaven but is earthly, unspiritual, demonic. For where you have envy and selfish ambition, there you find disorder and every evil practice.

But the wisdom that comes from heaven is first of all pure; then peace-loving,considerate, submissive, full of mercy and good fruit, impartial and sincere. Peacemakers who sow in peace reap a harvest of righteousness.” (James 3:13-18)

What empowers us to embrace wisdom, instead of seeking our own means to power? James explains in the next chapter:

We can stop gossiping because we can trust in God’s provision for us in our vulnerabilities. We can rely on his truth and his Spirit to supply our sense of status and self-worth, to lift us up. Humility and dependence on God empower us to be submissive, considerate, merciful and sincere—to look out for others, not just for ourselves—in our interactions.

Have you seen gossip at work destroy relationships? How can you be a peacemaker in those situations? Are you tempted to gossip about others? If so, can you bring the source of your temptation to God?

This article contains excerpts from the Theology of Work Bible Commentary, available for free in its entirety online. 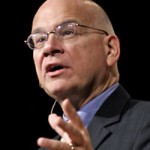 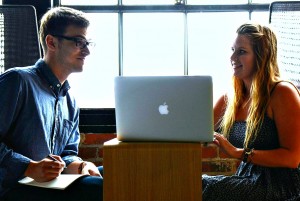