Identity Is Not Your Friend

Most everyone is up-in-arms about identity politics these days. In the U.S., the political Left treats it like it is the only game in town, and the Right decries it while going whole-hog in their very own way.

In other countries, nationalists – ranging from the decidedly unpleasant to the spectacularly dangerous – are arising and setting their sights on democracy and diversity. And far too many people are cheering from the sidelines.

It seems like these practices are seeping into every community, and Paganism is no exception. There is little we can do to insulate our groups from this kind of behavior while taking advantage of new technologies to connect.

Without a deep understanding of what identity is, where it comes from, and what it means, these struggles become no more than a we-said they-said tribal tussle. It becomes a race to the bottom, as each side tries to outdo their sworn enemies in removing the humanity of the “other.”

The More Things Change, the More They Stay the Same

Instead of endemic warfare, we mostly engage in low intensity conflict. In other words, while there are the occasional demonstrations of physical force in the political arena, most of the battle back and forth is political, economic, and verbal. We weaponize social power, from ideologies to group-think, to affect and ruin others’ lives.

Even those of us who try to rise above the fray can do little more than cry out platitudes and hope to be heard. The arc of dialogue has been co-opted by the power of new technologies. We’ve given a megaphone to mob rule, petty spite, and disregard for others.

If all that is true, what can we do? The first thing we can do is understand the problem in a broader context. Without that, it is too easy to get dragged into the battle-of-the-day.

How do we build perspective? I believe the first thing we need to understand is that we do not face a “problem” here, per se. Technological change (mostly for the better) has outstripped our ability to adjust.

Humans have new ways to communicate, new ways to make a living, and new medicines to extend life. New fields of knowledge dominate our lives. However, human culture does not have new social norms to govern new behaviors. In fact, we do not even really know where all this change is going (and the rate of change is doing nothing but increase).

We are, in essence, primates with Priuses. While we have access to amazing technologies, our reactions and perceptions are dominated by the same social skills and biological programming that we used for the previous 2.5 million years.

But it’s not all bad news. Incredible wealth is being generated. Nearly a million people are lifted out of poverty every week. At the same time, much of the world’s wealth becomes more and more concentrated. Which is why we need to distinguish the types of conflict in which we engage.

If we are honest, much of the struggle we face is not over our basic survival needs, but over how that new wealth is going to be distributed. Plentiful resources did not make human-on-human conflict go away.

There are three big fights that take place in every primate’s life. The first is the struggle against the real world for survival. The second is the fight against other groups for resources. The third is the competition for status within one’s own group.

To give these types of conflict labels, we could say that they take place at the levels of the real, the political, and the social. Identity governs interactions at the social and political levels, both of which were traditionally used to assist with conflict at the level of the real. We can only understand identity politics in this context.

Identity is not just some superficial part of ourselves. These days, identity is the measure of social power.

Half the time, we imagine that identity is about our relationships with others. Where we were born and to whom? What are our group memberships? Do we fit into “mainstream” society? Can we “pass”? Are we willing to? Beyond that, what products can we afford and do we choose to display? These all make up ways of understanding our identity.

But the other half of the time, we feel like identity arises inside of us. Identity is not just something we tell other people. It is also something that we feel we are. It’s us (or so we think).

Our identities are not simply masks that we put on to deal with the outside world. They are, at the same time, tied to the core of who we are. They are not our deepest self, but on a good day they are the closest approximation we can manage.

On an external level, identity is how we explain ourselves to the world at large. It is the means by which we regulate social relationships, and often economic and familial relationships as well. Identity is serous business: it is how we get our needs met.

Much of the tribalism we are seeing today, in America, is about two sides trying to exclude each other from access to power and resources. In the day-to-day scrum of the culture war, it does not matter who is wrong or right. “Well, they said this” and “everyone knows” and on and on. We resolve nothing.

The solution is not only beyond people, but of no interest to them, because solving this problem means developing a deeper understanding of the self. And if there is one thing that people spooked by, it is honest self-reflection.

In the end, the complexity of our identities is a mask over the simplicity of who and what we really are. An individual, alone in the woods, is not complex. It is when we start to look at a person in relationships, economic activity, and social activity that the complexity arises.

We imagine that we are internally complex, but that complexity is unnecessary. For most of us, our identity looks like a disorganized closet stuffed with ideas, experiences, and self-protecting beliefs. In essence, it is jammed full with likes and dislikes.

In order to get past the disorganized mess of who we think we are and toward the deeper levels of who (and what) we really are, we need to engage in self-cultivation practices. Most religions contain such practices, and Paganism is no exception. (2)

Self-cultivation is no more than cleaning the existential closet of our minds. In order to do that, first we have to learn that there is more to the world than the closet itself.

It is only by reaching deeper levels of ourselves that we can develop a bit of understanding of our commonalities with other people. It is only by accessing other routes to power that we can abandon obsessively wrestling the people around us for status (and resources).

But our identities, unexamined and unrefined, are inefficient means to function in the world. We waste all of our power building and maintaining who we think we need to be. If we want to stop being consumed by every little thing, we must fix our own sense of self, not all the little things that bother us.

(1) Apparently, the plural of Prius is “Prii.” I find it surprising that this is somehow officially true.

(2) If you are looking for a way to begin self-cultivation, I recommend starting a daily magical or spiritual practice. There is no need to go find something new. Strict application of yourself to what you already know is probably a more efficient first step. Daily prayer, meditation, and ritual will all get you started on the path. And it’s better to take any first step than remain, hesitant, where you are. 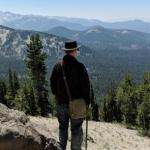 August 11, 2018
Abandon the Known, Pursue the Real
Next Post 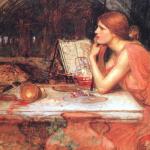 September 2, 2018 The Soul of the Magician
Recent Comments
1 Comment | Leave a Comment
Browse Our Archives
Related posts from The Other Side of the Hedge