Secrets and the occult go hand-in-hand. Opaque symbols, hidden loyalties, and secret handshakes that open invisible doors are de rigeur in our collective imagining of those who explore the fathomless depths of reality.

And there is some truth to these images. Many occultists indeed hide aspects of their work. Some people just do not want to scare the neighbors, while others understand that certain alchemical processes will not work if we keep releasing the internal pressure. Simple answers are sometimes best, and we cannot deny that some people just like being in the know.

I have studied the occult for more than three decades. Despite that, I have always been on the outside of this particular circle, looking in. To me, the advantage of having a clear, shared path was never worth the threat to my own autonomy.(1)

So, maybe I’m just late to the table, but in the last five years I have started having more respect for the whole “this is a secret teaching” thing. There are times and places to be circumspect.

The value of silence, of the secret, has become even more clear to me over the last two years, as the open political activism of the occult community has grown both in participation and transparency. This behavior shows a lack of understanding of magic in particular and power in general.

There are often good reasons to keep things quiet. While some of them are spiritual, others are tactical, and some are simply practical in nature.

On the Outside, Looking In

I have long been a proponent of open-source magic. For many years, to be perfectly honest, I resented that the occult had an “in” group (and I was not in it).

For the most part I was not the kind of person in whom occultists would show much interest. But on the other hand, I was never much of a joiner, and simply did not seek out such opportunities.

The idea of holding occult secrets is an appealing one, but I resisted. In my heart of hearts, I always suspected that maybe there was not all that much to hide, anyway. And now I have come to find that that is both true and not-true at the same time.

Why Secrets Do Not Matter

We do not need secret teachings in order to become true practitioners. Two basic truths of the occult, taken together, free us from swearing oaths just to get in the door.

Firstly, someone else probably no more gifted than you or I discovered every secret teaching. And just like us, they started from scratch.

Secondly, with even the basics of self-cultivation, we can move forward. It sounds hokey, but as practitioners we are seeking something that is just as internal as it is external. The only person standing between us and who we will become is ourselves.

Performing magic, in and of itself, requires practice. Like training in the martial arts, spiritual cultivation can be an important part of personal development. The training itself makes us stronger, more capable people. It gives us a confidence that shows.

But, just as with the martial arts, there is a whole other level beyond self-cultivation. Learning how to use magic effectively, understanding what it can and cannot do and when it can best be used, is a separate exercise.

Strength, flexibility, and resilience of the spirit are a matter of health, and I believe cultivation should be open to all. But when it comes to how to use magic, I feel more cagey. Personal development is one thing. But contrary to popular belief, magic by itself hardly makes someone powerful.

Practical magic is more than casting spells. It means integrating our practices into our lives, and only experience teaches that effectively.

The Magic School of Hard Knocks

Before I found a teacher, my magical training was a matter of reading things in books and trying them with my friends. Without guidance, many of us got hurt. Like many 90s practitioners, we came up in the school of hard knocks, spiritually speaking.

We came for many reasons. Few of us had any sense of…well, let’s just say that few of us had much sense at all.

Raised in a world where magic was simply considered unreal, we learned to pierce the veil by trial and (t)error.  Certain that there had to be more, we were not prepared for what we found.

We started at Shakespeare’s “There are more things in heaven and earth, Horatio, than are dreamt of in your philosophy.” We ended up at Nietzsche’s “And if you gaze long into an abyss, the abyss also gazes into you.”

The things I learned in those first years were incoherent and based at least half on fantasy. The two useful skills that I developed were learning to maintain sustained daily practice and a practical view of results. My successes came from lucky flailing, but I built enough of a foundation that I could eventually be guided to a competent teacher.(2)

The man who I consider my first “real” spiritual teacher showed me to meditate and to heal the spirit. Though I doubt he would describe himself as a magician, he taught me the basics of inner alchemy. With his lessons, I built a stable and sane base for my life.

The pursuit of truths for which I was not prepared had torn me to pieces. My teacher led me through the process of re-building my spirit, and he taught me how to do the same for others.

He never said a word said about what could be shared and what could not. When it came to training, he was all practice and practicality. We had no levels of initiation, no formal training processes, and no ritual implements or postures.

We paid per class, cash on the barrel head, and people came and went. Everything proceeded organically. There were no secret techniques. It was, “Okay, everyone. Sit in a circle. Breathe. Now, like this…”

Neither This Nor That

It is entirely possible to become a competent practitioner without taking any oaths. And yet I believe that some things should be shared only carefully.

Two separate realizations have brought me around. The first is that nothing that can be truly hidden, anyway. Everything someone found once,  we can find again.

The second is that people have a hard time being honest with themselves about where they are. Some things we keep secret so that people will not look at us funny. But there are other things that the “uninitiated” could well use to blow holes in their minds or their lives. We should probably keep those secret, too.

We live in a culture that only vaguely admits to the existence of the spirit. The idea that we might cultivate it, and that it might be a useful and powerful path of growth, is pretty far from everyday life.

When it comes to magical practice, normal people have had no opportunity to develop common sense. It needs to be cultivated over time, and preferably in somewhat safe environments.

First, Do No Harm

Every responsible teacher needs to decide how to prevent their teachings from creating major disasters. For practitioners, it is worse. Our students often start with the simple hope that the world of the spirit is real. But that does not mean they have any sense of proportion or perspective.

This is not unique to magic. Just as an example from the everyday world, surgical students do not play with scalpels on the first day, and all doctors swear to primum non nocere. More, they are held to it by their peers and the community.

Our role, as teachers, is to guide students. Trusting in the good intentions of one’s students is naive, even irresponsible. Teaching often means being the adult in the room, and deciding (for better or worse) who is ready for what, and when.

And “students” does not only mean those in formal relationships. Those are often the easiest to manage. It also means everyone else we touch with our work.

In the end, the study of the occult is about power.(3) The question that always arises is “what kind of power?” For myself, it has mostly been a matter of increased autonomy — power within, not power over others. But, in the words of Zoe from Firefly, “‘Course, there’s other schools of thought.”

In a world of social-media oversharing, we can find it difficult to take the attitude of only saying things for a purpose. But in the world of the occult, discretion is a virtue worth cultivating, and intentionality is a long-standing tradition.

(1) As it turns out, those who enter the Path of Transformation through the Gate of the Shaman do not get a lot of choice in the matter. This may have influenced my desire for freedom over anything else.

(2) Back in the day, when I was about 24, I was guided to move to a new town. I moved there thinking that I was going to go to massage school. Within three months, through a series of coincidences, I found my teacher’s classes.

(3) The study of anything is about gaining power. Whether we study finance, law, or medicine, we are seeking to understand something about the world so that we can exert ourselves over it. This is the underlying assumption of the old saw, “knowledge is power.” 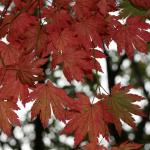 October 20, 2018
The Wheel of the Year in a Single Breath
Next Post

November 10, 2018 Eight Hundred Days
Recent Comments
1 Comment | Leave a Comment
"That world is real, but never forget that it requires constant vigilance. Those redwoods were ..."
Falkenna Animism among the Redwoods
"Love spells, divination, reincarnation At reasonable feeContact Spellmh.weebly.com For more details"
Lily Dean A Deep Dive on Divination
"Bosh.As Morning Glory Zell once said to me, "If you can't do it with a ..."
Mark Green Making and Using Magical Tools
"Hi Melissa,Thank you for reading. Other aspects of my life have been demanding my attention ..."
Christopher One Thousand Days
Browse Our Archives
Related posts from The Other Side of the Hedge