Perhaps because we are so often busy trying to revive the mystery of the world, the stories that Pagans tell are often heroic ones. We rarely talk about the day-to-day of the magical world. That is, we are being didactic; we are trying to make a point that magic is real and meaningful.

But there is also a place for the kinds of stories that show our real lives, not in impressive ways, but a relatable ones.  Below are three very different stories from my time walking in both worlds.

Sometimes I am the jerk. Sometimes, the fool. And every once in a while, I get to play the hero.

Learning the Power of Silence

Back in my early- to mid-twenties, when I was self-trained and nothing else, I talked way too much about spiritual stuff. I was obsessed, making me way un-normal.

From a series of world-shaking experiences in my late teens and early twenties, I already knew that a lot of the spiritual stuff was real. But I did not have the first clue about the scope of anything. It was impossible for me to distinguish what was real from what was not. That takes experience.

At that point, I had taken only baby steps into the world of spiritual exploration. However, it was further than anyone else I knew back then. All I had was other people’s stories.

Money was tight, but I had read most everything I could afford. A little core shamanism. A little Wicca. A lot of Castaneda. I had a little book-learning and had been introduced to at least one hidden text (long story) that had reshaped my whole life. In other words, I was the perfect newbie but living in a world where that seemed a major accomplishment.

A friend came to me because her friend’s house was being haunted. I had never seen a haunting before, but we were all poor as dirt and there was no question of hiring a professional. I was it.

Because, who else are you going to call in a central Pennsylvania city? Weird stuff? Get the weird guy.

There was a cleansing ritual or two I knew, and I had really good psychic awareness back then. What could possibly go wrong?

Anyway, I went over to the house at like eleven o’clock one night. The city, though small, was not particularly safe.

I remember I was carrying a crowbar in my backpack. It was “just in case,” and almost certainly useless, but it made me feel more confident. But my main method of avoiding problems was to entreat the spirits of the city, so that they would guide and protect me. (If you can learn and train this, it really is a useful trick. I have traveled the world with that one.)

So I walk in, and the two roommates show me around. They explain that they have seen a shadowy male figure, dressed from the nineteenth century. From their stories, it did not seem to actually do anything other than exist.

I did some warm-up exercises to get my own spirit moving, and took a look at the situation. It quickly turned out that the problem was not a ghost.

The problem was that one of the roommates was quite in love with the other, and the other one did not feel the same way. This kind of tension kicks up all sorts of sparks, and attracts all kinds of things. This was clear as day, and I related it all to them.

I learned two things from the experience. Ghosts are usually not the problem, only a symptom. And people do not want to be told that they, are in fact, the problem. I made no friends that day.

What was I supposed to do, lie?

How’s That Working Out for You, Being Clever?

So, the second of the stories is a quick one from a mentor of mine in my twenties. Way back before I knew him, he was on the psychic fair circuit, and at least one of his jobs involved selling crystals.

I asked him, “did you ‘charge’ the crystals up so that people would buy them?” I thought I was clever!

“No,” he replied. “I charged one of the crystals so it looked special compared to the ones around it. When that sold, I charged another.”

My mind was blown. I mean, it makes sense, right?

Sometimes, It’s Not about You

The third of these stories takes place in the early oughts, when I was in graduate school in the farmland outside Chicago. Like many graduate students, I worked menial jobs for cash.

For a while, I delivered pizzas for a local pizza place. The pay was cash per delivery, and we got to keep whatever tips we could gather.

It was a great college gig, and not bad for a graduate student, either. There were usually four or five of us per shift at the pizza place, at least when we were busy like on a Friday night in a college town.

One of the drivers for a while was this kid Luke, blond and probably not yet twenty. He was from the next village and did not, at his tender age, know too much about the world. Though a student at a local community college, he was not particularly studious or deep. We were not close; he was just a nice, friendly guy.

One homecoming weekend, we were all working our shifts, and Luke was there. Quite suddenly, about 6:30 PM, I felt rather like crap.

It wasn’t the flu, just a sudden “ugh.” It was a most overwhelming sensation of raw exhaustion, so I told my boss I needed the rest of the night off and headed right home.

Stepping in the door of my crappy ground-floor apartment just a few minutes later, I was too damn exhausted to make it any farther than the overstuffed chair by the entrance. I just sat, unable to move, still wearing my work clothes: jeans, Doc Marten’s and my t-shirt from the pizza place.

I had only been there a couple of minutes when I heard voices arguing in the hallway. Wait, I knew that voice…it was Luke.

Exhaustion suddenly gone, I pulled open the door to see two guys in their late twenties, looking like muggers straight from central casting. They wore leather jackets and cropped hair, with the unhealthy pallor of people suffering addiction or possession.

And there was Luke, cornered by the two men. The two of them were poking at him, working their way up to robbery, violence, or both. I stepped into the hallway right behind them. “I work with him.”

And then just at that perfect moment, my adventuring-in-foreign-lands buddy (who had ordered the pizza in the first place), heard the commotion and stared coming down the stairs, pointing to me and saying, “that’s my best friend.”

Those poor muggers. It had suddenly gone from two-on-one to three-on-two and, like most scavengers, they moved on in a hurry.

Did we give chase? Call the cops? No, that’s TV, not real life. I got to be a hero at work for a few days through my “lucky” intervention, and I knew darn well that luck had nothing to do with it.

It Depends what Your Definition of “Is” Is

We can say that magic is real (for some definitions of “magic” and “real”). But if the world of the spirit exists, any experience at all in that world teaches us that we know very little about the depth and breadth of the universe.

However, the world of magic does not rescue us from the everyday. It does not save us from lousy jobs, prevent us from needing healthcare, or guarantee us any significance in the world.

In my experience, for whatever it is worth, we are not simply spiritual beings having a human experience, or humans who have the occasional spiritual flash. It is not one or the other, but both at the same time. 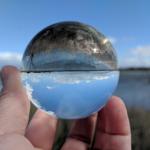 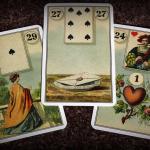 January 12, 2019 A Deep Dive on Divination
Recent Comments
4 Comments | Leave a Comment
Browse Our Archives
Related posts from The Other Side of the Hedge