What Is the Emerald Tablet?

“As below so above, and as above so below. This is the miracle of all things being One.” Translated in this way, the first line of the Emerald Tablet of Hermes Trismegistus contains one of the keys to the path of transformation.

The Emerald Tablet is not a piece of rock. It is a text, somewhere over a dozen lines in length, written as a poem or perhaps incantation. The tablet’s mythological origin states that these words were first found carved into a piece of emerald or other green stone, discovered in the hands of an ancient king in his hidden tomb.

More than its supposed origins, what makes the Emerald Tablet important is its influence. It has long been a central text of Western alchemy.

Here in the West, we tend to think of alchemy as either being about either transmuting lead to gold, becoming immortal, or both. But for alchemists these are simple ways of pointing toward complex and powerful truths about the nature of the universe.

Such metaphors are hardly unique to alchemy, and have a long history of being taken literally. Mystical truths can only be explained in language that seems to indicate the impossible.

Back in 2014, I developed a project around the Emerald Tablet of Hermes Trismegistus. There are a number of translations available, and I had found myself increasingly frustrated with them. Still, since there is no “original” version, I did not think that a new translation would solve anything. Instead, I synthesized all of the available Latin and English translations into a single version.

As anyone who has been reading The Other Side of the Hedge for a while might know, I am not a Neoplatonist. While Neoplatonism works, I have come to the conclusion that it is not the deepest understanding of the world possible.

The premise of my project was that the “original” Emerald Tablet might not be part of the Western traditional at all.(1) I abandoned the assumptions of Western culture as we have it today, and dug deep for meanings that held together with a more Central-Asian, Silk-Road, non-Neoplatonist flavor.

I make no claims that the version I developed is somehow more “authentic” than any other version. If Isaac Newton’s translation (my least favorite) floats your boat, by all means, take whatever meaning you can from it. But mine works for me.

Once I had the translation, it became my daily practice(2). My daily recitations that went on for nearly a year and a half. Then, when I became ill, I paused in my work and did not continue until I had recovered sufficiently.

As Below, So Above

Hang out long enough in magical and occult circles, and you will eventually hear the phrase “as above, so below” bandied about. It is an aphorism so common that, like “namaste,” “mitakuye oyasin,” and “God is Love,” these words have lost their original depth, meaning, and context.

It is pretty common for people to quote the second phrase of the line, “as above, so below.” Yet, the implications of this phrase when are lost when it is taken out of context.

Alone, “as above, so below” seems to imply that everything is the divine will of the One (or, in Judeo-Christian parlance, God). It reflects the same intention as the Pater Noster‘s plea, “Thy will be done on earth as it is in heaven.”

But in its original form, the first line does not imply this “Heaven first” causality. The incantation instead indicates that heaven and earth are closer and more interconnected than we think. Instead of implying causality, it shows reciprocity between the two states.

The term “alchemy” comes from the Arabic Al-kimiya, though the etymology of that word, itself, might be up in the air. This same word is also the root of our modern (and historically related) science of chemistry.

The Emerald Tablet is one of the fundamental alchemical texts in the West. Although we can only confirm it from a later date, it at least seems to belong among the Hermetic texts of Late Antiquity.

The earliest recorded version of the Emerald Tablet dates to somewhere between the sixth and eighth centuries CE. Written in Arabic, there is some indication it is a translation (or possibly a pseudo-translation) from Greek. There are no known Latin translations before the 12th century.

The Magic of Alchemy

The relationship between alchemy and magic is complex. If we think of magic as practices for transforming our worlds, alchemy is the study of how those transformations happen.

An alchemist who does not practice magic is only repeating old texts out of context. But that does not mean that every practitioner is an alchemist.

Contrary to its reputation, magic is often pragmatic in nature. We can hardly consider the nature of existence when we worry constantly about the next meal. It is only when we can reliably meet our basic needs that we can even start thinking bigger.

Although magic can be used for getting what you want, that is not the long game. Though it may not be apparent at first, the reason we study such things at all is so we can transcend them.

For most of us, on most days, life does not seem to make sense. People walk through their lives in states of either confusion or delusion.

We have never learned how to see, know, or live. The pursuit of the Great Work, the awakening of the deepest self, is my path forward. If we understand how things really are, then we can shed fear and look at the world with clear eyes.

People commonly talk about the vicious cycles we get caught in. But here we can see the opposite. To achieve clarity, we must abandon fear. And with clarity of vision, we see that there is even less to fear. Many of the things we fear will never come to pass; the rest are inevitable. Neither, then, are anything to worry about.

The path to the Philosopher’s Stone can be found in the Emerald Tablet. But just as the truths we seek are ineffable, the signs we must follow seem incomprehensible. It is easy to believe but difficult to know.

We are not divided from the sky, nor distant from the earth. Neither what is below, nor what is above.

We are not the dross of the universe, supplicants to an almighty God. Nor are we gods ourselves, lords and ladies of creation somehow above it all.

We are all of those things and nothing. But that comes later.

(1) I am not the first person to work with this hypothesis. James Needham has his own translation, proposing a Chinese origin, in Science and Civilisation in China, Volume 5: Chemistry and Chemical Technology, Part 4, Spagyrical Discovery and Invention: Apparatus, Theories and Gifts. While I find his argument somewhat convincing, and have found Daoist parallels for many of the concepts in the Emerald Tablet, I do not find his actual translation be particularly complete.

(2) The pursuit of the Emerald Tablet was my third foray into daily practice. The first was in my twenties and involved martial arts and some other practices. The second was work with Donald Michael Kraig’s Modern Magick, which only lasted maybe four months. The fourth stint has been since July 2016. You can read about it here. 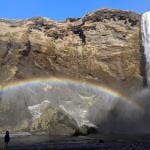 February 2, 2019
Animism and the Power of Waterfalls
Next Post 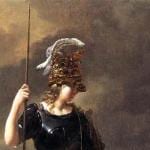 February 24, 2019 Power and Magical Ethics
Recent Comments
2 Comments | Leave a Comment
Browse Our Archives
Related posts from The Other Side of the Hedge