Welcoming all as if they were Christ (Oratory of the Heart)

The Oratory of the Heart: How Benedictine Spirituality Shapes My Walk with Christ
Part Five: Welcoming All as Christ

So far in this series, I have discussed the broad topics of Prayer and Lectio Divina, the Benedictine Vows of Stablity, Obedience, and Conversion of Life, and my own failed attempts at climbing “The Ladder of Humility.” In this post, I want to focus on Hospitality, which I believe is the fruit of the Benedictine Way, and I want to do so by telling a personal story.

I took my first retreat at Mount Angel Abbey in November, 2007. It rained heavily that whole weekend. I brought my raincoat, but not an umbrella: I haven’t owned an umbrella since my last one was destroyed in a particularly severe Oregon winter. Most of the time here it drizzles, and a raincoat with a hood is enough to keep dry. But this weekend the rain was pouring by the bucketful on the hilltop as an unusually strong storm plowed north through the Willamette Valley. I knew that even in a raincoat I would get drenched during the short walks across the courtyard to the Abbey Church or the library.

Why do I bring up the weather that weekend? Because of something I noticed at the door of the Retreat House that Saturday morning: a tall brass cylinder filled with several matching green “Mount Angel Abbey” umbrellas. These same umbrellas were available for purchase at the bookstore adjacent to the Retreat House lobby, but the bookstore wasn’t open yet, and these umbrellas weren’t for sale. I wasn’t sure who’d left them there or why. I shrugged my shoulders and walked briskly across the courtyard trying to minimize my soaking.

As I entered the Abbey Church, I saw another cylinder just like it. As I stared at it, wondering where all these umbrellas came from, and why—today of all days—they were in an umbrella stand instead of in use, another guest entered and placed a matching umbrella in the stand. That’s when the light dawned: those umbrellas belonged to the monks and they were left there for people to borrow.

Matching stands were set at each door—at the Retreat House, the Church, the Library, and the Residence Hall—each holding a handful of umbrellas, and for the rest of that rainy weekend everyone—myself included—got good use out of them. Pick one up on your way out the door, use it for the walk across the courtyard, and then leave it for the next person when you arrive. It was so simple and yet that simple gesture was a perfect witness to Benedictine hospitality in action.

“All guests are to be received as Christ.” It is one of the most famous quotes from the rule. It graces the wall of the Retreat House Lobby at Mount Angel Abbey, and it is lived out on the hilltop in so many ways. The umbrellas were my first experience, and I’ve had many others since: simple gestures by the monks and by the staff that show how deep this principle runs.

I’d read a great deal about Benedictine Spirituality before my first retreat to Mount Angel, and it interested me greatly, but I could only learn so much by reading. Experiencing the fruits of the Rule first hand in the generous hospitality of the monks convinced me that Benedict’s simple guide is firmly rooted in the Gospels. It is in fact a profound witness to them.

And it ties together my growing Catholic faith with the fruits of said faith. I believe that I encounter Christ most fully in the Eucharist in a way beyond human understanding. But I also believe that I encounter Christ in the stranger in a way equally beyond human understanding. If it would be unthinkable for me to disrespect the Christ in the Sacrament shouldn’t it be equally unthinkable for me to disrespect Christ in the stranger?

Hospitality is only discussed in one brief chapter (Ch 53) and yet while Benedict is so moderate and generous in almost every other aspect of his Rule, he is as firm and harsh as stone on this one point: “Any guest . . . should be received just as we would receive Christ himself.” No compromise, no excuses. This very person, at this very moment, is Christ.

This is the most valuable lesson I learned from the Rule. It is the same lesson that Jesus teaches his disciples when he describes the Last Day: we are judged by how we treat our fellow human beings. All of us are created in the image of God and all of us bear the image of God with that image seen most clearly in the least among us.

“I was a stranger and you welcomed me.” The words I know the Son of Man will say to the monks, and I hope and pray he will say to me as well.

I am excited to have another post here by David Ozab. He is a writer and a convert to Roman Catholicism. While I do not share his denominational convictions, certainly it is beneficial to hear from others outside of our own sphere of experience.  I’ve enjoyed his ongoing series, “The Oratory of the Heart: How Benedictine Spirituality Shapes My Walk with Christ.”

October 21, 2012
Former terrorist becomes a Christian and then becomes a fraud?
Next Post 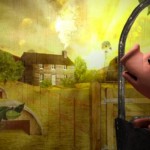 October 25, 2012 A Pig's Tail: A wonderful short animated film about a piglet in a factory farm
Recent Comments
0 | Leave a Comment
"i have broken one the biggest unwritten rules of American Evangelicalism by actually finding democrats ..."
Wesley 8 Signs That You Might Be ..."
"In Luke 21:36 Jesus said: "So keep watch at all times, and pray that you ..."
Tamara Bogner Why the Rapture isn’t Biblical… And ..."
"WRONG! Jesus was clearly speaking about the last days and latter times in which His ..."
Lethal Hazard Why "No One Knows the Day ..."
"The motivational speaker is homest because at least they know people have to so the ..."
Critically Think What’s the Difference Between Preaching and ..."
Browse Our Archives
Related posts from The Pangea Blog 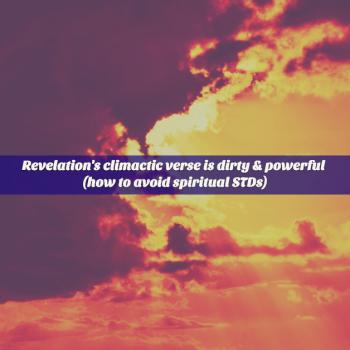