Early Church Evidence For the Eucharist

Early Church Evidence For the Eucharist May 18, 2020 William Hemsworth

How Early In The Church?

Did the early church believe that the Eucharist is the body and blood of Christ? To answer this question the writings of the following four early church fathers will be discussed: St. Ignatius of Antioch who lived from approximately 35-108 A.D., St. Justin Martyr who lived from 100-165 A.D., St. Irenaeus who lived from 130-202 A.D., and St. Augustine who lived from 354-430 A.D. There are many more who write about the subject, but this is a small sampling. 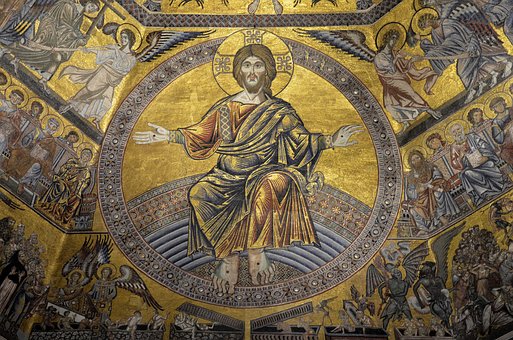 St. Ignatius of Antioch is an individual who has several distinctions in Church history. He learned the faith directly from St. John, but he also was the second bishop of Antioch after St. Peter (Johnson 46). While he was being led to Rome for his eventual martyrdom he wrote seven letters to a series of Christian communities. At the time he wrote these letters there was a dangerous heresy known as Docetism that was gaining steam. This dangerous error taught that Jesus was not really a human, and what people saw only seemed to be human. In many ways it was similar to Gnosticism in it view of who Jesus was.

In his letter to the Philadelphians, St. Ignatius writes about the importance of unity. He writes about union with the Bishop, avoiding schism, and how there is only one Eucharist. Regarding the Eucharist St. Ignatius writes, “Take ye heed, then, to have but one Eucharist. For there is one flesh of our Lord Jesus Christ, and one cup to [show forth] the unity of His blood; one altar; as there is one bishop, along with the presbytery and deacons” (Ignatius of Antioch 81). Here we see a bold claim, at least in today’s world, that there is one true Christian church and that the Eucharist is at the center of its sacramental life (CCC 1407).

Another church father that taught that the Eucharist is the real body and blood of Christ is St. Justin Martyr. A philosopher by trade, St. Justin was one of the first of the layman apologists. In his First Apology, St. Justin writes to the emperor to defend Christianity from misconceptions that were spreading in the Roman empire (Kreider 233). In this apology he lays out the order of mass in striking detail and addresses the charge of cannibalism that was often levied against Christians. He states that no one can receive the Eucharist unless they believe what the church teaches and only after baptism.

Regarding the Eucharist St. Justin states, “For not as common bread and common drink do we receive these; but in like manner as Jesus Christ our Saviour, having been made flesh by the Word of God, had both flesh and blood for our salvation, so likewise have we been taught that the food which is blessed by the prayer of His word, and from which our blood and flesh by transmutation are nourished, is the flesh and blood of that Jesus who was made flesh” (Justin Martyr 185). The charge of cannibalism was serious offense on the Roman Empire, and Justin clarifies that the Eucharist is to eliminate doubt. However, he still says that it is the flesh and blood of Jesus.

The Gnostic Heresy was a big problem and became quite popular in the early church.  St. Irenaeus of Lyons was concerned for the souls which he was responsible for. He wrote an excellent treatise titled Against Heresies in which he took the teaching of Gnosticism to task. The Gnostics taught that all matter was evil and that the true teaching of Christ was passed down in secret, and salvation can only be attained by attaining this secret knowledge. To combat this heresy, he said that all true churches have a rule of faith that has been passed down via apostolic succession. Essentially, he stated that all bishops can trace their lineage to the Apostles. This is still the teaching of the Catholic church today.

According to St. Irenaeus the sacrament allowed the Lord to shine through the follies of human weakness and strengthen us on the road to heaven, or immortality as he called it. He argues that Jesus was real person with flesh and bones, and he gave his flesh to nourish the body and soul of his followers. Regarding this, St. Irenaeus writes, “He does not speak these words of some spiritual and invisible man, for a spirit has not bones nor flesh; but [he refers to] that dispensation [by which the Lord became] an actual man, consisting of flesh, and nerves, and bones,—that [flesh] which is nourished by the cup which is His blood, and receives increase from the bread which is His body” (Irenaeus 528).

In one of his sermons he was instructing a group that had just received the sacrament of baptism. Augustine had promised to explain the nature of the Eucharist after they had been washed from the stain of original sin and received the seal of the Holy Spirit in confirmation. Regarding the Eucharist St. Augustine states in sermon 227. “The bread you see on the altar, having been sanctified by the word of God, is the body of Christ. The chalice, or rather, what is in the chalice, having been sanctified by the word of God, is the blood of Christ” (Akin 297). Augustine goes on to say that our eyes see ordinary bread and wine, but when they are consecrated our faith obligates us to believe that they are the true body and blood of Christ.

St. Augustine wrote much more about the Eucharist, but from the quotation above we can deduce two things. Firstly, he strongly believed that the Eucharist was the literal body and blood of Christ and it is something that must be believed. Secondly, that the ordinary elements are transformed when God sanctifies them. God uses ordinary elements, infuses his grace, and takes material things that cause us to sin and transforms them to become a cause for our sanctification.

Hitchcock, James. History of the Catholic Church: From the Apostolic Age to the Third Millennium. San Francisco: Ignatius Press, 2012. Print. 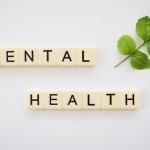 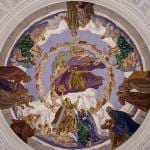 May 23, 2020 Voices of Hope: 15 Quotes From Saints To Inspire
Recent Comments
0 | Leave a Comment
Browse Our Archives
get the latest from
Catholic
Sign up for our newsletter
POPULAR AT PATHEOS Catholic
1