Descriptions of the Saint Bartholomew’s Day Massacre, 1572, are gut-wrenching to read even now. The mob violence spread out from Paris and through the French provinces over a period of more than two months. It’s hard to know how many died; historians today say that 20,000 to 30,000 is a probable figure, with 2,000 to 3,000 dead in Paris alone.

The slaughter began in Paris on Sunday, August 24, the feast day of Bartholomew the Apostle.  Within a few hours there were so many bodies floating in the Seine that the river turned red. The people of Paris would not eat fish caught in the Seine for a long time.

The victims were Huguenots, a denomination of French Protestants. The perpetrators were Catholics. The Saint Bartholomew’s Day Massacre exemplifies brutal sectarian religious violence to this day. But there also was enough familial and political intrigue behind the violence to rival Game of Thrones.

Who Were the Huguenots?

Sixteenth century Europe was marked by the Protestant Reformation, which began in 1517 with the publication of Martin Luther’s “Ninety-Five Theses.”  The original Huguenots were Protestant French followers of John Calvin (1509-1564). The precise origin of the name “Huguenot” has been lost. It’s estimated that in 1562, there were two million Huguenots in France, with more than 2,000 churches.

Violence against the Huguenots was not new. There had been another massacre ten years earlier, in March 1562, carried out in Vassy (also spelled Wassy) by troops of of Francis, Duke of Guise. This touched off a war, and during this war Francis, Duke of Guise, was killed by a Huguenot. The powerful Guise family believed the killing to be an assassination ordered by a Huguenot commander, Gaspard II de Coligny.

After several battles the war was resolved in March 1563 by the Peace of Ambrose that guaranteed the Huguenots a limited amount of religious freedom. Even so, there were episodes of regional sectarian violence over the next few years. War broke out again in 1567 and again in 1569.

A Young King; a Fragile Peace

King Charles IX of France was a few weeks short of his 12th birthday when the Peace of Ambrose was formalized. The edict was signed by his mother, Catherine de’ Medici, acting as regent.

Ten years and two more wars later, the young king appeared determined to keep the fragile peace. In a demonstration of unity he ordered his Catholic sister, Margaret of Valois,  to marry a Huguenot nobleman, Henry of Navarre. The wedding was held on August 18, 1572, on a platform erected outside the doors of Notre-Dame cathedral, so that all of Paris could watch.

Many high-ranking Huguenots came to Paris for the wedding, and in the festivities that followed — days of banquets, balls, processions, and jousts —  Huguenots and Catholics freely mingled. The one discordent note happened on August 22 — an attack by an unknown assailant on the Huguenot military leader Gaspard II de Coligny, who survived with an injured hand.  The King sent his own physician to treat Coligny’s wound.

However, the next attempt on the life of Gaspard II de Coligny succeeded.

Some time in the night of August 23-24, a decision was made and approved by the King. The municiple authorities of Paris were ordered to shut the city gates to allow no escape. The King’s Swiss guards were given a list of prominent Huguenot leaders to be dispatched, and the mercenary guards set about dispatching them.

Among those murdered in the first wave of killings were the attendants of Henry of Navarre — the King’s own brother-in-law — and other Huguenot nobles staying at the Louvre Palace as wedding guests. By all accounts they were dragged from their beds and hacked to death. Henry of Navarre himself escaped harm by pledging to convert to Catholicism.

Then men led by Henry, Duke of Guise, entered Gaspard II de Coligny’s Paris residence. The Guise family still believed Coligny was responsible for the death of the Duke of Guise’s father, Francis. Coligny was pushed out of a window into a courtyard and decapitated. By some accounts his body was dragged through the streets of Paris over the next few days.

At some point on August 24 Parisian commoners joined in and began to slaughter Huguenots. Huguenots were hunted through the streets, killed, and mutilated. They were killed in their homes, and the homes were looted and destroyed. Accounts tell of women disembowled, of babies tossed into the Seine to drown. Many Catholic residents of Paris locked themselves in their homes, staying off the streets for fear of being mistaken for a Huguenot.

The massacre in Paris continued for about a week. Most of the bodies eventually were collected and tossed into the Seine.

As news of the massacre spread through France, more massacres of Huguenots broke out around the country over the next several weeks. Many who joined the violent mobs believed they were carrying out the King’s will, although King Charles himself had sent word to provincial governors to keep the peace. Huguenot communities throughout France were decimated.

What Caused the Massacre?

On August 26, while men, women, and children were still being slaughtered in the streets of Paris, King Henry IX addressed his parliament. He had ordered the massacre to stop a Huguenot plot against the royal family, he said. That became the official reason for the massacre. Historians today do not believe there was such a plot, however.

Over the centuries much of the blame for the bloodshed has fallen on Catherine de’ Medici. The Queen Mother had a well-earned reputation for ruthlessness, after all. It has long been believed she was the one who wanted Huguenots killed, and she manipulated her 22-year-old son, the King, into ordering it. Whatever her reasons, they would have had nothing to do with religious doctrines or devotion to the Catholic Church, but with power.

It’s speculated Catherine de’ Medici believed the first attempt on the life of Gaspard II de Coligny might have been a means to rally Huguenots to attack Paris. Or, perhaps she wanted Coligny and his associates killed because they were becominWhg too powerful, and the larger massacre was an unforeseen consequence. Whatever the reasons for the slaughter, there is evidence Catherine de’ Medici and the House of Guise were involved in making the decision to begin it.

For a long time it was widely believed in France that King Charles IX arranged the marriage of his sister to a Huguenot in order to bring Huguenot leaders to Paris and kill them. This theory is not taken seriously by historians today.

On the other hand, it is well documented that in the months before his death, Gaspard II de Coligny was urging the King of France to go to war with Spain. This gave rise to all manner of speculation about a greater plot involving Philip II of Spain, who saw the Huguenot leader as a threat.

One 20th century historian proposed a plot hatched by Philip II and Pope Gregory XIII, and made operational by the House of Guise, that was intended to end the reign of King Charles IX for being too soft on heretics.

And if centuries-old royal conspiracies are your thing, I can recommend The Saint Bartholomew’s Day Massacre: The Mysteries of a Crime of State by Arlette Jouanna (English edition, Manchester University Press, 2013).

Where Was the Catholic Church?

To me, one of the striking things about this bit of history was how little the Catholic Church itself appeared to be involved. Perhaps the involvement was kept hidden. Pope Gregory XIII did celebrate the massacre with a commemorative medal, after all. But the Saint Bartholomew’s Day Massacre was at least as much a political event as a religious one, if not more so.

Even for the Catholic Church, fighting the Protestant Reformation probably was more about power than religious belief. For centuries the Catholic Church was the ultimate power in Europe, its authority unquestioned. In 1572 the Church was not yet ready to relinquish that power, however much it was being challenged. The debate within Catholicism at the time was whether to entice or maneuver the heretics back into the Church, or just kill them. Peaceful coexistance was not an acceptable option.

The commoners who formed mobs to kill Huguenots probably could not have explained what made a Protestant different from a Catholic, other than loyalty to the Church. The Church made up the fabric of their social and cultural reality, and a threat to the Church seemed a threat to civilization itself. You can focus on other times and places and substitute other factors — say, White Supremacy — and get similar results.

King Charles IX suffered declining health after August 1572. It was said he often suffered violent rages and bouts of dementia, although he was still in his 20s. He died of tuberculosis in May 1574, at the age of 24.

As Henry IV of France Henry of Nevarre is remembered as Good King Henry. He eventually returned to Catholicism to keep the peace. But he also issued the Edict of Nantes in 1598, which guaranteed rights and protections to Protestants and ended the wars of religion in France. His marriage to Margaret of Valois, who was childless, was annulled in 1599. His second wife, Marie de’ Medici, was mother to six children, including the future King Louis XIII.

Persecution of the Huguenots remaining in France began again under King Louis XIV, who reigned from 1643 to 1715. Most Huguenots fled France, and those remaining were confined to camps and starved. Huguenots resettled in Germany, England, South Africa, and North America. And there are still a few churches that call themselves “Huguenot,” but for the most part the descendents of the Huguenots were absorbed into their new societies and joined other Protestant denominations.

August 25, 2022 The Trials of Kumarajiva the Translator
Recent Comments
0 | Leave a Comment
Browse Our Archives
Related posts from The Religious History Nerd 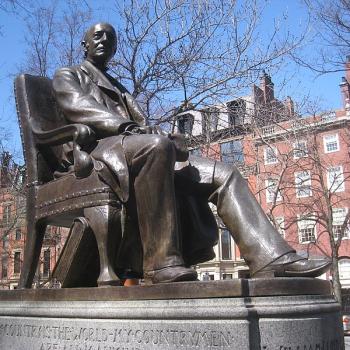 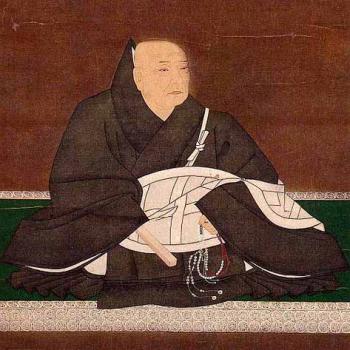 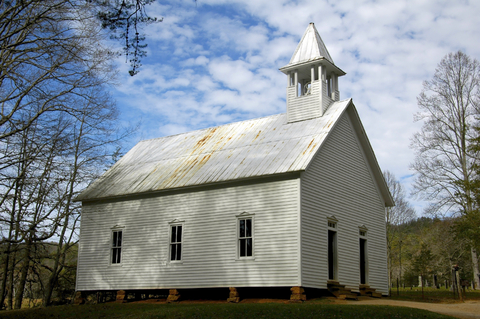 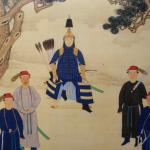 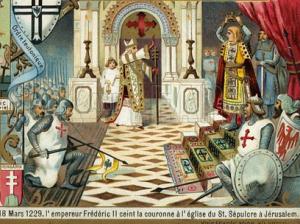 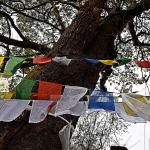 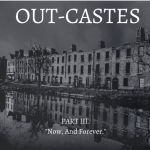