Get updates from The Toolshed delivered straight to your inbox

Today’s guest post is brought to you by Chris Van Allsburg (no, not the children’s book author). Chris teaches apologetics and ethics, holds an Mdiv, and is an MA in philosophy student. He teaches his children at home in the classical tradition, imbibing in Latin, Greek, Logic, and the good of C.S. Lewis. He loves Tolkien, sitting by the fire, and dreaming about being a master guitarist some day.

In Sunday’s The Guardian, Yuval Noah Harari answers people’s probing questions concerning the ‘end’ of mankind. Harari grew up as a secular Jew, lives with his husband in Israel outside of Jerusalem, and holds a doctorate from Oxford. He has become a public intellectual with his popular book, Sapiens: A Brief History of Humankind. As he probes the future, he sees the end of humanity as we know it, due to globalization and technological advances. Now, this end is not the death of mankind, but his transformation. Man will be “changed and upgraded with biotechnology and artificial intelligence into something else, into something different.”

In other words, transhumanism is the end of mankind. In this sense, ‘end’ turns out to be teleological. There are a number of flaws in his argumentation, however.

First, Harari says that homo sapiens has advanced over and against the other animals on the planet due to “shared fictions.” This prognostication echoes Ludwig Feuerbach, whose “projection theory” influenced Sigmund Freud, who in turn influenced Richard Dawkins, atheist author of The God Delusion. Hence, a “Sky Daddy” is required for humans to live meaningful, fearless lives.

However, this is a genetic fallacy, which says a belief is false (or, fictitious) due to its origins. Granted, even if belief in the existence of God is due to fear of the unknown in this sometimes scary world, that doesn’t mean that such belief is a “fiction” as Harari says. Albeit, belief in God can be demonstrated as rational, as shown in Aquinas’ Five Ways (arguments from motion, efficient causality, contingency of being, degrees of perfection, and final causality).

Second, it is interesting how Harari singles out Christianity as the chief fiction in the world. He says Christianity derives its meaning from the concept of death.  At the close of the interview, Harari says:

Previous cultures, especially traditional religions, usually needed death in order to explain the meaning of life. Like in Christianity – without death, life has no meaning. The whole meaning of life comes from what happens to you after you die. There is no death, no heaven, no hell… there is no meaning to Christianity. But over the past three centuries we have seen the emergence of a lot of modern ideologies such as socialism, liberalism, feminism, communism that don’t need death at all in order to provide life with meaning.

This is a straw man fallacy. In Christianity, death is an enemy; it does not serve as the sine qua non for human meaning. Rather, as the Apostle Paul says, “Death, where is your victory? Death where is your sting?”  And, “Thanks be to God who gives us the victory through our Lord Jesus Christ!” If anything, Christianity most certainly has a theology of death, and a meaning deriving from its notion: it is an enemy which will eventually be defeated by God through Christ.

Third, Harari is mistaken when he says, “The best test to know whether an entity is real or fictional is the test of suffering. A nation cannot suffer, it cannot feel pain, it cannot feel fear, it has no consciousness.”  He is making an indirect, anthropological statement here:

But consciousness is presupposed for knowledge in the first place.  This has the veneer of intellectual remarkability, but it’s nothing but circular reasoning and question-begging. Perhaps the best way to test what is real is the route Aristotle suggested: the external world as evident, known by the reliability of sense perception.  Alas, since Descartes, Hume, and Kant, we live in a postmodern world of suspicion: everything is suspect, except for the notion of ‘progress.’

Finally, Harari believes that religion, law, nations, etc. are mere fictions, developed by the subjectivity of the human mind (hints of Descartes’ theory of knowledge here) with the purpose of promoting progress. Knowing this, he believes, will enable mankind to progress by discarding old systems of religious thought and believe in the reality of humans to evolve into a better, technological, transhuman thing. To the contrary, his fundamental beliefs driving his argument come from his flawed concept of the origin of religion—and humans—subjectivist, Cartesian epistemology, and 19th century pragmatism, which results in relativism.

In Episode IV, Darth Vader warns Grand Moff Tarkin not to put too much faith in the Death Star, “this technological terror you’ve constructed.”  For, “You do not know the power of the Force.” In the same way, Harari’s prognostications about the future of mankind with its hope based in evolution and technology, should be recapitulated in a system of thought which comports with what is truly real: God.

February 9, 2017
How Beauty Connects to the Atonement
Next Post

April 4, 2017 The Vastness of the Universe and Man’s Seeming Insignificance
Recent Comments
0 | Leave a Comment
Browse Our Archives
get the latest updates from
The Toolshed
and the Patheos
Evangelical
Channel
POPULAR AT PATHEOS Evangelical
1 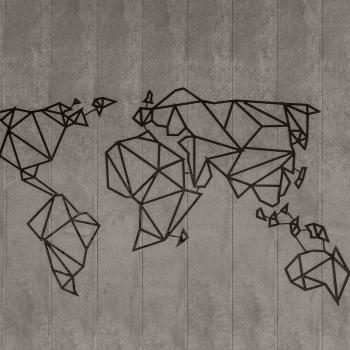 Evangelical
Global Religion: The Future of Christianity
The Toolshed 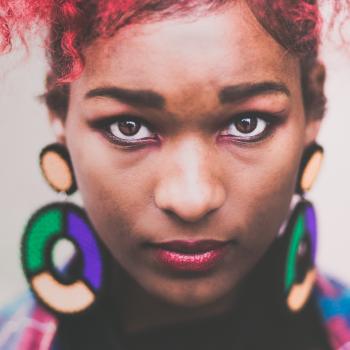 Evangelical
Christians Should Stop Ripping Each Other Apart Over...
The Toolshed