Who was Gerald Gardner and why you should know

Gerald Brosseau Gardner is a name that is linked to Wicca and Witchcraft at the most intrinsic level. And yet many newer Wiccans and pagans don’t even know who he is even though they are using tools and rituals influenced by his work and practice. Almost every book about Witchcraft or paganism at least mentions his name, even if they say nothing else about Wicca itself. Take for example, this excerpt from the first chapter of Witches of America by Alex Mar, “Wicca’s major spokesperson was a retired civil servant named Gerald Gardner” (11).

In order to understand the Craft today, it is crucial that we understand it’s origins. (Of course, there are many traditions that are entirely separate, but that does not detract from the importance of Gardner himself).

Born in 1884 to an upper class family in Lancashire, he spent most of his early years overseas with a nanny in the Madeira in an attempt to alleviate his asthma. As he got older, the duo ventured further away and spent time on the Canary Islands, Ghana, Madeira, Sri Lanka, and Borneo. It was during these years that he became interested in anthropology, weaponry, and indigenous spiritual practices; all of which would later influence his work.
As a young man he worked in Ceylon, Borneo, and Malaysia as a civil servant for the British government. During this time he was very interested in archaeology; even going so far as to claim the discovery of the lost city of Singapura. It is also interesting to note that while in Malaysia he became interested in the Malaysian kris, a curved knife that was said to have magical powers. Gardner became the world’s foremost expert on the subject and his book on it is still held in high regard. Many believe that his interest in the kris inspired aspects of the athame (Wiccan ritual knife).

In 1927 he married an English woman named Donna who would return to England with him upon his retirement in 1936. The couple lived in London for two years and joined a naturist (nudist) club. After the threat of war heightened in 1938, they decided to move further out to the country. They settled into the New Forest area and purchased a house at Highcliffe. He joined a local Rosicrucian group in the area where it is believed he met his first coven members.
It was during the following year, 1939, that Gardner claims to have been initiated into an old world coven:

“I realised that I had stumbled upon something interesting; but I was half-initiated before the word, ‘Wica’ which they used hit me like a thunderbolt, and I knew where I was, and that the Old Religion still existed. And so I found myself in the Circle, and there took the usual oath of secrecy, which bound me not to reveal certain things”

(Gerald Gardner, The Meaning of Witchcraft, 1959).

Gerald claimed to have found an existing coven that had remained unbroken through ancient times. The high priestess was supposedly a women named ‘Old Dorothy’, who initiated him. As there is much controversy and argument over the validity of these events, I am not going to make a case either way. Regardless of the truth, modern Wicca originates from Gardner. While that is not to say there is no such thing as hereditary witchcraft; it is, however, unlikely that they would be ‘out of the broom closet’ per se if it had not been for Gardner.
One of the most interesting things that happened during this period was ‘Operation Cone of Power’, in which the New Forest Coven (including Gardner) attempted to repel a German invasion. A group of 17 witches gathered on the coast and performed a skyclad (nude) ritual focused on dissuading the Germans from attacking England by sea. Many scoffed but England was never invaded during the length of World War II.
For the next ten years, he was involved with various occult groups such as Ordo Templi Orientis (where he was acquainted with Aleister Crowley briefly before his death), the Fellowship of Crotona ( a masonic society in New Forest), and the Rosicrucian Order. These three groups heavily influenced Gardner and are apparent throughout his work to those who are familiar with them. It is also crucial to note that the Order of the Golden Dawn was a strong influence on OTO (Crowley was a member) and that Gardner himself acknowledges their importance:

“The people who certainly would have had the knowledge and ability to invent [the Wiccan rites] were the people who formed the Order of the Golden Dawn about seventy years ago …” (Gerald Gardner, Witchcraft Today, 1954).

In 1951 when the British Witchcraft laws were repealed, Gardner, started his own coven and moved to the Isle of Man. It was here that he became the ‘resident witch’ at the Museum of Magic and Witchcraft, and he eventually bought the museum from the owner.
In 1953, he initiated Doreen Valiente who would go on to be the High Priestess of the coven and an important foundational leader of Wicca as well. The two documented the group’s rituals in their Book of Shadows from 1954-1957, eventually leading to what is now the authority on the Gardnerian Tradition of British Traditional Witchcraft. In 1954, Gardner published his monumental work, Witchcraft Today. This book garnered immediate attention and inspired the formation of many new covens. He made many media appearances for the book and was thus given the title “ Britain’s Chief Witch”.
During its formative years, Gardner’s coven initiated many new witches including the likes of Raymond Buckland (who brought Wicca to the United States) and Patricia Crowther. Unfortunately, Gardner never lived to see the influence of work, dying in 1964 on a final trip abroad.
As we can see, Gardner was involved with a myriad of traditions, including possibly a hereditary link. He was also heavily influenced by many writers such as Margaret Murray, Robert Graves, and Dion Fortune. Ronald Hutton, the world’s foremost authority on the history of paganism in England says this about Gardner:

“ a relatively swift examination…reveals that he was a Freemason, Rosicrucian, a spiritualist, a friend and a probable member of the Ordo Templi Orientis, a member of the governing council of a Druid order, a very active member of the Folk-Lore Society and fervent admirer of Margaret Murray, and a member of one of the divisions of the Order of Woodcraft chivalry…It is no wonder that…one…finds elements from all or most of them” (The Roots of Modern Paganism, Ronald Hutton).

Wicca therefore, although a specific magical path, certainly has many different elements. We can see this represented in this various ritual practices such as the calling of the quarters, the phrases ‘So mote it be!’ and ‘Blessed be’, and the casting of the circle.

Unfortunately, we may never know the truth about the origins of Wicca or Gardner. Everything he said may have been true, or he could have been a complete and utter fraud. In my opinion, the facts aren’t what’s important – what I’m confident in is that Gardner was extremely sincere in his beliefs. Indeed, Doreen Valiente went on to describe him as a man ‘utterly without malice’, who was generous to a fault and possessed some real, but not exceptional, magical powers. One thing we can be certain of, Gardner paved the way for modern Paganism, and for that I am thankful.

History of Wicca in England: 1939 to the Present Day, 2004; Julia Phillips
Witchcraft Today, 1954; Gerald Gardner
Witches of America, 2015; Alex Mar
An ABC of Witchcraft: Past and Present, 1973; Doreen Valiente
‘The Roots of Modern Paganism’, in Paganism Today: Wiccans, Druids, the Goddess and Ancient Earth Traditions for the Twenty-First Century; Ronald Hutton 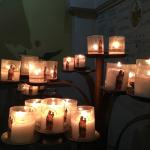 September 28, 2017
The Black Madonna and the remnants of ancient pagan belief
Next Post 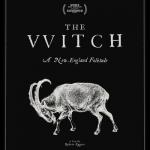 Solitary Self-Initiation or Dedication. Does It...
3 Pagans and a Cat
Related posts from The Wandering Witch