About a month ago I found myself on a plane headed to Miami to go an electronic music festival…not a situation I normally prefer to find myself in but it was a bucket list trip for my sister so off I went. I was already apprehensive about being in a large crowd full of very drunk ‘spring breakers’ so before heading to the festival we did several protection spells and asked for our spirit guides to heighten our awareness. We actually enjoyed ourselves for the the first few hours and then sometime around 9 pm one of the aforementioned ‘spring breakers’ threw up on us….so we left. And then we had the bright idea to try and sell our tickets (which were good for the whole weekend). We had no trouble doing so and made enough money off of them that we were able to fund the entire rest of the weekend. My sister left the itinerary in my very eager and willing hands and we ended up having a wonderful time.

Miami turned out to be an incredibly spiritual place that was full of life and oozing culture from every street corner.

Here are some of my highlights:

This is a magnificent house built in the early 20th century by a Mainer (James Deering). It sits right on the coast and is stunningly beautiful. The grounds are covered in gardens and surrounded by a mangrove forest. There was a false breakwater installed to protect the house that was designed to resemble a barge and it’s covered in mermaid statues, one of my favorite features of the estate. It takes a couple of hours to enjoy properly and I highly recommend it. There are lots of statues of Roman and Greek deities throughout the grounds so be prepared with some libations 🙂

On an off chance, I did a quick google search to see if there were any Black Madonna shrines in the area. Turns out, there’s an amazing little chapel dedicated to Our Lady of Regla. She is one of the patron saints of Cuba and is believed to have originated in Africa sometime in the 15th century. Ermita de Regla is often associated with Yemaya, the Oshun goddess of the sea and life. The shrine was built in 1989 and is the lifework of Father Miguel Lobo. You have to call ahead or email if you visit during none church hours. We went on a Friday morning and Father Lobo met us outside to open the door. It’s a very beautiful and special place. I was immediately overcome with a sense of reverence as we stepped inside. The Father was very interested in how we had found out about the church and on our way out he asked if he could bless us. I never refuse a sincere blessing and it was a very touching moment. I highly recommend a visit.

We didn’t make it all the way down to the southern entrance of the park as it was too much of a drive but we did take a boat tour. Several alligators were spotted as well as loads of other wildlife such as birds. It was really nice to get out of the city for a bit and enjoy nature.

This has been on my bucket list ever since I saw it featured on Ancient Aliens a few years back. It’s a mysterious megalith that was constructed out of coral by the hands of one man (Ed Leedskalnin) in the 1940’s. Many theories and conspiracies have arisen from the bizarre circumstances surrounding its construction. Supposedly, Ed only worked at night and refused to let anyone see how he moved the rocks into place. This has led people to believe that he had access to a supernatural energy source or occult power. I was slightly underwhelmed by the size of the site, it’s very small and could easily be seen in 30 minutes or less, and it felt overpriced for what was there. Still, I’m glad I went and it was cool to see. I’m not saying it was aliens…but it was aliens!

Miami has an incredibly vibrant latin culture so it’s no surprise that there are loads of botanicas to be found. Anything you could possibly need for the Craft can be found. We went to the Botanica 7 Mares and Botanica Nena. I ended up buying A LOT of fixed candles. I got flagged at the airport taking them in my carry-on since I guess they look like explosives. The TSA agent asked me if they were for religious purposes and I looked him in the eye and told him I was a witch…the look on his face was priceless.

Also, although we didn’t have time to drive here. There is a Skunk Ape Research Center in the Everglades!! I am a bit of a cryptozoology nerd so for those who don’t know, the skunk ape is the tropical cousin of Bigfoot. Someone go and send me pictures since I couldn’t make it!

And if you’re interested in any food and small business recommendations, check out my sister’s blog post about the same trip!

*all photos were taken by the author

About Julia Penelope
You can read more about the author here.
Previous Post 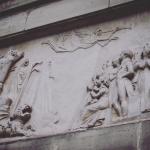 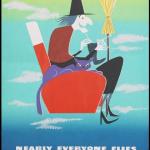 June 4, 2018 Travel Magick: Advice for Witches on the Move
Recent Comments
1 Comment | Leave a Comment
"Language evolves. It borrows words from other languages, other cultures. You can complain but you're ..."
Addison 6 Reasons To Stop Using the ..."
"True, although Birgitta never became part of Swedish folk tradition as Lucia did."
Ingeborg Nordén Sankta Lucia: The Survival of a ..."
"I can't stop laughing, I remember reading of the torched hoofer & felt he should ..."
KittyMayhem The Pagan Origins of the Yule ..."
"St Lucia is NOT the patron saint of Sweden. Saint Birgitta is!"
revliesel Sankta Lucia: The Survival of a ..."
Browse Our Archives
get the latest from
The Wandering Witch
Sign up for our newsletter
POPULAR AT PATHEOS Pagan
1