The Pagan Origins of the Yule Goat

As a Swede, holidays at my house look like the inside of Ikea. Straw ornaments, Swedish flags, St.Lucia, Tomtes, and Yule goats abound! The latter, known in Swedish as the Julbock, is a goat that delivers presents alongside the Jultomte on Christmas night. As with most folklore, the origins of this tradition lie within pre-Christian Scandinavian spiritual practices.

Folk scholars believe that the origins of the Julbock lie with the Nordic god Thor and his goats, Tanngrisnir (Gap-Tooth) and Tanngnjóstr (Tooth-Grinder). These two goats pulled Thor’s chariot and provided food every evening by being slaughtered only to rise again the following morning. One ancient Swedish practice related to all this is the Juleoffer, or Yule sacrifice, in which a person dressed in goatskins and carrying an effigy of a goat would be symbolically slaughtered and then returned to life in the morning. This practice was most likely predated by actual sacrifices, as we know the Norse practiced both animal and human sacrifice. This custom of Juleoffer went out of practice with the rise of Christianity and the Julbock was decried as a demon.

Historical records from the 1600’s in Sweden speak to a belief in the Julbock as he was said to roam the country on the night of Christmas, demanding offerings and scaring Christians. Later on, the Julbock would be reframed as a good-natured being who distributed gifts during Christmastide, accompanied by the Jultomte.

“After the dancing round the Christmas tree is over, presents are brought in by a Julbock, now often represented by Father Christmas. Bock means goat, and the bringer of presents was supposed to ride on the Yule goat, the goat and the rider having now coalesced. You will remember the association of the goat with Thor. The Julbock throws parcels into the room, and very often as a joke a small present may be wrapped up in a dozen different covers with different inscriptions and verses on each directed to different people before it arrives at the rightful owner. (Cyriax)”

In today’s Sweden, the Julbock is most recognizable because of the Gävle Goat, the giant straw Julbock erected each year by the city of Gävle starting in 1966. It has gained worldwide notoriety for being the target of arson each year, being burned down a total of 37 times in its 51-year history. While many attempts have been made to try and prevent the burning, I think it’s kind of fitting that it burns down. An offering of sorts to the old gods. Also, I can’t help adding that the series of news stories about the burning goat is bound to make you laugh.

The headlines are priceless:

Weird ritual of the burning goat

Not even napalm can set fire to the goat now 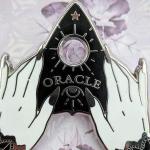 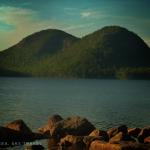