Are Wicca and the Boy Scouts Cousins? Part II

In Part I, we briefly introduced Gerald Gardner, founder of modern Wicca, and Ernest Thompson Seton, a writer, artist, naturalist, and admirer of Native American spirituality. We’ll now turn to how Seton may have been an influence on Gardner’s Wicca, creating a link between Wicca and, believe it or not, the Boy Scouts.

Like many in the Progressive Era, Seton believed that society’s problems could be solved with proper youth education and development. He got the chance to put this in practice in 1900, when a group of juvenile delinquents vandalized his land. Rather than having them punished by the legal system he took them on a camping trip, setting up athletic games and teaching them woodlore and Native American culture (or at least his interpretation of it). It was such a success that he started a organization to promote “the culture of the Redman.” (There are many questions of political correctness and so-called “cultural appropriation” here, but I will leave those cans of worms closed for now.) After a favorable article in The Ladies Home Journal in 1902, his organization took off; by 1910, “Seton’s Indians” had approximately 200,000 members in the U.S.

In 1906, Seton was lecturing in England and met Robert Baden-Powell. Baden-Powell took Seton’s woodcraft ideas and applied them to his goal of molding young men into fit subjects and soldiers for the British Empire, and the Boy Scout movement was born. Seton became a leader of the Scouts in the U.S., but moved away from Baden-Powell’s jingoism in the years leading up to the World War I. Not only was Seton branded a (shock!) pacifist, but he had never become an American citizen — how could someone not an American be the Chief Scout of the Boy Scouts of America? He split with the Scouts in 1915, but continued his efforts to spread Native American culture and values.

Seton’s spiritual side was not limited to Native American teachings. He was also familiar with Theosophy – his first wife, Grace Gallatin Seton, was a practicing Theosophist, but a more interesting and subtle connection with Theosophy is related in a preface to the 1937 edition of his book The Gospel of the Redman. His second wife, Julia M. Seton, claims that in 1905 Seton met a mysterious woman — described as “a Mahatma from India, although born in Iowa” who had “spent many year studying under the Great Masters” — who told him that he was an Indian Chief “reincarnated to give the message of the Redman to the White race, so much in need of it.” If you’re familiar with the history of the Theosophical Society, the Golden Dawn, and the A:. A:., that might ring a bell — it seems that Seton claimed the authority of the same “Mahatmas” that Helena Blavatsky, MacGregor Mathers, and Aleister Crowley did.

Seton wanted to bring his ideas to adults as well as to youth. By 1912 he had started the Red Lodge, a group for men:

This is the purpose of the Red Lodge :-

That we who enter it may, for the helping of our spirits and our bodies, preserve such of the Redman’s ways, his sayings, and his picture writings, and his thoughts about the world, and the God of blue air and power, and such secrets of the Medicine Lodge as have proven wise, and will help us to know our own natures, and to profit while we live the life that knows neither roof nor doorway.

And further, to realize, as did the Redman, that this body is the sacred temple of the spirit, that the body must be held in subjection for the spirit’s clearer insight; that all things in our lives may be made beautiful, and that there is no crime more shameful than being afraid.

For this is a Lodge of Masters and of Powers for the helping of mankind, and the Gateway to power is mastery of one’s self.

Seton’s secession from Scouting prompted several leaders in the British Scouting movement to also leave and to go down paths of a spiritual sort of woodcraft. In 1916 Ernest Westlake founded the Order of Woodcraft Chivalry, with Seton as its honorary Grand Chieftain and including the Sun Lodge as its innermost circle (in the words of Audrey Westlake, Ernest’s son, “in a sense, the church of the movement”). In 1920 John Hargrave left the Scouts to start the Kindred of the Kibbo Kift, a group whose members would eventually include H.G. Wells, Havelock Ellis, and Maurice Hewlett. The Kindred, and its later splinter group the Woodcraft Folk, took spiritual inspiration from Native American ways (or at least Seton’s concept of Native American spirituality), and also took elements from African, Polynesian, and Inuit cultures and from Freemasonry. The Kibbo Kift also formed a “Lodge of Initiation” based on the Sun Lodge.

The Order and the Kindred were close allies – Hargrave was also on the Order of Woodcraft Chivalry’s leadership council and apparently wrote some of its rituals.

Besides Native American and other “primitive” foreign cultures, these Woodcraft groups looked back to ancient British traditions. According to Hargrave, “The Kindred has sent roots into a cultural soil which shows most clearly the strata of Anglo-Saxon, Viking, Celt, and Neolithic builders of barrow, dolmen, and the old straight track. In these traditions it finds something necessary, something clean and bright and true: something sensed by Rudyard Kipling in his Puck of Pook’s Hill.”

And so we come back to Gerald Gardner. Both the Order and the Kindred met in the New Forest area, the same area as Gardner’s supposed coven. Both groups practiced nudism (or “naturism”), used rituals based on bits of old British folklore, and took “Kin names” or “Woodcraft names,” a practice similar to the Wiccan use of “Craft” names. Gardner was known to be friendly with members of the Order of Woodcraft Chivalry, and was sighted at their meetings in the 1950s.

This has led to speculation that Gardner’s “coven” was in fact the Order of Woodcraft Chivalry. If this were the case, then Wicca can trace its lineage back to Seton, and as we can also trace the Scouting movement back to Seton, Wicca and the Boy Scounts become cousins of a sort.

However, neither the Order nor the Kindred identified itself as Pagan. For the Order, Westlake planned to “link this movement up with organized Christianity by providing the natural basis of Christianity,” while Hargrave denied that the Kibbo Kift attempted to define or prescribe any religion, leaving it up to individuals to decide what the rituals meant.

The timeline also doesn’t quite line up, as the Order seems to have moribund during the time when Gardner supposedly encountered the coven.

But on the other hand, Westlake also called the Order “a Dionysos [sic, British spelling] movement,” identified Dionysus with the Green Man (“Jack-in-the-Green”) known in British folklore, declared that the “Trinity of Woodcraft” consisted of Pan, Artemis, and Dionysus, and also suggested the worship of Aphrodite. This would be an unorthodox form of Christianity, to say the least. And after Westlake’s death in 1922, up through 1931, Harry Byngham – who changed his name to Dion in honor of Dionysus – led a decidedly more Pagan faction within the Order. As for the Kindred, one member stated that they did “quite a little bit of mysticism, ritualism, what John Hargrave particularly called ‘magik’, spelt with a ‘k’.”

There were also a number of smaller, less formal woodcraft groups, some of which had distinctly Pagan elements. One practiced meditation and vegetarianism, and initiated boys as “Warriors of Pan” who swore to “take care of the sacred land and the flora, fauna and people upon it” — an organization after my own heart.

It’s worth noting that the Dionysus and Aphrodite factors in Woodcraft Chivalry were definitely a break with Seton’s philosophy. Seton was a prohibitionist who believed that alcohol atrophied the pineal gland and thereby destroyed man’s capability for clairvoyance, and that lust “makes wreck of the body” and was an evil on par with fear, anger, and falsehood. But by this time we’re decades removed and an ocean away from Seton and his original woodcraft ideas.

There is no clear answer as to how much influence Seton’s woodcraft may have had on Wicca. We can say with some confidence that a Woodcraft movement that swapped Seton’s Native American influences for Ancient British ones was among Gardner’s influences in the early days of Wicca; and that it’s at least possible that the “New Forest coven” was an offshoot of the Order of Woodcraft Chivalry or the Kindred of the Kibbo Kift. Beyond that, we remain in the realm of speculation.

Whether the British interpretation of Seton’s woodcraft movement became the heart of Wicca, or was merely one influence among many, Seton’s work had an impact on its development. And his popularization of Native spirituality helped make the American Indian a role model for the 1960s counter-culture in the United States that would contribute so much to the wider Pagan movement.

Think about that the next time you see a kid in a Boy Scout uniform. 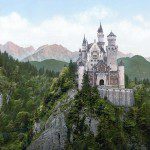 July 5, 2015
The Big Picture Part II: When It All Changed
Next Post 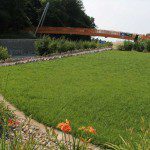 July 18, 2015 You Don't Make the Grass Grow By Pulling On It
Recent Comments
0 | Leave a Comment
Browse Our Archives
get the latest from
The Zen Pagan
Sign up for our newsletter
POPULAR AT PATHEOS Pagan
1 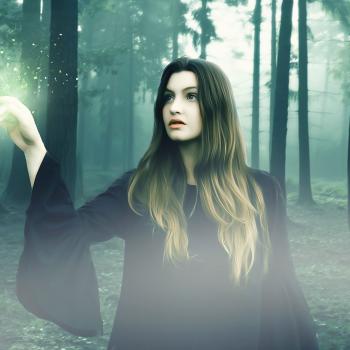 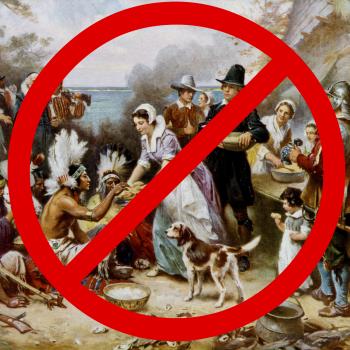 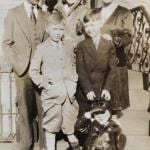