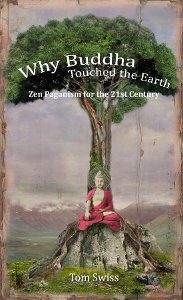 Why Buddha Touched the Earth
Zen Paganism for the 21st Century

Shortly before his death, John Lennon called himself a “Zen Pagan.” With this he gave an excellent name to a religious trend that goes back at least as far as Henry David Thoreau, who wrote of his love and respect for both the ancient nature god Pan and the Buddha.

The connection between Buddhism and nature spirituality is ancient. According to legends of the Buddha’s enlightenment, in his hour of need he asked the Earth to bear him witness rather than appealing to a heavenly deity. Over the centuries Buddhism influenced and was influenced by nature religions like Taoism and Shintō, while its introduction to the West came partly through spiritual nature writers like Thoreau and Gary Snyder. Occultists Aleister Crowley and H.P. Blavatsky played key roles in both Buddhist and Neopagan history.

Why Buddha Touched the Earth investigates the rise of Buddhism as a world religion during the nineteenth and twentieth centuries, its relationship to the Neopagan movement, and how both are related to the extraordinary changes civilization has seen since the Industrial Revolution. It combines rigorous history with lively and practical discussions of mysticism, magic, meditation, ethics, and the future of religion in a scientific age. 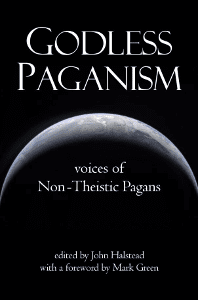 Non-theistic Pagans are Pagans who do not believe in the literal existence of personal gods. But beyond that definition, “non-theistic Pagan” may refer to a variety of theological orientations, including humanists, naturalists, Atheopagans, animists, pantheists, Gaians, and more. For some, gods play no role in their spiritually at all. For others, gods may be seen as mere metaphors or as numinous archetypes. Others are pantheists or animists. But what most non-theistic Pagans have in common is a love of Pagan ritual and myth and a deep sense of awe or reverence toward nature.

Includes “What Does It Mean for Gods to Exist?” and “Was the Buddha a Humanistic Pagan?” by Tom Swiss. 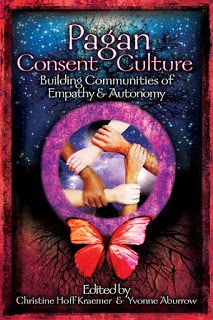 For many Pagans, sexuality and the body are sacred. Unfortunately, this conviction is not enough to prevent sexual harassment, assault, and abuse. Like the mainstream communities they are immersed in, Pagan communities struggle with consent issues, especially around sexual touch.

Increasingly, Pagans realize that good consent practices must be embraced by communities, not just by individuals—and that consent is about more than sexuality. Consent culture begins with the idea of autonomy, with recognizing our right to control our bodies and selves in all areas of life; and it is sustained by empathy, the ability to understand and share the emotional states of others. 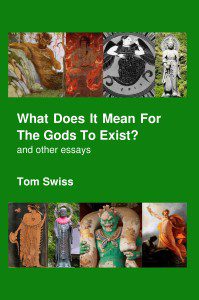 What Does It Mean For the Gods To Exist? and other essays

What is a god? What does it mean to exist?

Can one be both an atheist and a Pagan?

Do ancient spiritual traditions have any lessons relevant to the Ferguson and Baltimore Uprisings?

Could the Buddha legitimately be called a humanistic Pagan?

Is nudity – going “skyclad” – too wild for modern spiritual seekers?

Does the culture of Burning Man share values with the modern Pagan revival?

Explore these and other questions in this collection by one of the most original and outspoken writers in contemporary Paganism. Includes twenty-six pieces by Tom Swiss, including his complete run on the Patheos Pagan “Agora” blog. 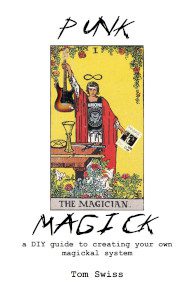 Learn how to strip the art of magick down to its absolute bare essentials, and go forward confidently with a “do it yourself” spirit to engage directly with it, using a five part structure for any magickal working:

3.Make the weird stuff connect in your mind with what you want. (“Direct energy.”)