On the first Thursday of the month, I usually do a meditation session with my karate students and give a little talk about our training. The sessions have a mix of adults and kids, so sometimes the tone of the talks is all over the place, and what I write beforehand doesn’t always reflect what gets said. But I thought some might find this of relevance.

There was another random act of violence today, several people killed at Umpqua Community College in Oregon. We don’t know the details yet, don’t know who did it or why. But usually when you have a crime like this, what you find is someone who’s given up on their own life. They expect to die in the attack, or else spend the rest of their lives in jail and so effectively end their life as it exists now. There’s an occasional exception, someone who acts from a political motive, but usually you find someone in who’s completely disconnected from everyone else, lost and hurting.

And they’re so full of rage, they just want to take some other people with them. They think this is the only way they can leave a mark on the world: with bloodstains.

Now feeling sad for someone, feeling compassion for someone who does a horrible thing, doesn’t mean that we don’t try to stop them. As martial artists, that’s our job. The kanji for budo, martial arts or more literally “war way”, is 武道. That first character, 武, “bu”, means way, and it’s made from two other characters, one that means “spear” (戈) and one that can mean “stop” but can also mean “foot” (止). So one way we can read that is “stop the spear” — “stop violence.” 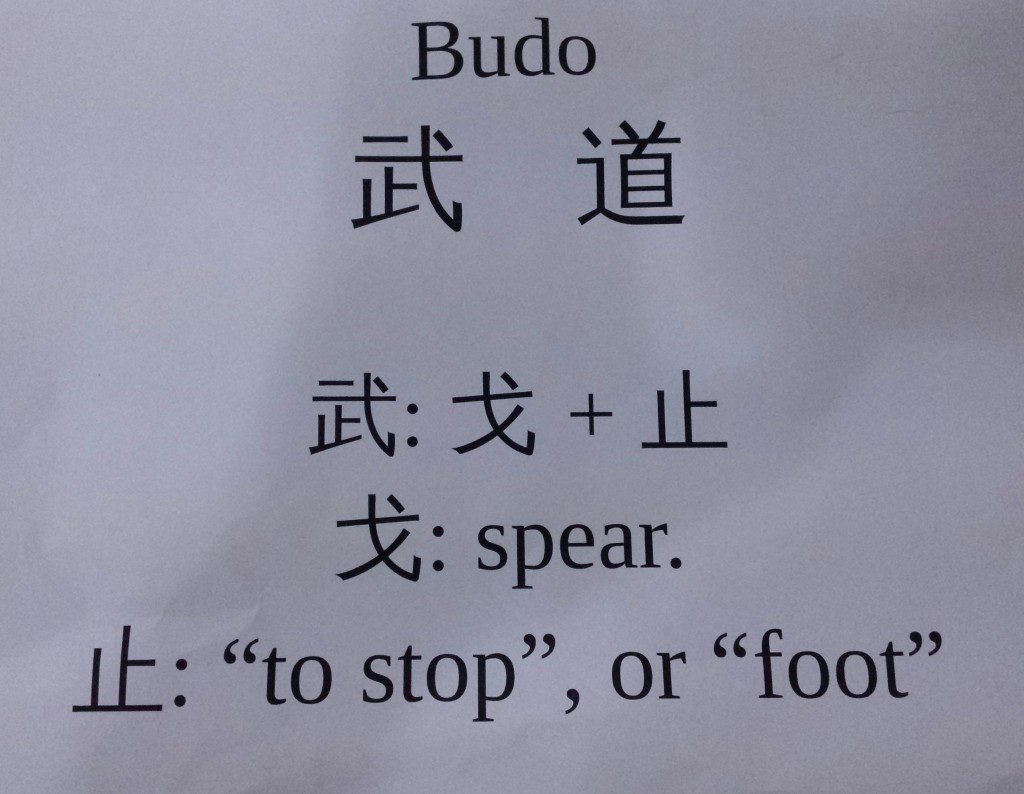 (We can also read it as a man on foot with a spear, an infantry soldier, which is less interesting. But the “stop the spear” reading is attested to almost 2,500 years ago, so it’s not a new idea.)

But that doesn’t mean that we should go around beating people up before they do anything! That’s starting violence, not stopping it.

So how do we stop it?

What if we could stop them from feeling completely disconnected from everyone else? To stop this sort of horrific violence we need a culture where every person feels valued and connected.

The best way to stop violence is to care for other people. So if you want to be a good karateka, that’s where your focus should be. 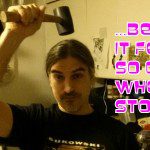 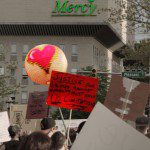 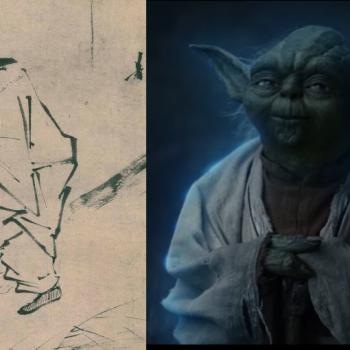