Ten Years Ago Today I Decided To Write A Book

Ten Years Ago Today I Decided To Write A Book November 4, 2015 Tom Swiss

I’m not sure how long the the idea of writing a book about Zen Paganism bounced around in my head. But there was a moment when I actually took that first step, when I set fingers to keyboard (in this case, to the keyboard of my Sharp Zaurus C3000 Linux-based PDA , what a machine that was!) and started writing something meant to be an introduction to a book.

That moment was in November 2005, over a few days during my second trip to Japan, staying with my friend Robin Gunkel. Here it is ten years later, some misspellings and obvious typos fixed but other errors of grammar, history, and thought preserved. Some of these ideas and sentences made it into to final version…some didn’t. If I hadn’t learned something in the process, if I wouldn’t say things at least a little differently after years of research and writing, the whole effort would have been a failure, no?

(This is sort of a rerun since I posted it on my personal blog when the book was first published two years ago.)

As I write this, I’m on the train to Nara, home of the great Daibutsu statue; this morning, at Robin’s apartment in Osaka, we listened to a recorded lecture from Naropa University about Kerouac and the introduction of Buddhism into the mainstream American counterculture through the Beats. It seems a good a time as any to begin this project of trying to explain and explore this idea I’ve stuck with the label “Zen Paganism”.

I want to connect some dots going back about 2500 years, including the teachings of the historical Shakyamuni Buddha and the semi-fictional Lao Tzu; moving through the red-bearded barbarian Bodhidharma and his lineal successor Hui Neng, the sixth patriarch; fast-forwarding through the introduction of Ch’an into Japan and its transformation into Zen; then skipping ahead to the introduction of Buddhism into the west (touching also on the American Transcendentalists and their influence from Asian thought). Then European secret societies and ceremonial magicians of the 1800s to early 1900s who were the seeds of one thread of Paganism, and the influence of Buddhism on people like Aleister Crowley; then to the mid-20th century Beats, Discordians, and allies who started giving the dharma genuinely American voices, and the hippies, magicians, discontents and counter-culturalists who started looking for magic and then decided to make their own.

If I’m going to talk about Zen Paganism, it seems sensible to define those terms. Zen is easily defined (the more sophisticated reader may laugh out loud); it is the Japanese pronunciation of the Chinese word Ch’an, which in turn comes from the Sanskrit word dhyana, and simply means meditation. Zen Buddhism is a form of Buddhism focusing on meditation practice; in Japan, however, Zen snuck out of the temple to permeate fields ranging from flower-arranging to swordplay to making a cup of tea. Which (and now I hope the more sophisticated reader will forgive me) of course makes a lie of my claim that Zen can be easily defined. Like the cliche about jazz, if you have to ask, you’re never going to know; except the over the centuries the masters in the temples and dojos have found ways, paths, to make the question unnecessary, to lead seekers to the answer rather than attempt to speak it.

Robin has argued that the Japanese are not a religious people. I was going to reply that I think their religion is more diffuse, less bound in the temple and more in everyday life, but then we realized that the point she was making was that they are materialistic rather than spiritual. Certainly this is an industrialized capitalist society, but if we take Japan and the US and filter out the material and financial to look at the spiritual, I would say Japan’s is just as strong, quite possibly stronger, than the American. It doesn’t make itself present in churchgoing or dogma, but in a sort of relationship to the world.

Today I went to the old farmhouse museum in Osaka. They have taken about a dozen ancient Edo period farmhouses and moved them to this open air display, along with various old implements. One sign I saw there said “Please do not touch these folk arts, they are valuable gifts from our ancestors”. There’s a religion in that statement, a religion in the carefully laid-out gardens and in some of the strangely poignant advertizing slogans. (On a first-aid supplies box for sale in a store in Umeda – “Nobody was made to suffer. Nobody was made to destroy.”)

But to return to the point: this Zen thing. What’s important about it isn’t just that it slipped out of the temples into the world, it’s that it has also found a pretty successful way to keep regenerating itself.

Any religion, any wisdom teaching, faces the probable fate of “dogmasclerosis” – hardening of the belief system. One man has an Experience of transformation, and tries his best to bring others to it. The advice that he gives is specific to the people he is trying to teach, but his words are recorded as Universal Truth, a Procrustean bed of the spirit. In a few generations, any follower who manages to have a religious experience does so in spite of, rather than because of, the system; and they may even be expelled or ostracized for it.

Zen, with it’s idea of a “direct transmission outside the scriptures”, its explicit attempt to transfer a state of mind, is one of the few systems to largely escape this fate. (Not that it’s complete free of dogma-parroting, empty gestures, and the like, but it has survived the infection for 1500 years. A fair accomplishment – for comparison, the Roman Catholic church succumbed at the Council of Nicea, only a few centuries after Jeshua ben Joseph’s death.)

Enough for the moment of Zen. What of Paganism?

Originally the word pagan means country-dweller, dating back to the Christianization of the Roman Empire. The temples of the Greco-Roman pantheon were torn down, and their worship could only be accomplished out in the sticks, in the forests and the groves – city gods go to the country.

A few decades ago, the term was strictly derogative, referring to any non-Christian (or in more open-minded circles, non-Judeo-Christian) practice. Since the growth of Wicca in the mid-20th century, however, it has come to be a general term for a diversity of paths – Druidism, Wicca, Aseratu, Discordianism, and eclectic self-defined paths of polytheism, pantheism, or animism. (It is often useful to make a distinction between this “neo-Paganism” revival and the “paleo-” or “meso-” paganism of other cultures; but we are dealing strictly with neo-Paganism, and will use the term “pagan” in this common sense.)

What binds these diverse paths together, puts them all under the rubric of Paganism? Ask five self-identified Pagans and you’re likely to get five different answers, quite possibly more. But we can pick out a few features likely to be mentioned: a respect, even reverence for nature; a focus on experience rather than dogma; a respect for the feminine, where Goddess imagery is as important or more important the Gods; and the use of ritual magick as a tool for transformation.

So what is the relevance of Zen to Paganism? First, Paganism is still quite new, only beginning to organize itself. To prevent future bouts of dogmasclerosis, it would do well to look to Zen; the Pagan group most accomplished at this so far is the Discordians. Second, for all of its emphasis on, and expertise in, bringing about transformative ritual experience, Pagan paths have less to offer the practitioner in terms of integrating the experience into day to day living – Paganism can learn from Zen how to escape the Circle or the Grove.

Also, Paganism lacks a strong foundation of ethical teaching; the non-dogmatic compassionate teachings of Zen Buddhism could be a rich example, much more specific than the Wiccan Rede for example while still avoiding moralistic preaching.

What then is the relevance of Paganism to Zen? In these pages a primary theme we’re going to undertake to explore is the nature religion hidden in Zen Buddhism, from Buddha sitting under the Bo tree and touching the Earth, to the influences of Taoism and Shinto on Zen, to the beat poets writing in the mountains. The world needs a strong nature religion now – the only way we’ll likely stop destroying the planet and ourselves is to see the planet as sacred.

And we’re going the see if Paganism can get Zen to let it’s hair down and party a little bit (in a non-attached fashion, of course), see what the dancing, joyfully fornicating Pagans can contribute to the “Red Thread” tradition of Zen.

In this post-sexual revolution world, it’s time for a fresh, sacred consideration of sexuality.

The contemplative side of Paganism; the natural and ritual side of Zen.

I’m finishing this introduction on my way to Kooyasan, a huge Buddhist temple complex that is headquarters of the Shingon sect and the burial place of Kooboo Daishi. Out the window the buildings are thinning out, I can see the mountains. “All true paths lead through mountains”, wrote Gary Snyder in the “Smokey the Bear Sutra”. Hopefully in the pages the follow, we’ll be able to lay out one of those paths.

mountain-wall of trees
through the window
and my own reflection. 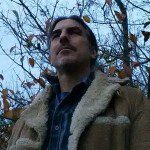 November 1, 2015
Wearing My Grandfather's Coat on Samhain
Next Post 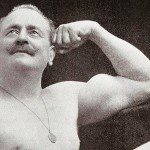 November 7, 2015 Why Men's Mysteries Matter
Recent Comments
0 | Leave a Comment
Browse Our Archives
get the latest from
The Zen Pagan
Sign up for our newsletter
POPULAR AT PATHEOS Pagan
1