Why I Am Pro-Choice by Ellen Painter Dollar

I became interested in reproductive ethics for very personal reasons: Nine years ago, my husband and I underwent preimplantation genetic diagnosis (PGD, which is in vitro fertilization with genetic screening) to try to conceive a child who would not inherit my disabling bone disorder. In an e-mail discussion at the time with a theologian friend, we explored theological perspectives on whether fertilized eggs have the moral status of human beings. Some theologians use scientific criteria to inform those views. For example, some argue that during the time after fertilization when it is possible for embryos to split and form twins, an embryo cannot be classified as a human being because it is potentially several people, rather than a single, unique person.

After several e-mails in which my friend and I tossed bits of scientific minutiae about embryonic development back and forth, he suggested that science provided an insufficient framework for examining the moral status of embryos. Approached from a scientific perspective, the question of whether a fertilized egg is a human being can be answered in different ways depending on the information we have and how we interpret it. The more important question, my friend argued, is whether we approach embryos reverently, as gifts whose worth is determined by the nature of the God who gives them, or empirically, as bits of flesh whose worth is determined by our scientific understanding of their particular traits at particular times.

I firmly believe that Christians, as believers in a loving God who creates every human being in God’s image, should approach human embryos reverently. Why, then, do I support abortion rights?

First, a note on language: While I support abortion rights, I am not “pro-abortion.” I do not think abortion is a good thing, nor do I think abortion is a morally neutral act. But fundamentally, I am a practical person. The primary reason I support abortion rights is that, for all of human history, women have gotten pregnant unintentionally, and have sought ways to end them, often at the expense of their safety or their lives. When abortion is not legal, it becomes unsafe, but women seek it out anyway. And I care about those women as people made in God’s image too. As Hillary Clinton once said, I want to live in a society where abortion is “safe, legal, and rare.” What if, instead of striving to make abortion illegal, we Christians worked toward making it rare?

My focus on abortion reduction rather than criminalization stems, again, from my practical nature. Making it illegal won’t end abortion, it will just drive abortion underground, where women will suffer. Nothing much good grows in the dark.

Yet I opened this piece by saying I believe human embryos should be treated with reverence. Doesn’t that reverence require us to condemn abortion under all circumstances? No, it doesn’t. To explain why, I’ll use the example of Christian attitudes toward divorce.

We live in a culture inclined to treat embryos as products that women and men can choose to accept or not accept based on consumer-oriented values: Is it convenient? Is it what I want? Will it make me happy? This attitude can be apparent in decisions about abortion, as well as decisions about using reproductive technology to conceive, screen, and select embryos with or without certain traits (such as in gender selection). Likewise, our culture is inclined to treat marriage as something we choose to start or end based on our wants and desires, rather than what God asks of us and what is required for us to be fully human (which necessarily includes self-sacrifice, dependence, limitation, and pain). Christians approach (or at least, should approach) marriage with a reverence that the wider culture often lacks, as a lifelong commitment that will sometimes be convenient and make us happy, and will sometimes be inconvenient and bring us pain. But despite our belief in the holiness of marriage, few Christians protest our country’s laws governing no-fault divorce. Indeed, despite Biblical passages indicating that divorce is questionable in the Judeo-Christian tradition, most churches do not protest divorce, don’t think twice about accepting members who have been divorced, and offer their sanctuaries and clergy for blessing new marriages after divorce.

When it comes to divorce, most Christians recognize that we can support a model of marriage that differs from our cultural model without arguing that divorce should be illegal. Likewise, we can hold up a model of human sexuality and family that differs from our cultural model without making abortion illegal. We can talk about sexuality as a gift from God, and critique cultural messages saying that the ability to have casual sex with multiple partners is somehow empowering to women. We can provide support, both emotional and material, to women who have unintentional pregnancies. We can fund, vote for, and work for efforts to lift families out of poverty, so that no woman decides to have an abortion because she can’t afford to care for a baby.

Our job as Christians is not to change the legal structure of our secular democracy to fit with our religious belief that human life is given by God and therefore to be treated with reverence. Our job, rather, is to simply treat human life—human lives—with reverence. Abortion is a moral tragedy, as is a woman feeling she has no other choice but to seek out an unsafe, illegal abortion. Legalized abortion reduces the incidence of the latter; let’s work on reducing, rather than criminalizing, the former.

Ellen Painter Dollar is a writer, editor and mother of three living in West Hartford, CT. Her forthcoming book on the ethics of reproductive and genetic technology, titled No Easy Choice: A Story of Disability, Parenthood, and Faith in an Age of Advanced Reproduction, will be published by Westminster John Knox Press  in January 2012. She blogs about reproductive ethics at Choices That Matter, and about faith, family, and disability at Five Dollars and Some Common Sense.

November 17, 2011
Why I Am Pro-Life by Karen Swallow Prior
Next Post

November 21, 2011 Pro-Choice and Pro-Life or Somewhere In Between?
Browse Our Archives
get the latest from
Family
Sign up for our newsletter
POPULAR AT PATHEOS Family
1

4 Things You Should Never Ever...
MarriageToday
Related posts from Thin Places-Faith, Family and Disability 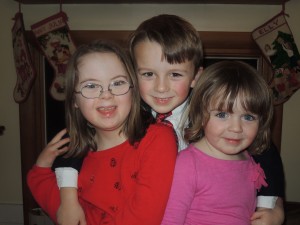 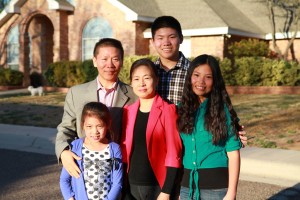