What’s Up with the New York Times’ Ethicist Using the R-Word as an Insult? Or, Why the Intelligentsia Still Thinks It’s Okay to Make Fun of People with Intellectual Disabilities

What’s Up with the New York Times’ Ethicist Using the R-Word as an Insult? Or, Why the Intelligentsia Still Thinks It’s Okay to Make Fun of People with Intellectual Disabilities November 19, 2013 Amy Julia Becker

Today people with cognitive disabilities and their allies are asking members of society to refrain from using the word “retarded” (along with all mutations of the word) for the same exact reasons. My question to you:

Is it ethical to contribute to the denigration of the vulnerable?

She goes on to document three cases in which Mr. Klosterman mocked people with intellectual disabilities using the r-word, in 2002, 2008, and 2010. Here’s one example:

“You used to be able to tell the difference between hipsters and homeless people. Now, it’s between hipsters and retards. I mean, either that guy in the corner in orange safety pants holding a protest sign and wearing a top hat is mentally disabled or he is the coolest fucking guy you will ever know.” (New York Magazine, 2008)

I’m guessing you’re with me here. Mr. Klosterman had some explaining, and perhaps some repenting, to do. (See below for his commendable response.) It’s problematic for anyone to use this type of language, and even more so when you are the ethicist for the New York Times.

But here’s the really sad thing. He’s not alone.

I wish I were talking about all those middle schoolers trying to be cool by using the r-word as an insult. Or the adults who never learned the personal reasons behind this trend towards political correctness. Or the drunk frat boys in the stands at a baseball game. Sure, plenty of regular people use the r-word all the time. I wish they wouldn’t. But they aren’t the people who think carefully before they commit their words to print and to public consumption. They aren’t the ones who have gone to school to learn the power of language to shape culture. They aren’t the ones who steward a national conversation about who and what we value.

What bothers me far far more then the use of the r-word by regular people is that the intellectual elite in this country use the r-word with impunity. Chuck Klosterman joins the ranks of Simon Rich who, for the New Yorker, wrote in an otherwise fabulous satire:

For the first time since meeting Simon, I start to wonder if he is possibly retarded. He talks like my cousin Moishe, who was born with triangle head. His stories go on forever and have no meaning.

Klosterman joins the ranks of Time Magazine, which coined the phrase “celebutard” to describe Paris Hilton back in 2006. Their word popped up again recently when Sephora carried a lipstick by the same name (which was later recalled).

He joins the ranks of GQ, which in 2011 proclaimed Boston “suffers” from a kind of “style Down syndrome.”

He joins the ranks of his colleagues at the Times, who insisted upon using the medical term “mental retardation” even when it violated their own editorial policies. (See my previous post on this topic here.)

These writers are the same people who might be shocked (who might write an ethics column in the New York Times, say) if a colleague used racial epithets or slurs about sexuality. For very good reason, derogatory words to mock or denigrate whole groups of people have largely disappeared from public printed discourse. It’s time to do the same for the r-word.

It’s not just the media. You might remember that President Obama got in trouble for mocking participants in the Special Olymipcs. Or that Rahm Emmanuel used the r-word to denounce Republicans.

In the halls of power, in the press rooms of the country’s liberal media, and in the middle schools and cafeterias and pop-culture, it seems we are having a hard time believing that people with intellectual disabilities are just as worthy as respect as, well, anyone else.

But why is the r-word the last holdout? I don’t know about the locker room, but the New York Times and New Yorker and Democratic party seems to have banished negative words related to sexuality, gender, ethnicity, and race, for very good reason. But this word persists.

I have never used the r-word. But I did have a latent disdain for, or indifference to, people with cognitive disabilities until my daughter was born and diagnosed with Down syndrome. In the nearly eight years since, my mind has broadened to include her and other people with ID not because it is the politically correct thing to do but because it is what I want to do. I have been humbled by getting to know individuals with Down syndrome and other cognitive disabilities. Humbled and blessed and enriched.

I’m thankful to conclude with a wonderful twist to this story. Because, guess what? Chuck Klosterman read the letter. He thought about it. And he responded:

I have spent the last two days trying to figure out a way to properly address the issue you have raised on your web site. I’ve slowly concluded the best way is to just be as straightforward as possible: I was wrong. You are right.

You can read his whole letter here.

So my hat goes off to Kari Wagner-Peck, who called him out. And to Chuck Klosterman not only for apologizing but for committing $25,000 towards whatever organization she decides will most improve the lives of individuals with cognitive disabilities. The money is great. But even better is the recognition that hopefully extends beyond this one man, that individuals with cognitive disabilities deserve the same respect, with our language and our lives, as everyone else.

If it had been a different word, though, would Chuck Klosterman still be the ethicist for the New York Times?

**Note–some comments on Facebook have alerted me to the fact that I may have implied the conservative news media and politicians are exempt from this problem. I don’t think that’s the case. I was pointing out the liberal news media simply because they are also the champions of politically correct speech.

November 21, 2013 A One-Word Prayer
Browse Our Archives
get the latest from
Family
Sign up for our newsletter
POPULAR AT PATHEOS Family
1

5 Things Your Man Needs More...
The Not So Excellent Wife
Related posts from Thin Places-Faith, Family and Disability 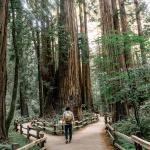 Whose Decision Is It?
One of the things that can quickly derail our ability to make...

What Do These Scars Mean?
A guest blog from Taylor Scott. Do you have any scars? I have... 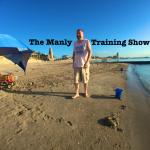 Joy Comes In the Morning: It’s OK to...
Sometimes the stress of work, family, and finances simply leaves spouses too...
view all Family blogs
Copyright 2008-2021, Patheos. All rights reserved.
error: Content is protected !!