“It seems as though we must use sometimes the one theory and sometimes the other, while at times we may use either. We are faced with a new kind of difficulty. We have two contradictory pictures of reality; separately neither of them fully explains the phenomena of light, but together they do.” – Albert Einstein

Theology is limiting. One one hand, it takes our experience of the cosmos and tries to give it context or meaning. On the other hand, it holds up a template that our experiences and thoughts are supposed to fit themselves into. Sometimes our theologies contradict one another. We are trying to make sense of the cosmos, to “eff the ineffable” as a friend says, to chart the numinous and connect it to the concrete.

To engage with theology of any type, it is helpful to know what commonly used terms mean. I will try to do this in as simple a way as possible, understanding that those with a more sophisticated comprehension of theologies will correct me. Many terms are missing, simply for lack of space.

Deism posits a singular creator God who then withdraws from the creation, allowing it to operate on its own.

Monotheism is a belief in one God who is usually seen as actively involved in the affairs of the world. This God is a singular being, separate from what it has created.

Monism is the belief or experience that there is either one substance or one source. In the “source” definition, all things come from one place, and that place is divinized. One “substance” means that all things are made of the same fabric. Most commonly, monism is viewed as there being a single reality.

Some people call Hinduism or some strands of Paganism “monotheist”  when they really mean monist. A separate being named God is not the same as one substance in the cosmos.

Dualism is a sense of opposing forces or polarities that influence or make up the world. A Christian who believes that an evil force named “Satan”* opposes a good force named “God” is a dualist at core, not a monotheist. Other common forms of dualism are Zoroastrianism and Manichaeism. Dualism can also be seen in forms of Wicca that posit The God and The Goddess as polarized forces that help to create and express the cosmos. Other forms of dualism posit a strong separation between the mental or spiritual and the material.

Monotheism is represented by “one” which can therefore be a separate entity, and nondualism can be represented by “zero” because no separation is possible in that state. As I write in Kissing the Limitless: “that naming something one, instead of all, can be a first separation out;  a distancing that turns the All into the Other.” This causes the turn of monotheism toward dualism: the Creator is not the Creation.

Nondualism sees no separation, no duality. It is the sense that everything is interconnected. In sanskrit, this is expressed as “neti-neti” which can translate into “not this, not that.” There is nothing to pinpoint. Nothing to differentiate or distinguish. Nondualism is often expressed by the mystics of any religious tradition. When the mystic is in a state of pure flow or dissolution, or what magical traditions sometimes call “light in extension,” she is tapping into awareness of the nondual. There is no quality that is distinct from any other in the nondual state. Everything just Is All.

Pantheism experiences the cosmos as divine. Divinity is immanent and non-personal.

Polytheism is the belief or experience that there are many deities, with separate names, qualities, attributes, character, and – depending on the believer or practitioner – substances. They have autonomy of action and each has its own work to do in the cosmos.

Some Atheists act as polytheists, working with the assumtion of Gods or Goddesses as archetypes. Still other people experience archetypes as real forces. Many polytheists are firm in a belief that Gods and Goddesses are all distinct and real.

Many of the theories and experiences above can intersect, because most theology gets messy when confronted with experience, its clean delineations blurring, shattering, or dissolving.

I often call myself a “non-dualist and polytheist”. My experience of nonduality is clear: all things are interconnected. In my less mystic states, this can lead to a form of monism in which I speak of things as having one substance or one source. That feels like a theological and intellectual construct to me, though. My experience is that of nonduality, of not this thing and not that thing. No subject and no object. Everything just Is.

Duality, for me, is one way that we humans learn. We learn by differentiation: me, not me; hot, cold; night, day. We learn by this sense of separation. But even within this sense experience of separation, for me, the interconnectivity is always present.  “I was divided for love’s sake, for a chance of union.”** Ultimately, for me, duality is a surface level explanation for how things work – pretending there are particles and waves – and the deeper reality is always pure connectivity or nonduality.

My polytheism is an expression of this nonduality. There are many sorts of humans. Several varieties of tree and beetle. Different bodies of water. Distinct stars. There are also ancestors, land spirits, Goddesses and Gods. I honor these to the best of my ability. I pour out glasses of wine for the Goddesses I work with. I offer water to the ancestors and food to the kitchen spirit. Other deities get other sorts of offerings: flowers, fruits, songs. Why make offerings? Offerings keep me in active relationship with these forces and enable me to become a better actor in the ongoing process of the cosmos. Just like I share a meal and conversation with a friend or lover, or water vegetables and trees, I share these things with the less corporeal.

My sense of the interconnectivity of all things in the cosmos supports both my my polytheism and my animism. Other people see the world as filled with more separated forces, call them Gods, Goddesses, or beings.

Naming ourselves polytheists or monists, pantheists or dualists, whether we hold these things concurrently or discretely, reflects our experience of the cosmos and how our religious observance – or our magic if we do magic, or our worship, if we worship –  functions. 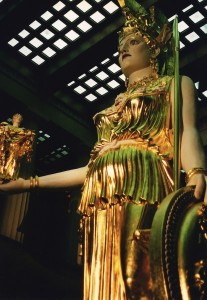 And that, my friends, requires an even longer conversation.

*This is a misunderstanding of the word, which is actually a title meaning challenger or adversary, and not a singular being. Many angels in the Hebrew Bible, for example, held the title of the office “Satan.” See Elaine Pagels “Origins of Satan” for more on this.

** From Chapter One of the Book of the Law.

Pagan
Confronting Empire Takes Us All
Numinous and Concrete

Pagan
Yearning To Be Free
Numinous and Concrete 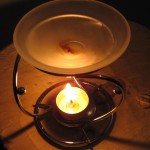 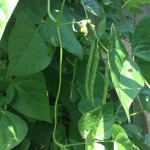